Manga artist Kazuki Takahashi has died at the age of 60, leaving behind an enormous legacy stemming from his hugely popular Yu-Gi-Oh manga.

In sad news, mangaka Kazuki Takahashi (real name Kazuo Takahashi) has been found dead, seemingly while snorkelling off the coast of Nago in the Okinawa prefecture of Japan. 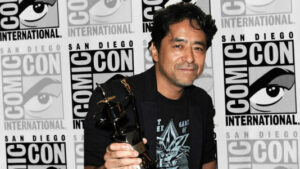 He was found 300 meters out to sea, wearing snorkelling gear, and declared dead by rescuers at the scene. It’s unclear exactly how he died, but authorities have revealed that his body has suffered some injuries from sharks and/or other sea creatures and he may have been in the water for several days.

Takahashi worked as a manga artist for 40 years, with his most popular creation being the Yu-Gi-Oh series for Weekly Shōnen Jump, which went on to become an anime, a hugely successful trading card game, and the inspiration for innumerable video games.

The original manga, about a boy whose body becomes possessed by an ancient spirt that forces him to challenge evildoers to card and dice games, is considerably darker than the more family friendly image of the series today.

Although the Duel Monsters trading card game is the most famous aspect of the franchise there have been dozens of video game adaptations over the years, with the free-to-play Yu-Gi-Oh Master Duel having released just this January for consoles and PC.

Takahashi completed the final volume of the Yu-Gi-Oh manga in 2004 but the franchise has remained popular ever since. 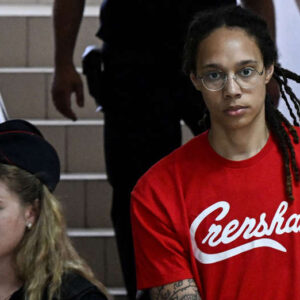 Brittney Griner pleaded guilty Thursday in a Russian court on drug charges that have led the U.S. government to classify...