A Florida professor teaching a “White Racism” course designed to show “the U.S. has been and remains a white supremacist society” will have his classroom guarded by two police officers as his students meet for the first time Tuesday, the university has revealed.

Ted Thornhill, an assistant professor of sociology at Florida Gulf Coast University, said out of an abundance of caution he sent campus police 46 pages of disturbing emails and voicemail messages he received after the class was announced, The News-Press of Fort Myers, Fla. reported.

“We have prepared for any possible distractions related to Tuesday’s first class of the White Racism course, but we are expecting normal campus civility as our students engage in this and other courses at the spring semester’s start,” Susan Evans, FGCU’s spokeswoman and chief of staff, told the newspaper.

Thornhill said none of the messages threatened violence or a disruption of the class, but some called him racial slurs. A few prospective students told the professor they had safety concerns.

“The number of emails I got pales in comparison to the thousands and thousands of comments and post on all manner of social media and traditional media outlet websites that said things that were unspeakable,” he told The News-Press.

“Cancer (Stage 4) is what you and your family deserve for spreading hate, lies & intolerance,” one email said, according to the newspaper.

A security plan was put in place after the professor met with FGCU’s president and other school officials. Administrators would not say if police will remain for the rest of the semester and campus police would not comment on the plan, The News-Press reported.

“I think most of us don’t anticipate there being any unrest or protest or anything like that,” Thornhill said. “But it’s more of a prudent measure to have law enforcement present just in case.”

He called the reaction to the course “upsetting but perhaps not entirely surprising given the nature of these more rabid white racists.”

Thornhill told Fox News in November that his class is “about the search for truth” and any controversy around the title or description proves its “urgency.”

“Too many Americans, especially whites, are cocooned in a ‘bubble of unreality’ as it concerns racial matters,” Thornhill said.

Students will read “important scholarship” to “gain a deeper and more sophisticated understanding of race, white racism, racial inequality, and white supremacy,” in addition to challenging “widely and adamantly held, but empirically unsubstantiated myths about racial matters in the U.S.,” Thornhill added.

Thornhill was adamant that the course isn’t “anti-white” but rather is “anti-white racism.”

“Clearly, not all white people are racists; some are even anti-racist,” Thornhill said, though he added all white people “derive, in some measure, material and psychological benefits by virtue of being racialized as white.”

The course was expanded from 35 to 50 students and is currently at capacity.

Sociology major Ché Hall, 20, is one of the 50 students enrolled in the class and told The News-Press that she has heard chatter about students showing up on the first day to see if others cause problems.

I think a lot of people who said that they would come to start issues are just saying that and won’t actually come,” she added. 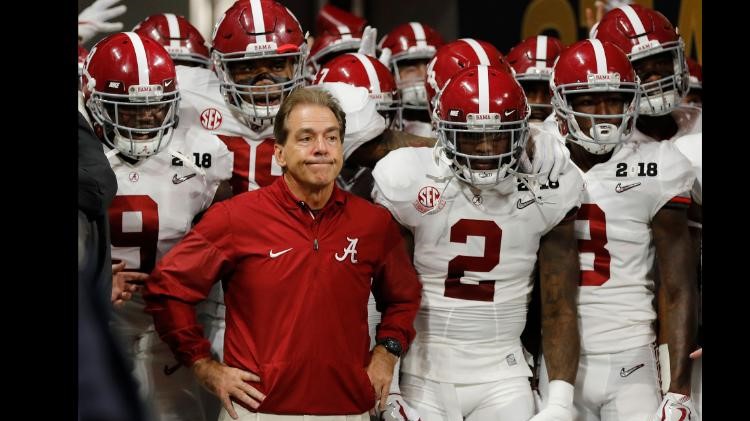 The Crimson Tide title drought didn't last long, but it needed a dramatic comeback from a backup quarterback. Freshman...