Wesley Snipes has been released from a federal prison in Pennsylvania. Snipes was convicted in 2008 on tax charges. He was released Tuesday and placed under home confinement. A Bureau of Corrections spokeswoman said Friday he’ll be under house arrest and monitored by the New York Community Corrections Office until July 19.

Snipes served his sentence at the medium-security Federal Correctional Institution in McKean, in northwest Pennsylvania. By “medium-security” they mean the golf course in only nine holes.

Snipes has appeared in dozens of films, from “White Men Can’t Jump” and “Demolition Man” in the early 1990s to the “Blade” trilogy. He entered the McKean prison in December 2010 to begin a three-year sentence for failure to file income tax returns. Snipes belonged to a group that challenged the government’s right to collect taxes. Prosecutors say he failed to file returns for at least a decade and owed millions of dollars in back taxes.

Snipes had appealed in an Atlanta court, saying he didn’t get a fair trial. 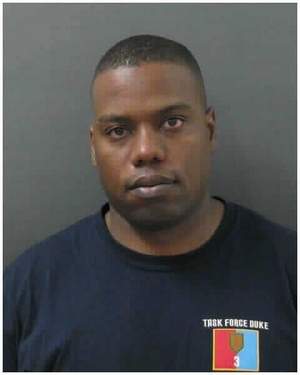 A U.S. soldier was charged in military court with murder and aggravated assault for the shooting death of a civilian employee...