The federal Department of Veterans Affairs has been giving 1,300 veterans hydroxychloroquine as a treatment for the coronavirus since late March — even though the drug has not been proven to be effective against the illness and may even trigger fatal heart problems.

In a study of 100,000 patients with COVID-19 published Friday in the medical journal The Lancet, patients who received hydroxychloroquine had a “significantly higher risk of death” compared to those who were not given the drug. “We were unable to confirm a benefit of hydroxychloroquine” on in-hospital outcomes for COVID-19, the researchers concluded.

An April study of veterans who were given the drug — relentlessly hawked by President Donald Trump — produced similar findings.

Veterans Affairs Secretary Robert Wilkie said in a letter Friday to Senate Minority Leader Chuck Schumer (D-N.Y.) that despite mounting concerns about the drug, the VA will continue to use hydroxychloroquine for veterans.

Revelations of the use of the controversial antimalarial drug have sparked concerns about the effects it may have on veterans, many of whom are older and have underlying health conditions that make them more susceptible to a fatal side effect of the drug: heart arrhythmias, or irregular heartbeats.

“Veterans’ groups remain deeply concerned that the VA has made large purchases of this drug and appears to have administered it to veterans despite the well-known, and in some cases, fatal risks,” Schumer wrote Wilkie earlier this month.

After Wilkie’s letter on Friday, Schumer responded in a statement later that day, saying, “This drug may be useless or even harmful for COVID-19 patients, but the VA continues to administer it to hundreds of vets. Why are we just learning this?”

“We need to know what the basis was for using this drug against the consensus of science, which called into question its effectiveness in treating COVID-19,” he continued. “We also need to know who is authorizing these new trials, what facilities are participating and what families are being told.”

Trump has been aggressively pitching hydroxychloroquine since March, even though the drug had not yet undergone clinical trials examining its effectiveness against COVID-19.

“What do we have to lose?” he asked during a briefing.

The U.S. Food and Drug Administration and the World Health Organization have both warned against using the drug to treat COVID-19.

Last Monday, the president attacked a study of veterans treated with the drug that showed no benefits against the coronavirus. He called the findings a “Trump enemy statement,” insisting they were politically motivated. He then claimed that he had been taking the drug for weeks, though he stopped on Friday.

The Trump administration ordered 29 million doses of hydroxychloroquine before it underwent trials for COVID-19 treatment. The VA also bulk-ordered some 6.3 million doses, according to Wilkie’s letter. 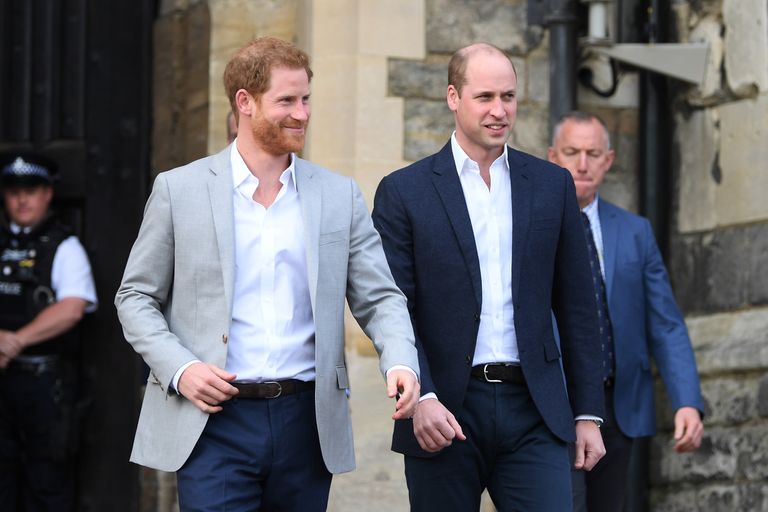 It's been a tough few years for Prince Harry and Prince William's relationship, with rumors of a royal feud cropping up long...