The United States said on Friday it was imposing its largest package of sanctions to pressure North Korea to give up its nuclear missile program, and President Donald Trump warned of a “phase two” that could be “very, very unfortunate for the world” if the steps did not work.

In addressing the Trump administration’s biggest national security challenge, the U.S. Treasury sanctioned one person, 27 companies and 28 ships, according to a statement on the U.S. Treasury Department’s website.

The United States also proposed a list of entities to be blacklisted under separate U.N. sanctions, a move “aimed at shutting down North Korea’s illicit maritime smuggling activities to obtain oil and sell coal.”

North Korea has been developing nuclear-tipped missiles capable of reaching the U.S. mainland and Trump and North Korean leader Kim Jong Un have exchanged taunts that have raised fears of war.

In August, Trump threatened to go beyond sanctions by bringing “fire and fury like the world has never seen,” although his administration has repeatedly said it prefers a diplomatic solution to the crisis.

Speaking at a news conference with Australian Prime Minister Malcolm Turnbull, Trump made apparent reference to military options his administration has repeatedly said remain on the table.

“If the sanctions don’t work, we’ll have to go phase two,” Trump said. “Phase two may be a very rough thing, may be very, very unfortunate for the world. But hopefully the sanctions will work.”

The sanctions’ targets include a Taiwan passport holder, as well as shipping and energy firms in mainland China, Hong Kong, Taiwan and Singapore. The actions block assets held by the firms and individuals in the United States and prohibit U.S. citizens from dealing with them.

Last month, three Western European intelligence sources told Reuters that North Korea shipped coal to Russia last year and that it was then delivered to South Korea and Japan in a likely violation of U.N. sanctions.

“The president is clearly frustrated and rightly so over the efforts that have failed in the past and also over the uptick in testing and the advances we’ve seen in the North Korean program,” a senior administration official told reporters.

At another briefing, Mnuchin stood next to enlarged photos he said showed December 2017 images that revealed ship-to-ship transfers of fuel and other products destined for North Korea in an attempt to evade sanctions.

He said he could not rule out the prospect of the United States boarding and inspecting North Korean ships.

Mnuchin said virtually all shipping currently being used by North Korea was now under sanction and the U.S. government had “issued an advisory alerting the public to the significant sanctions risks to those continuing to enable shipments of goods to and from North Korea.”

Mnuchin said the number of sanctions steps taken by the United States against Pyongyang since 2005 was now 450 with approximately half imposed in the last year.

Christopher Ford, assistant secretary of state for international security and non-proliferation, told reporters sanctions already had affected North Korea’s weapons programs and this was shown by the lengths North Korea was going to try to evade sanctions.

Jonathan Schanzer of the Washington think-tank Foundation for the Defense of Democracies said Friday’s move was “the largest tranche of DPRK (North Korea) sanctions” released by the Treasury Department.

“The only thing missing here today is action against Chinese banks,” he said. “We know they continue to undermine our efforts to isolate North Korea.”

Tougher sanctions may jeopardize the latest detente between the two Koreas, illustrated by the North’s participation in the Winter Olympics in the South, amid preparations for talks about a possible summit between North Korea’s Kim and South Korean President Moon Jae-in.

Nevertheless, South Korea welcomed the U.S. sanctions saying they would “alert those who are illegally trading with North Korea and therefore bolster the international community to carry out resolutions from the U.N. Security Council”.

Taiwan said it was in touch with the United States and would investigate its citizens and entities suspected of helping North Korea. It also called on Taiwan firms and citizens not to break U.N. sanctions.

Reuters was unable to locate contact details for the Chinese companies listed in the new U.S. sanctions.

North Korea last year conducted dozens of missile launches and its sixth and largest nuclear test in defiance of U.N. Security Council resolutions. It defends the weapons programs as essential to deter U.S. aggression. It has been more than two months since North Korea’s last missile test.

Kim said he wants to boost the “warm climate of reconciliation and dialogue” with South Korea, which hosts 28,500 U.S. troops, after a high-level delegation, including his sister, returned from the Olympics.

In an extension of that rapprochement, the North agreed on Friday to hold working-level talks on Tuesday for the Pyeongchang Winter Paralympics on the North’s side of the border village of Panmunjom.

In December, the United Nations approved a U.S.-drafted measure limiting North Korea’s access to refined petroleum products and crude oil, which the North Korea said amounted to an act of war.

In January, Washington announced a round of sanctions and urged China and Russia to expel North Koreans raising funds for the programs.

The U.N. Security Council banned North Korean exports of coal on Aug. 5 under sanctions intended to cut off an important source of the foreign currency Pyongyang needs to fund its weapons programs.

The new U.S. sanctions were announced while Trump’s daughter, Ivanka Trump, is visiting South Korea. At a dinner with Moon at Seoul’s presidential Blue House, Ivanka Trump said the United States wanted to “reaffirm our commitment to our maximum pressure campaign to ensure that the Korean Peninsula is denuclearized.”

Moon said North Korea’s participation in the Olympics had “led to lowering of tensions on the peninsula and an improvement in inter-Korean relations” and were thanks to President Trump’s “strong support for inter-Korean dialogue.”

Ivanka Trump’s visit to South Korea coincides with that of a sanctioned North Korean official, Kim Yong Chol, vice chairman of the North’s ruling Workers’ Party’s Central Committee blamed for the 2010 sinking of a South Korean navy ship that killed 46 sailors. His delegation will attend the closing ceremony and also meet Moon.

The Blue House has said there are no official opportunities for U.S. and North Korean officials to meet. 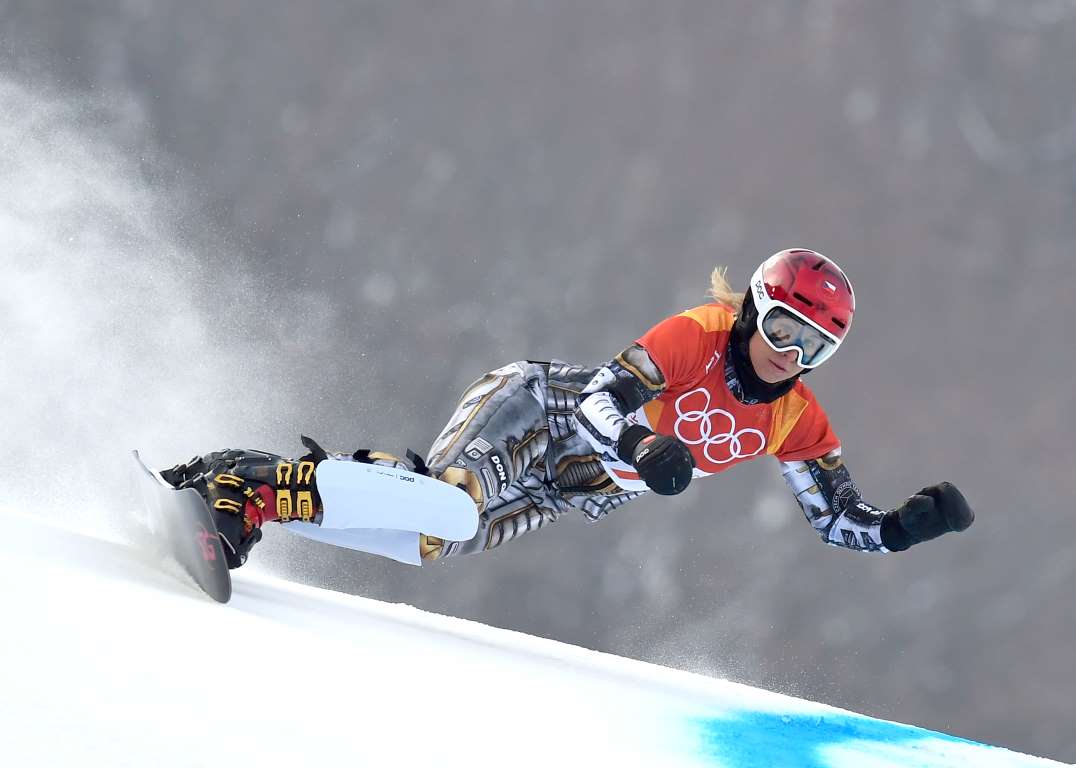 Ester Ledecka has won the second leg of an unheard-of Olympic double, taking the gold medal in snowboarding's parallel giant...