Khloe Kardashian’s baby daddy Tristan Thompson was filmed getting up close and personal with a mystery brunette on a night out in New York last weekend – despite his pregnant girlfriend being just days away from giving birth in Cleveland, Ohio.

The NBA player was spotted getting cozy with the unidentified woman at PH-D Lounge, a rooftop bar in Manhattan on Saturday night.

Videos filmed by other club goers appear to show Thompson, 27, who is expecting a baby with reality star Khloé Kardashian, 33, leaning in for a kiss as he speaks to the woman.

The pair were filmed chatting intensely before the woman leaned her head into the hood of Thompson’s sweatshirt.

As she leans in closer, eyes closed, it appears that the couple share a kiss.

Other videos from the night show Thompson chatting with friends and dancing to music at PH-D’s Sunset Saturdays event.

His team, led by LeBron James, played in Philadelphia on Friday night, and weren’t scheduled to play another game until Monday, against the New York Knicks in Manhattan.

Following a win in Monday’s game, the Cavaliers captured a Central Division title, which could mean more travel for Thompson as playoffs get underway.

According to a club goer who observed Thompson on Saturday night, Thompson and his group of around ten friends were at the bar from around 7:30 pm until approximately 9.30 pm.

The woman who filmed the clips said: ‘I was there and he was on the table right next to us with a group of friends and some girl who he was obviously making out with all night.

‘They were holding each other and it was so obvious. They were there when I got there and they were part of a big group of friends.

‘They were talking and being around each other all night. He was texting and talking on the phone and she was obviously looking over his shoulder.

‘Everybody knew who he was. We talked about it and everybody watched them make out several times.

‘I know how he looks like and people were trying to take selfies with him but he didn’t let them.

He wasn’t wearing anything on his head but he later pulled his shirt and tried to hide, but at the start it was obviously him. I don’t know who the girl was but I took a picture of her looking over his shoulder.’

The source, who wishes to remain anonymous, added: ‘I love the Kardashians and I think it’s devastating. I really did believe he was a good guy.

‘I feel so bad for Khloé now because she is pregnant and I want her to know but at the same time I don’t. I don’t think their fans will like what they see.’

Thompson and Khloé have been dating since 2016 and in December, the Keeping up with the Kardashians star announced her pregnancy by sharing a snap of her bare baby bump.

At the end of February, the Kardashian sister revealed she was eight months along, set to give birth any day now.

Khloe has been staying in Cleveland where she plans to give birth to her and Thompson’s daughter.

Insiders told TMZ that Khloe went into labor on Monday morning, but in social media clips she appeared to still be at home that evening.

TMZ also claimed that her baby doctor, Dr Aliabadi, is just outside of Cleveland now, which is another sign she is getting close.

On Monday night, the 33-year-old took to Snapchat to share video of herself busting out of a gray sports bra and showing just the top of her baby bump.

The Keeping Up With The Kardashians star posted a photo to her Instagram showing her kissing a shirtless Tristan as he cradles her swollen belly.

‘We are ready whenever you are little mama,’ she captioned the snap. 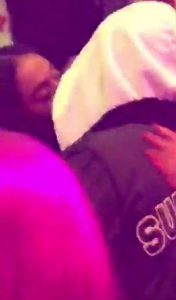 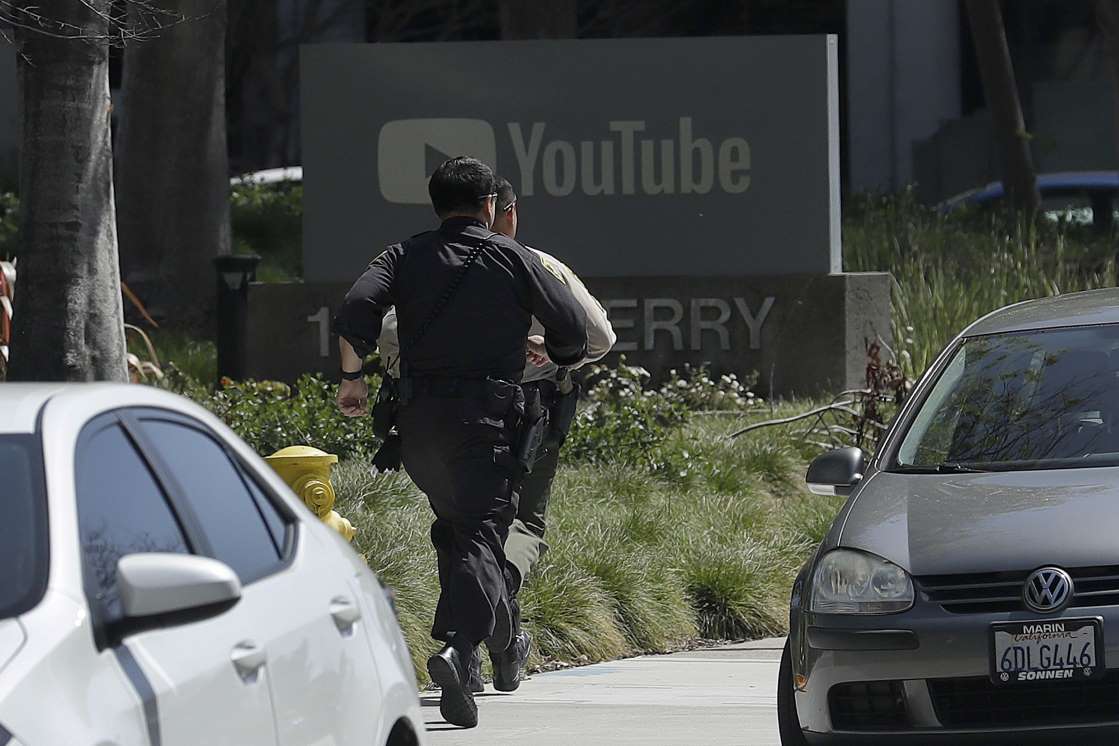 Update: (5:32 pm) Report states that the situation have been contained and the shooter was a women and have been killed. The...