I know first hand that being a stepmom is a job no one gets right in the beginning. For me it is one of the hardest job I’ve ever had. I have been challenged emotionally, intellectually, and physically. I have been forced to define and redefine myself as a woman, a family member and as a spouse. And I’ve concealed and weathered such hurt and pain at the hands of my stepchildren treating me with rejection, apathy, hostility, betrayal and even threatened physical harm to me. But I will say this, that I’ve never felt such dislike or unwelcome-ness in my forty plus years on this earth. In a funny but sad way sometimes it is so confusing just trying to understand their hot-and-cold behavior. For example at times I get along great with them and then there are other times I’m treated as if I am a communicable disease.

Now I will admit this, that one of my step-kids and I were close for a period of time, well let me restate that, I thought my step-kid and I were close for a period of time, but a few years ago it all went so far sour, it was beyond crazy, and when I say crazy, I mean crazy. It was like a rug was pulled from under me. To be told that I was nothing, and never have been anything to a person whom I love, and treated like my own, to me was just unforgivable. To be threatened physically, and lied on in such a vindictive way was just too much I feel for anyone to endure. I could have came back with fists a blazing or acting in an irrational way that was honestly beneath me, but I didn’t, after being talked down and calming down I realized that it wasn’t worth it. That being the bigger, more mature and sane person was the way to go. And I’m glad I did that because it left me in control and not allowing a person to control me, my emotions, feelings and actions. But it did give me insight into exactly what this person had been feeling and thinking of me all the while pretending to care for me. So it was very hard to deal with, but in time I did forgive my step-kid. I had to, because I couldn’t allow a person to control my emotions and make me second guess who I was as a person. But at the same time I had to take a step back from my step-child and the tornadic situation in itself. I try my best to surround myself with people who love and support me and those who don’t you can best believe you always have to stay alert and watch your back with. But who knows maybe well down the road we will come to be in a better place but for now it’s a process in a process that I feel is unhealthy and toxic for me. So I choose to love them from a distance and devote my time and energy to people and things that’s positive and loving in my life.

I know you’ve heard the saying “ Damned if I do and damned if I don’t”, well that sums it up in a nutshell for me because no matter what I did…….they didn’t like me. I turned myself inside out trying to please them but still……they didn’t like me. Some days it felt like they even hated me for breathing. Throughout their lives I bent over backwards to show how good and kind hearted of a person I am, but not a pushover either, in hopes that one day they would come around and hopefully we have a better relationship. But it’s been over 20 years, and no matter what, every time I think we’re taking steps forward, they do or say something that shows me that forward is not the direction they’re wishing to go with me. As the quote says “Don’t worry about those who talk about you behind your back, they’re behind you for a reason”. And I truly believe that. You have to spend your emotional resources on people and events that are deserving of you.

Now after over 20 years in, I can say I am a better person for having helped my husband raise his children. The survival of our marriage through all of this has made it stronger and made us communicate even more. There is no sure fire way to bring peace and understanding to a relationship with your stepchildren, but hopefully my recommendations will be a start.

It doesn’t make anything easier by having the word wicked being the first word associated with being a stepmother. There are so many times that being a step mom has made me want to scream, cry, and pull my hair out all at the same time. But also there have been some good times with them. Be yourself and hopefully when they’re ready they will come around and you will have a great relationship with them. And if that doesn’t happen, feel great knowing you’ve done all you could do.

Your Self-Esteem May Be Put To The Test

It seems no matter how nice you are to your step children, at times you may get ignored, disrespected, and tested in so many ways. But if you don’t have a strong sense of self-worth, your insecurities will have you doubting your every move. I jokingly have said that I could cut my arm off for one of them, and they would find fault in that. Don’t ever allow anyone to make you doubt yourself, that’s only giving them power over you and who you are. Always love yourself and know your self-worth and don’t settle for anything less than the best.

I think as a step parent you’ve heard the saying “love them like they’re your own”. And to me that can be some of the worse advise. To me it goes up there with the saying “when you married him you married his family.”…..Wrong….. Just because you’re in love with someone doesn’t automatically mean you love his kids, and it’s no where that says this is a prerequisite for a loving and successful blended family.  Look I’ve went many Birthdays, Mother’s Days, Christmases, just any day with out even a kind gesture from my step children. I’ve lost close love ones, and had surgeries and never even received a “condolence or get well wish.” No matter what they were going through I was there for them, and that will never change, because that’s the kind of person I am. You may not receive a lot of love, if any from your step children but never allow that to take away from the person you are.  As a step-parent you should strive to act in a loving, kind and respectful way and if love develops from them or you, just consider that a wonderful added bonus.

Your Relationship With Your Spouse Must Come First

One of the worst mistakes couples sometimes make is putting their relationship on the back burner or in other words last. Your relationship can’t survive whenever you allow anyone to come between you. You have to be strong as a couple and communicate and stand together. You did make the vows and said “for better or worse.”  Always try and keep as much harmony in your home as possible and keep the drama with the ones trying to cause the drama. I am so thankful that I have a partner that love, support and is committed to us having a solid foundation and not allowing lies and vindictive actions come between what we’ve built. And at the same time see through what’s fact and what’s fiction. His support throughout all of this has been some of what’s given me the strength to preserver and again leave the drama with those that’s causing the drama. You having communication and openness with your spouse is key. Remember, prioritizing your marriage isn’t done at the expense of the children but it’s done for them. They need a solid foundation.  So you always put your marriage and spouse first.

Look a lot of children worry that their acceptance of a step-parent mean they’re betraying their biological parent. They may feel or have been taught to feel that if they accept you, like you or even love you that it would hurt or anger the biological mother. And sadly with some insecure mothers, they are jealous, hurt and angry.  In these situations the step children feeling this way does increase their need to show their “loyalty bind” to the biological parent by rejecting and being hostile to you simply just to show their loyalty and love to the other parent. As I say, it is what it is. It’s no way to sugar-coat this scenario. But you have to let your step children know that you’re not trying to replace their mom but that you would love to have a good relationship with them as well. I’m not going to lie, this will be very hard because of you having to work extra hard because you’re having to contend with a biological parent that is insecure within themselves and thus pushes it off onto the child. I’m not saying that you can break the chain from a step child that feels having a relationship with you would mean to other parent that they’re not loyal. It may be hard but you have to at least try and break that insecure chain that the other parent may be placing the child in. And in case this is not due to the pressure of the biological mom, then you and that biological parent sitting down and explaining this to the child may be the best way of them understanding this.

Be Open To Letting Go

You have to be open to the chance that you may never be close to all or any of your step children. They may feel they don’t need to or may feel having a relationship with you causes their loyalty to be questioned when it come to the other parent. But remember there is enormous grace and courage in being able to bow out and let go. This is completely different than giving up. It is up to that step child to hopefully one day come around and have a change of heart. Everybody situation is different but I promise you there is always some common vulnerabilities. There is no family that’s smooth sailing all the time, but any family have the potential to rise above those challenges and come away with something that is so extraordinary. Good Luck

I truly wanted to write a brief message to say thanks to you for sharing this much needed article on your website. My extended internet search has now been paid with wonderful facts and strategies to exchange with my best friends. Thanks a lot again for a story that touch not only my life but I’m sure many other’s also. 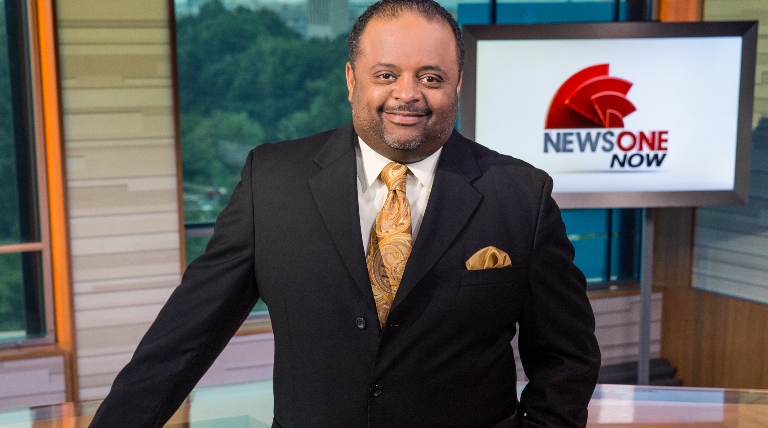 Roland Martin, host and managing editor of “News One Now” sat down for his exclusive interview with Prestige Celebrity...