In an emotional interview, Evelyn Braxton is speaking out against the abuse that her daughter, Tamar Braxton, endured in her nearly 10-year marriage.

“It was definitely a volatile relationship,” Ms. Braxton says during a phone conversation from Atlanta, Georgia. “This has been going on for years.”

The matriarch of the Braxton family says Tamar’s estranged husband, Vincent Herbert, was both physically and emotionally abusive throughout the marriage, something that has long been kept secret—until now.

“Everybody saw Vince as a knight and shining armor, [but] behind closed doors that’s a horse of another color,” Evelyn Braxton says. “I’m tired of [Tamar] being abused and misused.”

Ms. Braxton first made claims about the alleged abuse while she was approached by TMZ photographers at Los Angeles International Airport. “I love Vince, but I don’t want him to kill my child,” she said just days after Tamar filed for divorce. About a week later, reports claimed that Tamar was “upset” with her mother for going public and refused to film with her for their reality show.

Evelyn says, however, that she and her youngest daughter are doing just fine and are “talking” and “hugging.”

“They say the truth shall set you free. They’ve been trying to hide it for years. And I have the audacity to tell the truth,” she says.

Part of telling the truth is also exposing WE tv, which airs the ratings giants Braxton Family Values and Tamar & Vince. “We spoke up about it on the ‘Braxton Family Values’ but they would not show it. They would show all the other girls and their husbands, but when it came to Vince, they took it out of the show,” she reveals.

When asked if she ever addressed Herbert over his alleged abuse, Evelyn Braxton, who temporarily lived in the couple’s Los Angeles home, says his response was always that Tamar’s “mouth” was to blame. “It’s always ‘it’s Tamar’s mouth’…it’s always someone else. That does not give you the right to abuse her. Everybody has a mouth. Everyone should have the right to say what they want. Are you trying to beat [her] into submissiveness? No one has the right,” she says.

Last year, a 911 call placed from a Ritz-Carlton hotel in Atlanta claimed that Vince and Tamar had been involved in a domestic dispute. Vince reportedly bit Tamar’s hand and caused the singer to bleed. No police report was ever filed.

Ms. Braxton confirms that the reports of the hotel altercation were indeed true. She also revealed that Tamar’s older sisters tried to intervene in the marriage to no avail. “Her sisters have been trying to fight Vince for a long time but it was always denied,” she says.

Ms. Braxton says she is choosing to speak out now not only because she wants her daughter to be safe, but also wants to put an end to domestic violence at large. “I think too many women are abused, and it’s high time that we stand up and stop this madness,” she says. “Do you know how many women are killed each year? I just don’t want Tamar to be a part of that.

When asked about the possibility of Tamar changing her mind about the divorce, Ms. Braxton had this to say: “For the person who is abused sometimes they do change their mind. Their mind is so wrapped up in the fact that maybe it was my fault, or I can change them, or maybe I didn’t love him right or do the right thing; or maybe my family is too involved and it’s my family that’s separating us. They convince themselves of that because their minds are weak. If they were strong people they would get out of it the first time.”

She does hope, however, that Tamar is able to move on with her life.

“It’s too bad they couldn’t work it out, however, I’m tired of her being abused and misused. And I’m tired of being in the middle of it. It’s harder than what you think,” she says. “Sometimes you have to move forward, even when we don’t want to. Life is extremely short and things can happen within the twinkling of an eye. This too shall pass.” 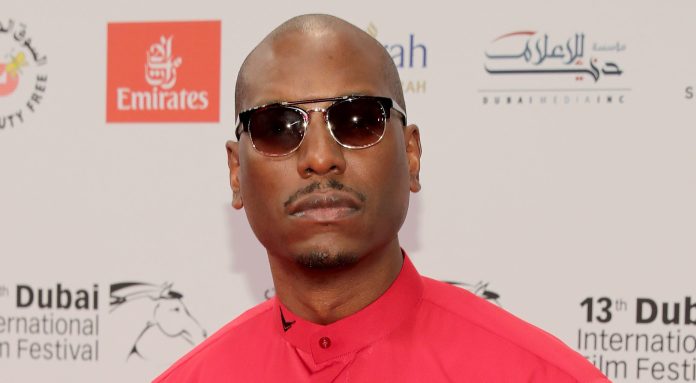 Tyrese submitted legal documents in the ongoing case between him and his ex-wife, Norman Gibson, revealing that he is as broke...