The 21-year-old suspect in Monday’s massacre at a Colorado supermarket — which left 10 dead including a store manager and a police officer — faces 10 counts of murder in the first degree, police said Tuesday.Ahmad Al Aliwi Alissa, of Arvada, near Denver, is accused of opening fire Monday afternoon at the King Soopers store in the university city of Boulder, killing people ranging in age from 20 to 65, authorities said. Police took the suspect into custody at the store Monday afternoon, less than an hour after panicked 911 callers told dispatchers of the killings unfolding there.

Here’s what we know about the Boulder shooting suspect Alissa, who at some point was shot in the leg Monday, was booked Tuesday into county jail after being treated at a hospital, authorities said. Officers described his wound as a “through and through” gunshot wound to his upper right thigh, according to an affidavit from Boulder County. It wasn’t clear who shot him, Boulder Police Chief Maris Herold said.Alissa will have his first court appearance at 8:15 a.m. (10:15 a.m. ET) Thursday, according to Colorado Judicial Branch online records.

The motive in the Boulder killings — one of several mass shootings in the US over the past week — isn’t immediately known, and the investigation will take a long time, authorities said. Still, investigators believe he was the only perpetrator, they said.”I promise that all of us here will work tirelessly … to make sure that the killer is held absolutely and fully accountable for what he did,” Boulder County District Attorney Michael Dougherty said Tuesday at a news conference in Boulder.Police on Tuesday also released the names of those killed: Denny Stong, 20; Neven Stanisic, 23; Rikki Olds, 25; Tralona Bartkowiak, 49; Suzanne Fountain, 59; Teri Leiker, 51; Boulder police Officer Eric Talley, 51; Kevin Mahoney, 61; Lynn Murray, 62; Jody Waters, 65.

A young grocery store manager and a heroic officer were among the 10 Boulder shooting victims. The suspect has “lived most of his life in the United States,” Dougherty said Tuesday, without elaborating.The shootings in Boulder, home to the University of Colorado’s main campus nestled by the Rocky Mountains northwest of Denver, came less than a week after shootings at three spas in the Atlanta area left eight people dead.In the past week alone, the United States has seen at least seven shootings, in each of which at least four people were injured or killed.

Witnesses have described scenes of terror and panic at the supermarket Monday.The affidavit states Boulder police 911 dispatch received multiple calls. One caller told dispatchers the shooter shot out the window of a car and chased a man toward the street. Other callers said the shooter was wearing “an armored vest.”Multiple callers said they were hiding in the store. Employees told dispatchers they “observed the suspect shoot an elderly man in the parking lot. The suspect then walked up to the elderly man, stood over him and shot him multiple additional times,” the affidavit said.

College student Anna Haynes was across the street in her apartment when heard what turned out to be gunshots, and then looked outside and “saw a body in the middle of the parking lot.””I also saw the gunman himself holding a semiautomatic rifle,” and eventually he was “shooting rapid-fire” at something before entering the building, said Haynes, editor-in-chief of the University of Colorado’s CU Independent.”And a few seconds later, I saw people running out of the building; I heard screaming; I heard people leaving in their cars, and it just evolved into chaos within just a couple of minutes,” she said.Maggie Montoya, a pharmacy tech at King Soopers, told CNN’s Anderson Cooper she was signing people up for Covid-19 vaccinations when she heard the first shot and her store manager yelled there was an active shooter.”We all just scattered just at the first sound,” Montoya said.Montoya and a fellow pharmacist then ran into a counseling room and hid under a desk. The two of them called 911 and stayed under the desk for about an hour. They didn’t realize how close the shooter was until police announced they had the building surrounded and they heard him right outside the pharmacy.”They found his weapons right by the pharmacy,” she said, adding that she heard the shooter say: “I surrender. I’m naked.”Walking out of the grocery store was when it hit Montoya. She said she saw Olds’ body.”And that’s when it all crashed down,” she said. “It all came crashing down, seeing someone I knew dead, that wasn’t going to be able to walk out to her family.”

This image shows police escorting Ahmad Al Aliwi Alissa from the supermarket, according to his brother. Ryan Borowski told CNN he was grabbing a bag of chips and a soda when he heard the first shot and saw a terrified woman running toward him. By the third shot, he was running with her toward the back of the store. They and others gathered with employees in the back.”I saw a lot of very wide eyes. … The employees in the back of the house didn’t know what was going on, so we told them that there was a shooter, and they told us where the exit was,” he told CNN on Tuesday. Images from the scene — from a livestreamer and from CNN affiliate KMGH — recorded police escorting from the building a shirtless man with blood on his leg, with his hands apparently cuffed. That man was the arrested suspect, Ahmad Al Aliwi Alissa, his brother Ali Aliwi Alissa told CNN Tuesday.

Police officer and store manager among those killed

The slain officer, Talley, was one of the first to respond to the scene, according to Herold. Witnesses told dispatchers they reported seeing the shooter shoot at police, the affidavit said. Officers had exchanged gunfire with Alissa at the store, Herold said.Officers wrote that Talley was down and had to be dragged out by SWAT officers, the affidavit said. Officers reported Talley had a gunshot wound to the head.

Officer who responded to a mass shooting in Boulder was killed. He leaves behind seven children Talley joined the Boulder police force in 2010, she said.Talley, a father of seven children ages 5 to 18, once had a different profession and “didn’t have to go into policing, but he felt a higher calling,” Herold said Tuesday.”He cared about this community … and he was willing to die to protect others,” she said.Olds, 25, of Lafayette, was a front-end manager at the store, her uncle, Bob Olds, told CNN.She was a “strong, independent young woman” who was raised by her grandparents, Bob Olds said. “She was so energetic and charismatic and she was a shining light in this dark world,” he told CNN.Olds and another victim were graduates of Boulder-area high schools, said Rob Anderson, superintendent of the Boulder Valley School District.Olds was a 2013 graduate of Centaurus High School and Denny Stong was a 2019 graduate of Fairview High School, Anderson’s statement read.”Several of the other victims were parents of our graduates and given the fact that this is a close knit community, there will likely be many other connections to BVSD schools both amongst those who were killed and other victims,” Anderson said.

‘Gun, gun, gun! Run, run, run!’ Grocery store witnesses describe the deadly rampage in Colorado Kroger, which owns King Soopers, said Tuesday three of the victims were employees: Denny Stong, Rikki Olds and Teri Leiker.”In the hours since the shooting, we’re learning of truly heroic acts that included associates, customers, and first responders selflessly helping to protect and save others. We will remain forever grateful to the first responders who so bravely responded to protect our associates and customers,” the company’s statement read.King Soopers in Boulder will remain closed while the shooting is being investigated, Kroger said.Suzanne Fountain “was a person who all of her life really was about doing service, helping others,” her longtime friend Helen Forster told CNN’s Erin Burnett.Forster said she met Fountain during a community theater production in the late 1980s and later hired her to work at her non-profit organization, where Fountain worked for 17 years.”She would be the first person that people would see when they walked in the door of the non-profit building that we operate, and she just would take care of everybody. She was calm and reassuring when things were stressful,” Forster said.Forster said Fountain also worked at a local hospital for a number of years and later became a Medicare consultant, helping seniors.”I think we’re still a little bit in shock, and we’re stunned. And I think we just have to take one day at a time and remember what she did for all of us,” Forster said. “You hold someone in your heart, whether they’re on the planet or not, you know. So, I think that that’s what a lot of us will be doing moving forward.”Stong was a “wise young man,” according to his coworker Logan Ezra Smith.”Me and him were both big Second Amendment supporters and would go shooting on the weekends,” Smith said. “I will miss his smile and his laugh but as well as his honesty. He put you in your place.”

Police said they were called there about gunfire around 2:40 p.m. (4:40 p.m. ET) Monday.Ambulances and officers from several law enforcement agencies arrived at the store, part of a large shopping center with a two-story strip mall next door.In scanner traffic, officers radioed that they were in a gunfight. They reported being fired at with multiple rounds through at least 3:21 p.m. local time.

Boulder Police released this booking photo of shooting suspect Ahmad Al Aliwi Alissa.A SWAT team responded to the scene, the affidavit said. An officer says they saw the shooter walking backward toward the SWAT team to be taken into custody. The shooter “removed all of his clothing and was dressed only in shorts.”Alissa did not answer officers questions about other suspects, but he did ask to speak to his mother, the affidavit said.The suspect was taken into custody at 3:28 p.m., Herold said. There was no indication of alcohol or drug use, the affidavit said.An AR-15-style pistol, modified with an arm brace, was used in the shooting, a senior law enforcement source told CNN on condition of anonymity. A search of the suspect’s home turned up other weapons, the source said. 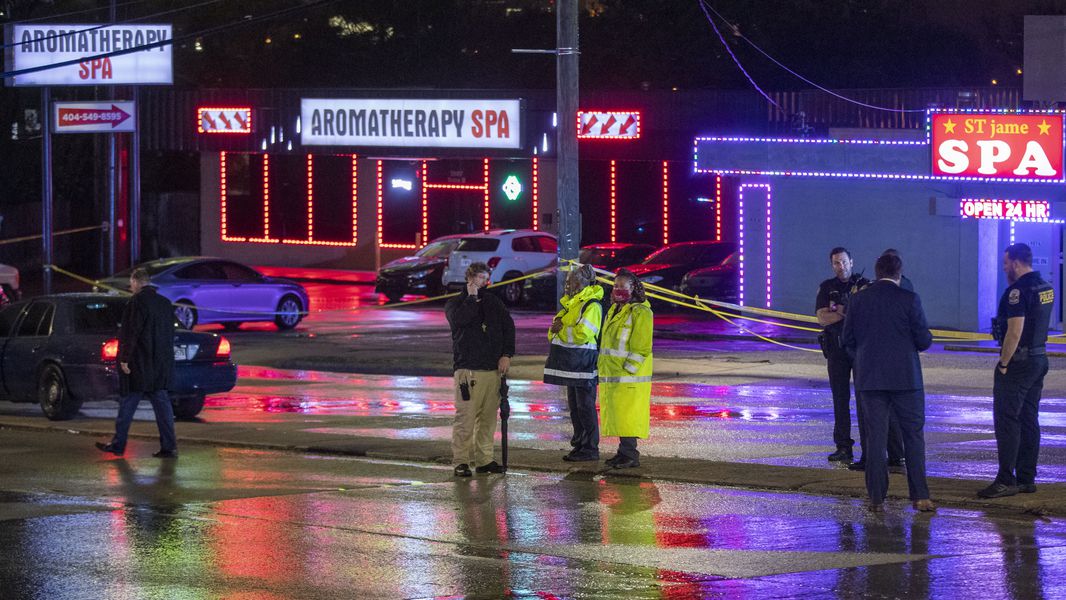