Stellar Awards: The Winners and Best Moments From the 2015 Ceremony

For 30 years, the Stellar Awards have honored artists whose unique Gospel sounds have inspired the nation. Every year, artists from the Gospel Music genre gather to experience their biggest celebration annually and award those who have put hard work and dedication into their sound. With award categories pertaining to the world of the very specific genre, some of the biggest names in Gospel Music attend annually. Every year there is a star studded red carpet, outstanding performances, and entertaining highlights. The 2015 Stellar Awards were no exception with deserving winners and one amazing surprise performance.

The 2015 show, held in Las Vegas, was co-hosted by David and Tamela Mann along with Ricky Smiley. The dynamic trio was described by several social media sites as some of the best co-hosts the awards ceremony has seen in its 30 years.

Among award winners was ten time nominee Eric Campbell. This stellar performer cleaned house during this show, claiming several awards including; Contemporary CD of the Year, Artist of the Year, and Urban/Inspirational Singer of the Year. With a moving acceptance speech, Campbell took to the stage to acknowledge her sister and the support she has received particularly over the last few years. Her sister, who is part of the duo “Mary Mary” also won an award the same night. Later in the evening, Deitrick Haddon took to the stage to accept his award for Best Male Vocalist of the Year. His heartfelt acceptance included references to his difficult past year and his ability to overcome thanks to his outlet—Gospel Music. He dedicated his award to those that were like him, the people who overcome adversity and terrible decision. A little later in the night he took to the performance stage with several other big names to sing their rendition of “My City.” The collaboration included 7 artists in total.

The New Artist of the Year Award was collected by Tasha Page Lockhart, who had the honor to perform on stage with other first timers “The Wall.” The group performed “Faith Come Alive” and “Great is Your Love” on the main stage. Co-host Tamela Mann also came out of the two hour night with an award for Special Event CD of the Year for her work on “Best Days Deluxe Edition.”

Like other awards shows, the two hour broadcast was only made complete by the star studded musical guest roster that took to the main stage to highlight both classic and new Gospel Music. The biggest surprise of the night was the on stage reunion of girl group, Destiny’s Child. Michelle Williams opened the show and was quickly joined on stage by former group member Beyoncé Knowles and Kelly Rowland. The show stopping performance to “Say Yes,” was a fantastic way to open the ceremony. Other performers included Yolanda Adams, Canton Jones Jr., and Pastor Beverly Crawford.

A beautiful finale for the night, Bishop Paul Morton was presented with the Allstate James Cleveland Lifetime Achievement Award for his work. He was serenaded with a beautiful rendition of “I’m Still Standing” performed by Kurt Carr and the Kurt Carr Singers.

Known nationally as the “Greatest Night in Gospel Music,” the Stellar Awards are held to honor the amazing performers that pour their heart and soul into the inspirational and moving genre of Gospel. The 2015 Stellar Awards was pre-recorded March 28, 2015 at the New Orleans Arena in Las Vegas and was shown nationally on tvOne. Prestige Magazine wish to thank The Stellar Awards for allowing us the privilege to cover and report on one of gospels greatest award shows, that continue to excel each year. Please check through-out the year for updated information on next years Stellar Awards so that our readers can get their tickets early and share in the upcoming 2016 year at the Stellar with Prestige.  Check out the winners below of the 30th Anniversary 2015 Annual Stellar Awards.

ARTIST OF THE YEAR IS ERICA CAMPBELL  – HELP, MY BLOCK/EONE MUSIC

CD OF THE YEAR WINNER IS ERICA CAMPBELL, HELP, MY BLOCK/EONE MUSIC

CHOIR OF THE YEAR WINNER IS RICKY DILLARD & NEW G, AMAZING,LIGHT RECORDS/ENTERTAINMENT ONE

CONTEMPORARY GROUP/DUO OF THE YEAR WINNER IS THE WALLS GROUP, FAST FORWARD, FO YO SOUL RECORDINGS/RCA

TRADITIONAL GROUP/DUO OF THE YEAR WINNER IS LISA KNOWLES & THE BROWN SINGERS, THE EVOLUTION CONTINUES, ONE VOICE MEDIA

CONTEMPORARY MALE OF THE YEAR WINNER IS SMOKIE NORFUL, FOREVER YOURS, TREMYLES/MOTOWN GOSPEL

CONTEMPORARY FEMALE OF THE YEAR WINNER IS ERICA CAMPBELL, HELP, MY BLOCK/EONE MUSIC

TRADITIONAL FEMALE OF THE YEAR WINNER IS BEVERLY CRAWFORD, THANK YOU FOR ALL YOU’VE DONE, ECHO PARK/JDI

CONTEMPORARY CD OF THE YEAR WINNER IS ERICA CAMPBELL, HELP, MY BLOCK/EONE MUSIC

YOUTH PROJECT OF THE YEAR WINNER IS KENDRA SMITH, SOMETHING NEW, DIVINE RECORDS

QUARTET OF THE YEAR WINNER IS LISA KNOWLES & THE BROWN SINGERS, THE EVOLUTION CONTINUES, ONE VOICE MEDIA

PRAISE AND WORSHIP CD OF THE YEAR WINNER IS WILLIAM MCDOWELL, WITHHOLDING NOTHING, DELIVERY ROOM MUSIC/ENTERTAINMENT ONE

GOSPEL RADIO OF THE YEAR WINNERS

MAJOR MARKET OF THE YEAR

LARGE MARKET OF THE YEAR

MEDIUM MARKET OF THE YEAR

SMALL MARKET OF THE YEAR

INTERNET STATION OF THE YEAR

GOSPEL ANNOUNCER OF THE YEAR

For More Coverage and photos of the 30th Anniversary 2015 Stellar Awards, click and view on    page 70 in our September Issue 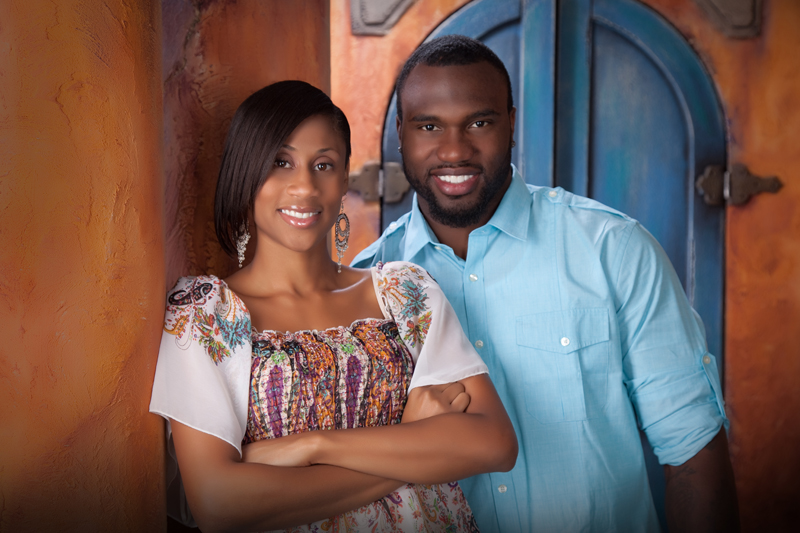 Sylvia: Hello Andrea, we would like to say thank you so much for taking time out of your busy schedule to interview with...