Gubernatorial candidate Stacey Abrams wrapped up a long day of events, aimed at highlighting issues in

Starting the day on a somber note, Abrams joined the grieving family of Brianna Grier, a 28-year-old

mother of twins who died after falling out of a patrol car.

“She was a great mother but when she had an episode, we didn’t know which was she was gonna go,”

Brianna’s dad Marvin said. “We didn’t know if she would hurt herself or us.”

Brianna’s family called 911 when she was having a mental health crisis on July 15. While the family

hoped she could be taken to a hospital by ambulance, they said the only option for help was Hancock

the state of Georgia and we need to do something about that,” said Ben Crump, the family’s attorney.

Grier was handcuffed and not in a seatbelt when she fell out of a patrol car; dying six days later due to

“When you call law enforcement to your house, you should only have them there if you’re in danger, not

because you are sick. Instead of sending someone who had the ability to grapple with a psychotic

episode, law enforcement was sent to their house,” Abrams said. “These are solvable problems in the

“If there were other options for care,” Marvin said. “We’d have never called 911 and she would be living

As Abrams hopes to address mental health and Medicaid expansion, she also wants to address crime and

the perfect opportunity to highlight those issues.

each week. We’ve found the program did successfully drive down calls for law enforcement during game

On the final night of this season, a shoe drive was held for kids, which Dickens and Abrams both assisted

CanIKickIt, the company that sponsored the shoe giveaway.

Right before game time, Sen. Raphael Warnock joined Abrams and Dickens for the remainder of the

night. Warnock is up for reelection, and the imagery of the three leaders together sent a clear message of

support for one another.

While the level of campaigning is clear, Abrams said regardless if she wins or not, she would still be

“I intend to show up at the hard times, at the good times, show up where the people are and do my best

to meet them where they are and invest in their needs,” she said.

As for the Grier family, their attorney said the GBI investigation into her death is not yet complete. 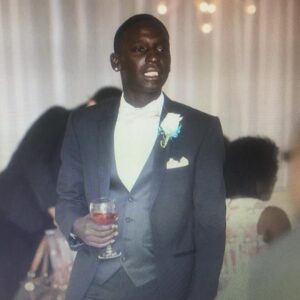 Atlanta police are searching for the person they say shot and killed a father of five at a busy intersection. Police believe...