With the 2014 World Cup in Brazil only months away, the United States men’s national team  is on a 10-game winning streak, including three straight World Cup qualifying wins. They are blazing a path into the CONCACAF Gold Cup finals, which gives U.S. fans plenty of reasons to be excited.

Less than two years ago, left-back was easily the weakest position on the team, now it may be one of the strongest. Jonathan Bornstein’s disastrous performance in the 2011 Gold Cup final condemned his national team career, as well as the coaching tenure of former manager Bob Bradley.

Besides Bornstein, the U.S. had no other natural left-footed options (other than a ridiculous attempt to play Jose Torres there last June) and at various times tried to shoehorn Timmy Chandler, Eric Lichaj and Michael Parkhurst into the position. Now, with DaMarcus Beasley playing the best football of his career and Fabian Johnson probably still the No. 1 at that position, left-back is as solid as ever.

Throughout 2014 World Cup qualifying, much of which was done over the past year without Landon Donovan and with a misfiring Jozy Altidore, Clint Dempsey has been the rock of the national team. He has 10 goals for the U.S. over the past year, many of them lifesavers to a U.S. squad that was devoid of attacking flair.

For much of the past year and a half, Jozy Altidore struggled to replicate with the national team the spectacular form he was enjoying at the club level. However, this summer, that form returned for the national team, and Altidore scored in all three of the World Cup qualifiers for the U.S. With Clint Dempsey operating underneath him and the U.S. finally getting some decent wide play, Altidore’s stock with the U.S. has never been higher.

It’s not surprising considering the long history of producing top-flight goalkeepers, but the U.S. is once again stacked at the goalkeeper position. The team essentially has two No. 1 goalkeepers in Tim Howard and Brad Guzan, who both start for their clubs in the English Premier League. Should either fall out of form, get injured or pick up an unfortunate yellow-card suspension, the net will be well minded with the other.

Perhaps the most exciting aspect of this summer’s CONCACAF Gold Cup has been the reemergence of the United States’ all-time leading goalscorer, Landon Donovan. In the tournament, Donovan is on fire with five goals and seven assists and on track to be the Golden Boot winner.

Since losing its opening World Cup qualifier in the hexagonal in February, the national team has gone a remarkable 11-1-1, including the current 10-game winning streak. Those types of results are clearly affecting coach Jurgen Klinsmann, as well as the team during this Gold Cup as a team that is playing with more confidence than ever. Gone is the sinking feeling that everything is about to go awry at any moment, and it has been replaced with a feeling that the team will recover from bumps in the road, just as it has in the past two games when giving up goals against the run of play.

Of course, the team is still one year away from the World Cup which is an eternity in international football, just ask the Mexican national team. This squad still needs some fine tuning before it sets down in Brazil next summer. Sure, you can say that there are precious few games for the current crop of players to gel, but wouldn’t it be wiser to use these precious few games to get it right? I can’t say that I am a soccer fan, but I am an American. So I will be glued to the television next summer cheering as loud as loud as I can for the U.S.Men National Team. USA, USA, USA!!! 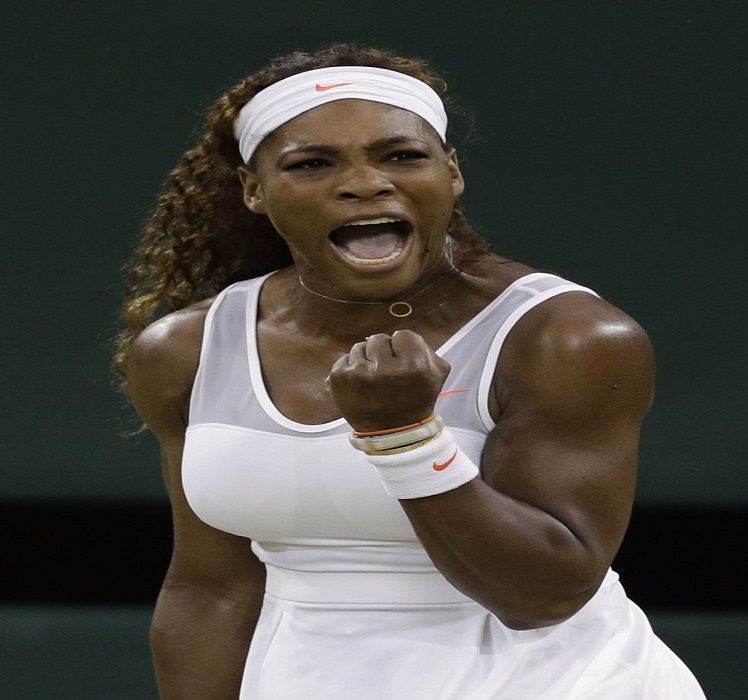 Serena Williams, at 31, is the best player on the WTA tour by far. Her biggest "rivals" at the moment, Victoria Azarenka...