Singer and “The Voice” mentor Cee Lo Green has been accused of sexual assault, but he is adamantly denying the accusations.

The “Forget You” singer, whose real name is Thomas DeCarlo Callaway, became the target of a Los Angeles Police Department investigation after a woman filed a police report accusing Green of sexual battery, TMZ reports. The LAPD has not released details on Green’s alleged victim, or where and when the alleged incident occurred, but officers have visited a restaurant in downtown Los Angeles in connection with the case to question employees.

Green denies the sexual assault allegations, telling TMZ that he has not been to the restaurant in question in three months. “Nothing ever happened there or anywhere else,” he said. A source close to Green adds, “I have never seen Cee Lo act in a physical way toward anybody.”

In May, RadarOnline published a report claiming that Green had been arrested back in July 2001 on misdemeanor charges of “simple assault (family violence)” and “disorderly conduct” after he allegedly threatened his ex-wife Christina Johnson and smashed the windows of their Jaguar during an argument. He was reportedly put on 12 months’ probation and ordered to take domestic violence counseling.

Johnson allegedly filed for divorce from Green in 2004, claiming “mental and physical cruelty,” according to RadarOnline.

Previously, Green has admitted to once having a dark side. “I was a kleptomaniac, pyromaniac, just a plain maniac. I was enraged without an outlet. I was aggressive and … took pride in that. I was saved because of my association with music. Music truly did calm a savage beast,” he said during an interview with Blender.com, according to AOL Music.

Green is taking a hiatus from “The Voice” during Season 4, along with fellow mentor Christina Aguilera. The two will be replaced by Usher and Shakira, and will return for Season 5. 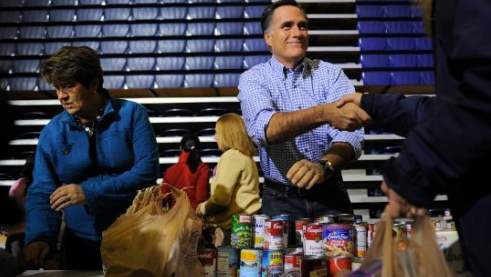 The funny thing about Mitt Romney’s newest trick or treat is that his Ohio  Relief Fund drive is in fact a fake. Another...