Minnesota Sen. Al Franken announced Thursday he will resign from Congress in the coming weeks following a wave of sexual misconduct allegations and the collapse of support from his Democratic colleagues, a swift political fall for a once-rising Democratic star.

“I may be resigning my seat, but I am not giving up my voice,” Franken said in the otherwise-hushed Senate chamber.

Franken quit just a day after new allegations brought the number of women alleging misconduct by him to at least eight. On Wednesday, one woman said he forcibly tried to kiss her in 2006, an accusation he vehemently denied. Hours later, another woman said Franken inappropriately squeezed “a handful of flesh” on her waist while posing for a photo with her in 2009.

“I know in my heart that nothing I have done as a senator — nothing — has brought dishonor on this institution,” Franken declared Thursday.

Franken is the latest to fall in the national wave of sexual harassment allegations that have brought down powerful men in Hollywood, the media and state capitals across the nation. His announcement followed Tuesday’s resignation of Michigan Democratic Rep. John Conyers, the longest-serving member of the House.

Franken, the former comedian who made his name on “Saturday Night Live,” had originally sought to weather the allegations, disputing many of the specifics but apologizing to his accusers publicly. He had promised he would cooperate with an ethics investigation and work to regain the trust of Minnesotans.

“Some of the allegations against me are simply not true,” Franken said Thursday. “Others I remember quite differently.” Still, he said he could not both cooperate with an investigation and fully carry out his duties to his constituents.

Franken, 66, had gained respect as a serious lawmaker in recent years and had even been mentioned in talk about the 2020 presidential race.

Franken pointedly noted that he was being forced out while President Donald Trump — who has been accused of worse offenses and bragged on a leaked “Access Hollywood” videotape of grabbing women by their genitalia — emerged unscathed. Trump has also endorsed Alabama GOP Senate candidate Roy Moore, who has been accused by multiple women of sexual misconduct with them when they were teens and he was a deputy district attorney in his 30s.

“I, of all people, am aware that there is some irony in the fact that I am leaving while a man who has bragged on tape about his history of sexual assault sits in the Oval Office and a man who has repeatedly preyed on young girls campaigns for the Senate with the full support of his party,” Franken said.

His resignation means Minnesota Gov. Mark Dayton, a fellow Democrat, will name a temporary replacement. The winner of a special election in November 2018 would serve through the end of Franken’s term in January 2021. Among the possibilities is Lt. Gov. Tina Smith, a trusted Dayton ally.

Dayton said after Franken’s remarks that he hasn’t yet decided on an appointment to fill the seat but expects to announce his decision in the next couple of days.

In a Senate chamber with a heavy atmosphere, several Democratic women, including some who had called for Franken’s resignation, sat somberly for Franken’s 11-minute speech and embraced him afterward. But they had lost patience with the growing tally of allegations and paved the path for Franken’s exit.

“Enough is enough,” Sen. Kirsten Gillibrand of New York declared on Wednesday. “We need to draw a line in the sand and say none of it is OK, none of it is acceptable, and we, as elected leaders, should absolutely be held to a higher standard.” A torrent of Democrats quickly followed Gillibrand.

“I’m shocked and appalled by Sen. Franken’s behavior,” said Sen. Patty Murray of Washington State. “It’s clear to me that this has been a deeply harmful, persistent problem and a clear pattern over a long period of time. It’s time for him to step aside.”

Franken has acknowledged and apologized for some inappropriate behavior, but he strongly denied the new accusation that came from a former Democratic congressional aide, who said he tried to forcibly kiss her after a taping of his radio show in 2006.

The woman, who was not identified, told Politico that she ducked to avoid his lips but Franken told her: “It’s my right as an entertainer.”

Franken said the idea he would claim such conduct as a right was “preposterous.”

The allegations against Franken began Nov. 16 when Leeann Tweeden, now a Los Angeles radio anchor, accused him of forcibly kissing her during a 2006 USO tour in Afghanistan.

Other allegations followed, including a woman who says Franken put his hand on her buttocks as they posed for a photo at the Minnesota State Fair in 2010. Two women told the Huffington Post that Franken squeezed their buttocks at political events during his first campaign for the Senate in 2008. A fourth woman, an Army veteran, alleged Franken cupped her breast during a photo on a USO tour in 2003.

A special election for Franken’s seat in 2018 would seem to favor Democrats. The party nationally is banking on favorable winds since midterm elections are often difficult for the party that holds the White House, and Minnesota Republicans have struggled in recent years to recruit top-tier candidates for statewide office.

Hillary Clinton defeated Trump by just 1.5 points in Democratic-leaning Minnesota, preserving a four-decade run for the party in presidential elections.

3 Dead, Including Suspect, in Shooting at New Mexico High School 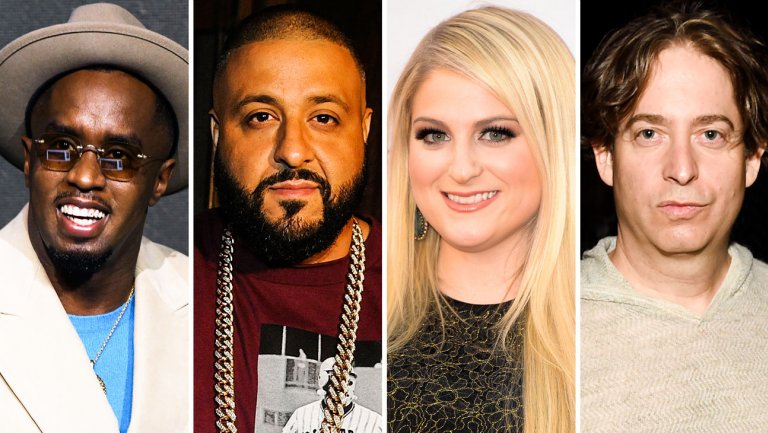 Fox has released a first-look promo for its new singing competition series “The Four: Battle For Stardom,” which panelist...