The funny thing about Mitt Romney’s newest trick or treat is that his Ohio  Relief Fund drive is in fact a fake. Another photo-op engineered to make it look  like Mitt Romney actually cares about other American families going through a  disaster.

Romney’s campaign actually purchased $ 5,000.00 worth of junk food made in  China from Wal-Mart and placing it in front of people who grabbed it pretending  they were bringing donations for the victims of Hurricane Sandy on the east  coast.

“But the last-minute nature of the call for donations left some in the  campaign concerned that they would end up with an empty truck. So the night  before the event, campaign aides went to a local Wal-Mart and spent $5,000 on  granola bars, canned food, and diapers to put on display while they waited for  donations to come in, according to one staffer. (The campaign confirmed that it “did donate supplies to the relief effort,” but would not specify how much it  spent.) ”

The kicker here is not only is the food from Wal-Mart but 99% of Wal-Mart’s  products are made in China!!

When Mitt Romney arrived at the high school where this junk food was  displayed to look like it actually came from donations, Romney then went into a  story about how in high school he cleaned up a football field.  The crowd  applauded as if we are to believe crowds do appear for Romney events after the  photoshopped pictures of an event in Nevada.

The Romney donations were first supposed to be sent to the Red Cross but they  returned a statement that the Red Cross cannot accept food, canned food or  anything Romney had in mind. You would think the Romney campaign handlers knew  that -ahead of their grand photo op gesture. 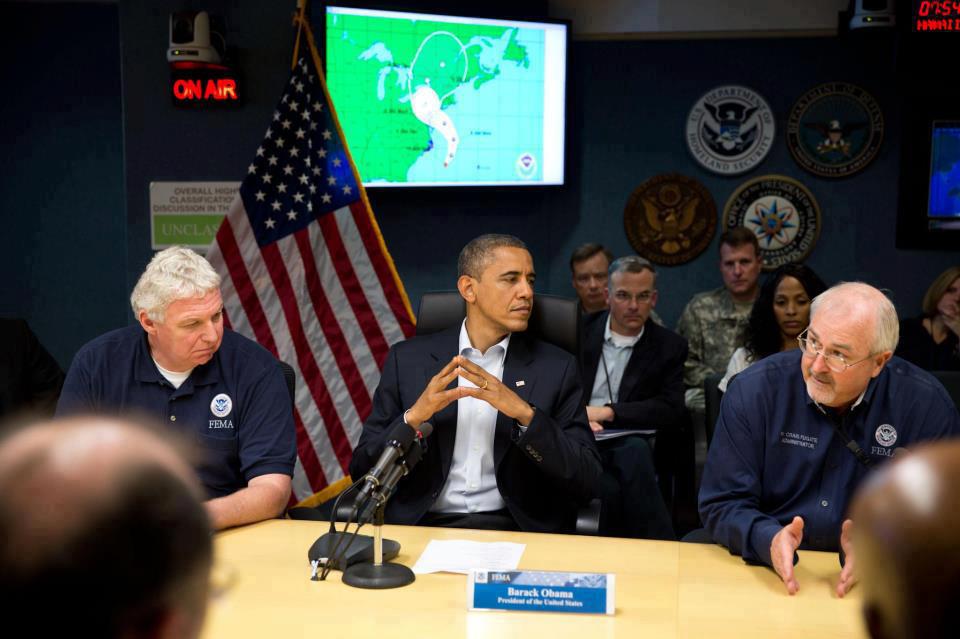 Residents and businesses began a massive clean-up effort Tuesday, even as large parts of the region remained without power,...