Sam Smith Opens Up About His Alter Ego

Sam Smith is the latest musician to pull back the curtain on his life for Apple Music — and he’s introducing the world to his female alter ego “Karamel.”

“What people don’t know is Karamel’s actually sold 24 million records in America from her first album, Karamel with a K,” Smith joked in a clip of the documentary.  On Sunday, Smith opened up his gender identity and revealed he doesn’t consider himself a cisgender man.  “I don’t know what the title would be, but I feel just as much woman as I am man,” he told the U.K. Sunday Times.

He also revealed that he likes dressing in drag and shopping at the famed House of Priscilla whenever he’s in Sydney, Australia. “Oh, my god, I just buy everything — heels, dresses,” he said. “We have a great time.”

The 25-year-old “Too Good at Goodbyes” singer will participate in the streaming music platform’s acclaimed short film series On the Record, following in the footsteps of a list of stars like Pink and Niall Horan who have let cameras film them as they record and prep their new albums.

Smith’s new album, Thrill of It All, comes 3 years after his debut record, In the Lonely Hour, catapulted him into stardom (in part on the power of the number 1 single “Stay With Me”).  “I think when people listen to my music they think I just, like, lay at home and cry all the time,” Smith added in the Apple clip. “But I really know how to have a good time. I’m very proud of that.”

In the time between records, Smith has lived enough life to fill multiple documentaries. He picked up four Grammys, had a dramatic weight loss, underwent vocal cord surgery and appears to have started a relationship with rumored boyfriend Brandon Flynn.  “I went through like this vortex, came out, I feel like I’ve rebuilt myself as an even stronger thing,” Smith said of the years in the trailer to On the Record. “And then I’m just going to go into the vortex again.”  “I wasn’t trying to make a big pop record when I made this album, I was just trying to make something personal and like a diary,” he continued. “It’s like you’re all buckling up for a ride on a rollercoaster. It’s either going to be so scary and it’s going to last forever or it’s going to be quick and thrilling.”

In addition to rare, stripped-down performances, the On the Record will also feature interviews and insight from Timbaland, Pooh Bear, and longtime creative partner Jimmy Napes. On The Record: Sam Smith – The Thrill Of It All premieres Nov. 3, the same day as The Thrill of It All drops.

Apple Music will also host a special one-of-a-kind event for fans that day where Smith will be performing the album live for the first time at a yet-to-be-disclosed location in London. Fans all around the world unable to make it to London will be able to livestream the show exclusively on Apple Music. 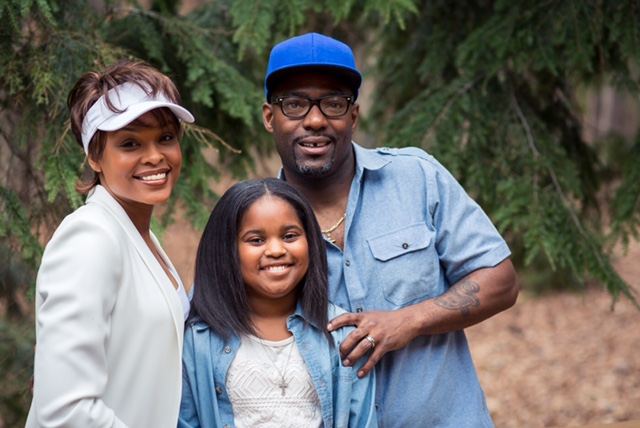 Bobbi Kristina Brown will get the biopic treatment October 8th, a little over a year after Whitney Houston's only child died...