Roland Martin, host and managing editor of “News One Now” sat down with Prestige Magazine and various Media outlets to give his perspectives on the many issues that are impacting the African American/Black Communities of the world. The topics ranged from the effects visible through mediums such as Politics, Entertainment, Pop Culture, Housing, Jobs, Education, The Bill Cosby Sexual Assault Scandal, and “Black Lives Matter” to name a few of the continuously brewing flames!

The discussion was opened with Roland’s views on one of the biggest stories of 2015 involving “The Daniel Holtzclaw Trial” detailing the case of the white Oklahoma City police officer that was accused of raping 13 black women and the lack of coverage that was given to such an important and demining issue. Roland stressed that the treatment of the trial would have been handled differently if the women were Caucasian.

Other related stories focused on the question, “When Is Enough, Enough”? In reference to a blatant comment made the governor of Maine where he stated that the war on drugs was out of control in his city due to the black men importing drugs and impregnating the white women. He felt that stiffer penalties should be imposed. These types of comments place the blame on the black community where tougher sentencing are placed on poor and middle class blacks, whereas rich whites are given lesser sentencing. Roland said that the governor made “Donald Trump look like a boy scout and that he is nuts”. Everyone should be held accountable for their actions and the blame should not be placed on one race, mainly the African American community. On the other hand, when mentioning Presidential Candidate Donald Trump the concerns of the conversation between the black ministers was brought to the surface with many mixed emotions from the public audiences, the media, as well as Roland Martin. Despite numerous efforts to get the ministers to divulge the information presented during the conversation, everything was kept hush-hush and the ministers avoided all publicity about what went on between them and Trump, so much for transparency while discussing policies privately!

Then to add injury to insult, the judge in Ft. Worth Texas allowed a rich white teenager to walk scott- free and sent home on probation after killing 4 people, injuring several others including leaving one person paralyzed. Just think about what would have transpired if it had been an African American teenager.

The African American Community has been scrutinized about the way we talk, dress, and our mannerisms to name a few when trying to fit into the world dominated by Caucasian Americans. When addressing these issues the world of entertainment comes to mind where Common, Pharrell, and Rizza are trying to spread the words of a coined phrase titled “The New Black Movement”. This movement simply states that “If we, African Americans, extend our hands to white folks, we receive more respect”. This movement and heightened level of respect according to these rappers/entertainers can be achieved by changing the way that we dress and speak, thus warranting us to receive a higher level of respect from our white brothers and sisters. On the contrary, Roland said that these comments are “laughable and definitely not new. They originated in the late 1800’s, what makes anyone think that just because we change the way that we dress, walk, or talk, that we will receive more respect? We were lynched wearing our uniforms and suits while minding our own business that will not change or cause us to receive more respect! There were other issues discussed that further prove that our political system is one-sided and twisted.

The continuing story about the sexual assault case against Bill Cosby was also discussed. Roland pointed out that while interviewing Cosby’s attorney, she stated that it was a political issue. The District Attorney of a Suburban County in Philadelphia charged Bill Cosby with sexual assault and made it the theme of his campaign when he was running against the previous Republican District Attorney. It was an effort to honor his campaign promises.

Many other topics were discussed including Gun Laws, the unemployment rates, restorative justice practices, and jobs but the highlight of the discussion was Roland’s perspective on the appointment of a new President. When asked what his biggest fear or concern was pertaining to the African American Community, he said that “there has not been much progress made from the African American perspective, even with the Obama administration. He was more concerned with what would happen the day after the general election. There is a serious lack of providing a prompt and aggressive agenda and making sure that those agendas are carried out and maintained. The element of procrastination must be eliminated and positive and effective policies must be put into place.

In closing, Roland Martin left us with the phrase, “Information Is Knowledge”, coined by Kathy Hughes, in reference to the fact that we must make sure that we are educated on these issues and we must seek positive solutions to these issues. He said that we must not be, “Afraid to Talk Black, Walk Black, and Be Unapologetically Black”! 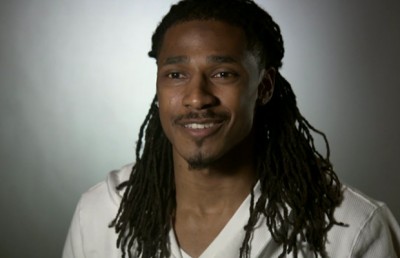 Tramon Williams was born on March 16, 1983 in Houma, Louisiana. He attended High School at Assumption High in Napoleonville,...