Roland Martin, host and managing editor of “News One Now” sat down for his exclusive interview with Prestige Celebrity Magazine  Editor-in-Chief  to give his perspective on the many issues that are impacting the African American Communities, Politics, Education, and more. Stay tuned to read his full interview with our Editor-in-Chief in the upcoming issue of Prestige.

J Tara:  Mr. Martin, I know you have peered deeply into politics, especially into the actions of the now 45th President of the United States. Just a few weeks ago a special prosecutor was appointed to investigate their ties or collusion between the Trump administration and Russia. Soon after Trump tweeted that this is “the greatest witch hunt of any politicians in American history.” What is your perspective on this continued path of reckless behavior and also with the recent developments we’ve just got in the last couple of days?

J Tara: Since his appointment as President of the United States, Trump has been making many decisions without even involving his cabinet, government agencies and following the proper protocol. To me, he’s committed many acts that I think are definitely grounds for impeachment, but that decision has not been implemented. What do you feel it would take to have those orders implemented and carried out? And do you think it would be good for this country?

Roland: Well, I think first of all, you’ve got to consider several things. This is somebody who has been CEO of his own organization who is accustomed to running the process himself; so when you factor that, what that means is he is used to not having to answer to anybody, so that’s one of the reasons why. He has a small group of aides around him, and they make these various decisions, and then he carries it out. If you look at the initial travel ban that took place, his own Department of Homeland Security Chief was not even aware of this order before it was even signed and made public, and that’s what you’re dealing with. And so you’re dealing with somebody who is not used to having to answer to other people. He doesn’t want to answer to other people. That’s simply not his M.O, and that’s one of the reasons why he’s gotten into trouble in so many different instances because he has simply not taken the time to actually talk to people, ask the appropriate questions, and so that’s why you have this White House where it pretty much you know whatever he does goes and they sort of ask questions later.

And first of all, a couple of things, one: he was indeed elected, even though Hillary Clinton won the popular vote. He won the electoral college vote, which is how we choose our system. And this is what we have to contend with, but I do think it’s important that the American people understand is that even though the election is over this does not mean that they somehow have no role in this process. That is simply not the case. Our job is still to hold this administration accountable, to challenge this administration on issues that we disagree with, and I think that’s what I and others will always do. And I think what you’re seeing is American people rise to the occasion. You’re seeing the American people say, “We’re not going to just sit back and allow you to do whatever it is that you want to do, and as if we’re just going to take it and not respond.” I believe it’s important for us to oppose nominees that he has that we believe to be dangerous. If there are nominees who we think are acceptable then that’s fine.  The same thing when it comes to his budget. We’re seeing massive cuts that are going to be coming in the way of  education, of housing, of critical needs for people while he wants to pursue a massive tax break for the wealthy in this country. It is our job as Americans to shine a light on that and to hold him and others accountable.   And let me speak to this accountability issue because it is something that I often talk about: that we have a failure in this country. And there is a failure when it comes to accountability because we are in many ways afraid of that. And we cannot just sit idly by and just let things happen. I tell African Americans all the time “I’m not interested in watching somebody destroy me. I’m going to fight it every possible way that I can.” That really should be the position of all people.

J Tara :  I know you’re very outspoken with your opinion on the issues that affect the black communities. Do you ever fear that you know the backlash from some of those that you speak of so freely would jeopardize you professionally or personally?

Roland: No. Simple. Bottom line is you don’t do this job if you are afraid. You don’t do this job if you are fearful. Obviously, there are crazy people out there. There are folks that might want to bring you harm, but if that’s what scares you, if that’s what, again, causes you problems then the bottom line is this is not necessarily the profession then that you want to be in. This is the nature of what we do. This is what we do. And I understand that. You accept the things that come with it, and you try to do the best that you can when going about it. That’s the only way you can be.

Stay tuned to read Roland’s full interview with our Editor-in-Chief in the upcoming issue of Prestige.

Keep up to date with Roland Martin at http://rolandsmartin.com 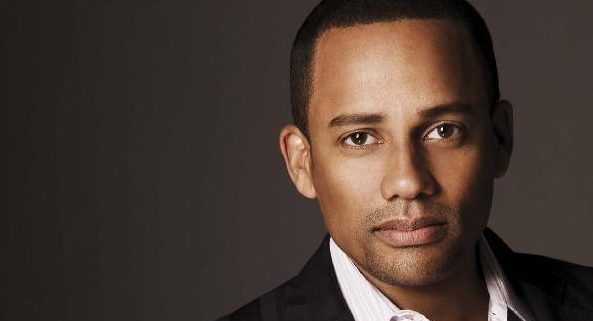 Hill Harper, Co-Founder of Architect and Co., is debuting his new body and hair care products, H2L for men and JUA for women....