You may write me down in history….With your bitter, twisted lies,

You may tread me in the very dirt….But still, like dust, I’ll rise.

Maya Angelou’s story awed millions. A childhood victim of rape, she broke through silence and shame to tell her tale in one of the most widely read memoirs of the 20th century. A black woman born into poverty and segregation, she recited the most popular presidential inaugural poem in history.

“I’m not modest,” she told The Associated Press in 2013. “I have no modesty. Modesty is a learned behavior. But I do pray for humility, because humility comes from the inside out.”

Angelou, a renaissance woman and cultural pioneer, died Wednesday at her home in Winston-Salem, North Carolina. She was 86.

“She lived a life as a teacher, activist, artist and human being. She was a warrior for equality, tolerance and peace,” said her son, Guy B. Johnson.

Tall and regal, with a deep, majestic voice, she was unforgettable whether encountered in person, through sound or the printed word. She was an actress, singer and dancer in the 1950s and 1960s and made a brave and sensational debut as an author in 1969 with “I Know Why the Caged Bird Sings,” which became standard (and occasionally censored) reading and made Angelou one of the first black women to enjoy mainstream literary success.

“Caged Bird” was the start of a multipart autobiography that continued through the decades and captured a life of hopeless obscurity and triumphant, kaleidoscopic fame.

The world was watching in 1993 when she read her cautiously hopeful “On the Pulse of the Morning” at President Bill Clinton’s first inauguration. Her confident performance openly delighted Clinton and made publishing history by making a poem a best-seller. For President George W. Bush, she read another poem, “Amazing Peace,” at the 2005 Christmas tree lighting ceremony at the White House. Presidents honored her in return with a National Medal of Arts and the Presidential Medal of Freedom, the country’s highest civilian honor. In 2013, she received an honorary National Book Award.

She called herself a poet, in love with the “sound of language,” ”the music in language,” as she explained to the AP in 2013. But she lived so many lives. She was a wonder to Toni Morrison, who marveled at Angelou’s freedom from inhibition, her willingness to celebrate her own achievements. She was a mentor to Oprah Winfrey, whom she befriended when Winfrey was still a local television reporter, and often appeared on her friend’s talk show program. She mastered several languages and published not just poetry but advice books, cookbooks and children’s stories. She wrote music, plays and screenplays, received an Emmy nomination for her acting in “Roots,” and never lost her passion for dance, the art she considered closest to poetry.

“The line of the dancer: If you watch (Mikhail) Baryshnikov and you see that line, that’s what the poet tries for. The poet tries for the line, the balance,” she told The Associated Press in 2008, shortly before her 80th birthday.

Her very name was a reinvention. Angelou was born Marguerite Johnson in St. Louis and raised in Stamps, Arkansas, and San Francisco, moving back and forth between her parents and her grandmother. She was smart and fresh to the point of danger, packed off by her family to California after sassing a white store clerk in Arkansas. Other times, she didn’t speak at all: At age 7, she was raped by her mother’s boyfriend and didn’t talk for years. She learned by reading, and listening.

“I loved the poetry that was sung in the black church: ‘Go down, Moses, way down in Egypt’s land,'” she told the AP. “It just seemed to me the most wonderful way of talking. And ‘Deep River.’ Ooh! Even now it can catch me. And then I started reading, really reading, at about 7 1/2, because a woman in my town took me to the library, a black school library. … And I read every book, even if I didn’t understand it.”

At age 9, she was writing poetry. By 17, she was a single mother. In her early 20s, she danced at a strip joint, ran a brothel, got married and then divorced. But by her mid-20s, she was performing at the Purple Onion in San Francisco, where she shared billing with another future star, Phyllis Diller. She also spent a few days with Billie Holiday, who was kind enough to sing a lullaby to Angelou’s son, surly enough to heckle her off the stage and astute enough to tell her: “You’re going to be famous. But it won’t be for singing.”

After renaming herself Maya Angelou for the stage (“Maya” was a childhood nickname, “Angelou” a variation of her husband’s name), she toured in “Porgy and Bess” and Jean Genet’s “The Blacks” and danced with Alvin Ailey. She worked as a coordinator for the Southern Christian Leadership Conference and lived for years in Egypt and Ghana, where she met Nelson Mandela, a longtime friend; and Malcolm X, to whom she remained close until his assassination, in 1965. Three years later, she was helping King organize the Poor People’s March in Memphis, Tennessee, where the civil rights leader was slain on Angelou’s 40th birthday.

“Every year, on that day, Coretta and I would send each other flowers,” Angelou said of King’s widow, Coretta Scott King, who died in 2006.

Angelou was little known outside the theatrical community until “I Know Why the Caged Bird Sings,” which might not have happened if writer James Baldwin hadn’t persuaded Angelou, still grieving over King’s death, to attend a party at the home of Jules Feiffer, a cartoonist and writer. Feiffer was so taken by Angelou that he mentioned her to Random House editor Bob Loomis, who persuaded her to write a book by daring her into it, saying that it was “nearly impossible to write autobiography as literature.”

“Well, maybe I will try it,” Angelou responded. “I don’t know how it will turn out. But I can try.”  Angelou’s musical style was clear in a passage about boxing great Joe Louis’ defeat in 1936 against German fighter Max Schmeling:  “My race groaned,” she wrote. “It was our people falling. It was another lynching, yet another Black man hanging on a tree. One more woman ambushed and raped. A Black boy whipped and maimed. It was hounds on the trail of a man running through slimy swamps. … If Joe lost we were back in slavery and beyond help.”

Angelou’s memoir was occasionally attacked, for seemingly opposite reasons. In a 1999 essay in Harper’s, author Francine Prose criticized “Caged Bird” as “manipulative” melodrama. Meanwhile, Angelou’s passages about her rape and teen pregnancy have made the book a perennial on the American Library Association’s list of works that draw complaints from parents and educators. “‘I thought that it was a mild book. There’s no profanity,” Angelou told the AP. “It speaks about surviving, and it really doesn’t make ogres of many people. I was shocked to find there were people who really wanted it banned, and I still believe people who are against the book have never read the book.”

Angelou appeared on several TV programs, notably the groundbreaking 1977 miniseries “Roots.” She was nominated for a Tony Award in 1973 for her appearance in the play “Look Away.” She directed the film “Down in the Delta,” about a drug-wrecked woman who returns to the home of her ancestors in the Mississippi Delta. She won three Grammys for her spoken-word albums and in 2013 received an honorary National Book Award for her contributions to the literary community.

Back in the 1960s, Malcolm X had written to Angelou and praised her for her ability to communicate so directly, with her “feet firmly rooted on the ground.” In 2002, Angelou communicated in an unexpected way when she launched a line of greeting cards with industry giant Hallmark. Angelou admitted she was cool to the idea at first. Then she went to Loomis, her editor at Random House, who was concerned the project would “trivialize” Angelou, whom called “the people’s poet.”

“And then I thought about it. And I thought, if I’m the people’s poet, then I ought to be in the people’s hands — and I hope in their hearts. So I thought, ‘Hmm, I’ll do it.'” She had been a professor of American studies at Wake Forest University since 1982. She was also a member of the board of trustees for Bennett College, a private school for black women in Greensboro. Angelou hosted a weekly satellite radio show for XM’s “Oprah & Friends” channel.

She remained so close to the Clintons that in 2008 she supported Hillary Rodham Clinton’s candidacy over the ultimately successful run of the country’s first black president, Barack Obama. But a few days before Obama’s inauguration, she was clearly overjoyed. She told the Arkansas Democrat-Gazette she would be watching it on television “somewhere between crying and praying and being grateful and laughing when I see faces I know.”

Active on the lecture circuit, she gave commencement speeches and addressed academic and corporate events across the country. Angelou received dozens of honorary degrees, and several elementary schools were named for her.

There are many things that a life like Maya Angelou’s teaches us who are left behind. But I believe her most enduring legacy is that she gave us a perfect formula for resilience. For getting back up again and again no matter what. She taught us that a caged bird sings, not because he knows how or because he expects to be set free, but because he simply has a song in his soul. So it is with us. Many of us live as caged birds, waiting to sing. Waiting for the doors to be unlocked. To be set free. When in reality what we need is to sing loudly in the midst of our captivity. To raise our voices. Lift our souls. And share our song with the world. 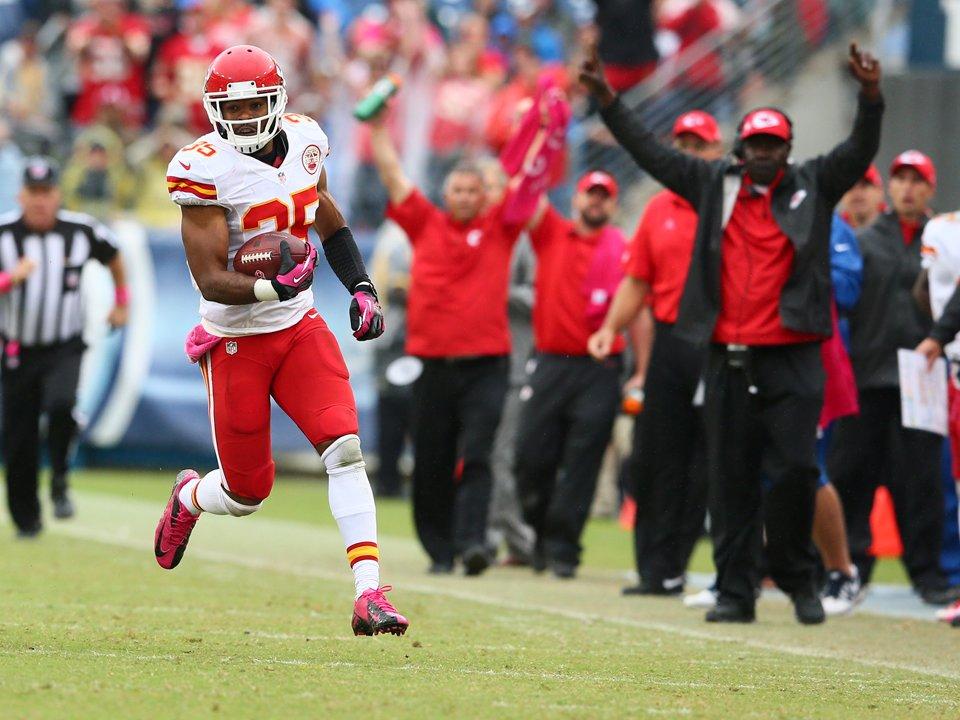