President Trump signals welfare reform is next, with details to come

Welfare reform was one of the defining issues of President Bill Clinton‘s presidency, starting with a campaign promise to “end welfare as we know it,” continuing with a bitter policy fight and producing an overhaul law that remains hotly debated 20 years later.

Now, President Donald Trump wants to put his stamp on the welfare system.

Trump, who has been signaling interest in the issue for some time, said Monday at a Cabinet meeting that he wants to tackle welfare reform after the tax overhaul he is seeking by the end of the year. He said changes were “desperately needed in our country” and that his administration would soon offer plans.

For now, the president has not offered details. Spokeswoman Sarah Huckabee Sanders said more specifics were likely early next year. But the groundwork has already begun at the White House and Trump has made his interest known to Republican lawmakers.

Paul Winfree, director of budget policy and deputy director of the Domestic Policy Council, told a gathering at the conservative Heritage Foundation last week that he and another staffer had been charged with “working on a major welfare reform proposal,” adding that they have drafted an executive order on the topic that would outline administration principles and direct agencies to come up with recommendations.  “The president really wants to lead on this. He has delivered that message loud and clear to us. We’ve opened conversations with leadership in Congress to let them know that that is the direction we are heading,” Winfree said.

Trump said in October that welfare reform was “becoming a very, very big subject, and people are taking advantage of the system.”

Welfare reform proved challenging for Clinton, who ran in 1992 on a promise to “end welfare as we know it,” but struggled to get consensus on a bill, with Democrats divided and Republicans pushing aggressive changes. Amid that conflict, he signed a law in 1996 that replaced a federal entitlement with grants to the states, placed a time limit on how long families could get aid and required recipients to go to work eventually.

It has drawn criticism from some liberal quarters ever since. During her presidential campaign last year, Democrat Hillary Clinton faced activists who argued that the law punished poor people.

Kathryn Edin, a professor at Johns Hopkins University who has been studying welfare since the 1990s, said the law’s legacy has been to limit the cash assistance available to the very poor and has never become a “springboard to work.” She questioned what kinds of changes could be made, arguing that welfare benefits are minimal in many states and that there is little evidence of fraud in other anti-poverty programs.

Still, Edin said that welfare has “never been popular even from its inception. It doesn’t sit well with Americans in general.”

Robert Rector, a senior research fellow at Heritage, said he would like to see more work requirements for a range of anti-poverty programs and stronger marriage incentives, as well as strategies to improve outcomes for social programs and to limit waste. He said while the administration could make some adjustments through executive order, legislation would be required for any major change.

“This is a good system. We just need to make this system better,” he said.

Budget director Mick Mulvaney said earlier this year, “If you are on food stamps and you are able-bodied, we need you to go to work.” 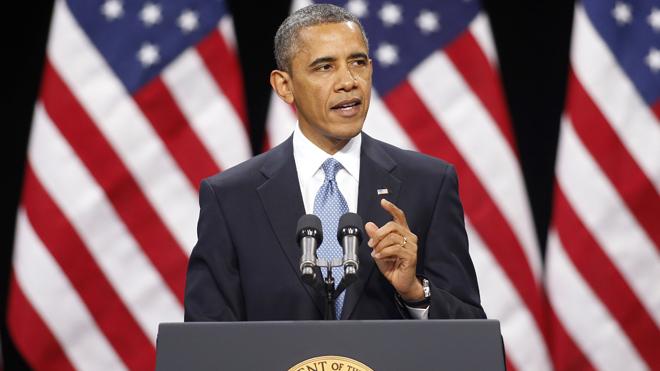 The person behind a plot to harm and possibly kill Barack Obama was identified, authorities said, when tiny cat hairs found...