A peaceful beginning to the workweek was shattered Monday after an explosion rattled through one of the busiest transit hubs in New York City, causing the authorities to evacuate hundreds of commuters and throwing the morning into chaos.

The Police Department said that one person was in custody after the blast echoed through the passageway connecting the Times Square and Port Authority subway stations shortly before 7:30 a.m.

The suspect, identified by the police as Akayed Ullah, 27, from Brooklyn, was in serious condition at Bellevue Hospital Center. The Fire Department said four injuries had been reported.

A senior city official who declined to be identified because of the continuing investigation said that Mr. Ullah had been wearing an explosive device and after the blast the police had to strip him to remove it.

The subway stations were evacuated, and Port Authority Bus Terminal was also shut down.

Mr. Ullah was alone, the police said, and the device was reported to have gone off prematurely. The explosion was recorded on surveillance video, the city official said.

In a news conference, Mayor Bill de Blasio called the blast an attempted terrorist attack and said no other devices had been found.

“Our lives revolve around the subway,” he said. “The choice of New York is always for a reason, because we are beacons of the world. And we show that a society of many background and many faiths can work.”

“The terrorists want to undermine that,” he added. “They yearn to attack New York City.”

Soon after the explosion was reported, the commutes of New Yorkers miles away from the blast became chaotic. The Metropolitan Transportation Authority reported that 1, 2, 3, A, C, E, N, Q, R, W and 7 trains were skipping 42nd Street.

Commuters underground near 40th Street and 8th Avenue began to flee after the loud, muffled sound was heard in the Port Authority subway station. Police officers, firefighters and Port Authority counterterrorism officials tried to clear people from the bus station and the west side of 8th Avenue as sirens blared.

Andre Rodriguez, 62, a caseworker at one of the city’s shelters, said he heard the explosion around 7:30.

“I was going through the turnstile,” he said. “It sounded like an explosion, and everybody started running.”

Alicja Wlodkowski, 51, said that she had been in a restaurant inside the Port Authority when she suddenly saw a crowd of people running.

“A woman fell, and nobody even stopped to help her because it was so crazy,” she said. “Then it all slowed down. I was standing and watching and scared.” 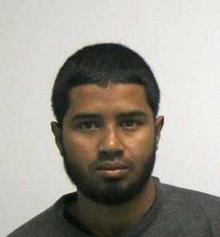 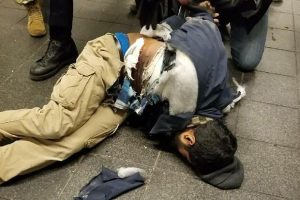 Suspect Akayed Ullah after his explosive device detonated in an underground passageway near the Port Authority Bus Terminal in New York City Dec. 11, 2017 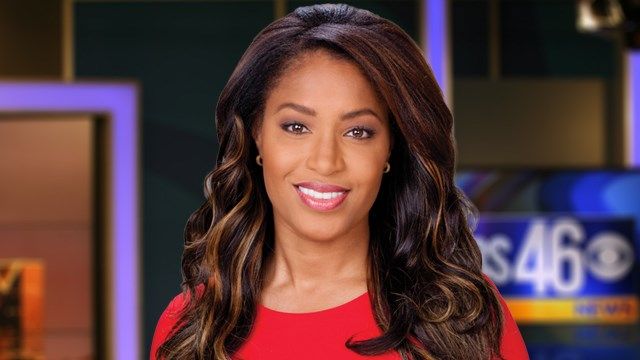 An Atlanta news anchor responded directly on air to a viewer who called her a racial slur in an email.  Sharon Reed, an anchor...