NBC “The Blacklist” star Hisham Tawfiq sits down with Prestige

SYLVIA:        Can you just give us a little background information on Hisham the man?

HISHAM:      Well, I’m born and raised in Harlem, New York which I’m extremely proud of. You know, oldest son of five brothers and I also have a 15-year-old son who I love and adore. And, that’s a skeleton of Hisham the man.

SYLVIA:        Who was your greatest inspiration and what were some of the events that sparked your interest in pursuing your present career?

HISHAM:      Mm, great question. I think my greatest inspiration, I would have to say, my parents. I think I watched what my father did, myself and five boys, you know, back in the ’70s in Harlem with drugs and poverty and all types of other negative elements that were running rampant in Harlem, and just to see how he was able to carve out a safe zone for us and install in us some integrity and some skill, some life skills, that to this day I still benefit from, those are the things that encourage me and have carved out the man I am to this day. So, I continue to look up to my father and my mother for everything, all the values that they installed in me.

SYLVIA:        So, what were some of the events that sparked your interest in pursuing the acting career?

HISHAM:      Wow, I would say, you know, the funny thing at a very early age, you know, being the oldest of five boys you kind of already put on a platform of setting the example. I  remember, I think, the first thing my father did with me is, you know, he put me in Karate class and swimming class, and I would always have to, like, perform for the family, like, all of the Kotters, that I learned. So, I would say, you know, just at that early age I would say maybe like seven or eight just performing these Karate moves that already prepared me in some way for the stage, and from there it just continued to grow, and I think I’ve always had some hunger or some desire to express myself artistically and it just started off with Karate and poems, and the next thing you know you’re dancing and speaking, and acting, but I would say, you know, performing those Karate moves  from the early age was probably my first inspiration and steps into acting.

SYLVIA:        We also see that you have undertaken some also very different career paths, some which include your serving our country and keeping us safe as a Marine, a firefighter, and a correctional officer. Have these careers played a part on the impact in of your acting career as well?

HISHAM:      Yeah, I mean, I think the beautiful thing about that, you know, as an actor, you know, what they teach you and the greatest asset is your experiences and being able to call on those experiences to help you on different roles, and I didn’t know it then, but when I  look back at it now being a firefighter, being a Marine, being a correction officer, all of those different things make up the man that I am, so I’m able to call on a lot of those experiences and, you know, it installs a lot of things, all of those jobs are physically demanding, mentally demanding, takes a lot of endurance, and I carry all of those things with me in my career. As you know, there’s a lot of times you have late nights, you have early mornings, five in the morning, you don’t get up until four AM the next morning, so, I mean, all of those things I just carried over, so it helped me out extremely.

SYLVIA:        We also just want to congratulate you on your recurring role on NBC’s The Blacklist. Can you give us a brief description of your character, his mannerisms, and what he brings to the cast? 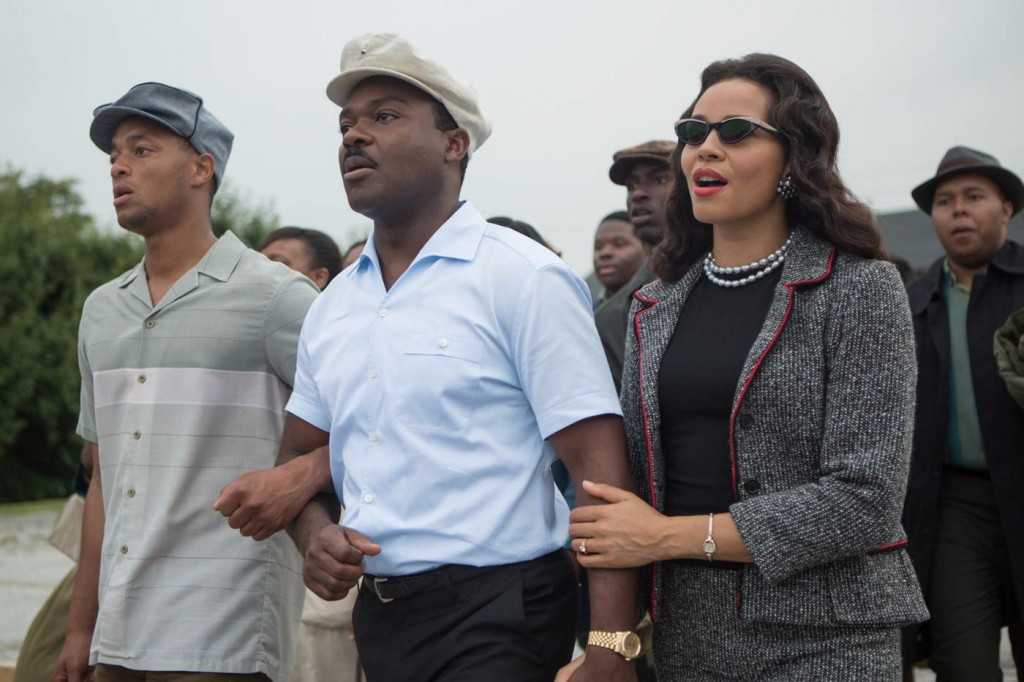 Selma Poised to Win Numerous Awards With Its Remarkable Portrayal of Dr. King and the Civil Rights Movement Reporter: Founder/Editor-in-Chief...