For an awards show that has taken steps in recent years to de-emphasize gender — retiring the Best Male and Best Female categories, rebranding its signature astronaut-inspired trophy as a Moonperson — the 2018 MTV Video Music Awards were practically split in a guys’ portion and a ladies’ portion, with a string of male performers warming up the stage for a group of women who clearly ruled it.

The 35th iteration of the show, which returned to Radio City Music Hall for the 12th time, kicked off with not a bang but something more like a monsoon: Shawn Mendes held his own wet t-shirt contest with a rain-soaked performance of “In My Blood.” Newcomer Bazzi had no shortage of national-TV exposure as he followed up with “Beautiful,” his second performance in the evening following a bout during the pre-show not long before. Logic, with the help of Ryan Tedder, aimed for yet another statement-making moment with a performance addressing U.S. immigration policy. And then Panic! at the Disco made a stylish and energetic performance that began suspended in the air. The performances were solid, sure, but at times they didn’t feel any more vital to the show than presenters’ bits and banter, or some of the evening’s early acceptance speeches.

You also may notice that all of those performers have something in common. It took almost 45 minutes for the show to get to a performance by a woman: rising star Jessie Reyez, one of several Push Artist of the Year nominees who were given brief time slots — and even smaller stages — to introduce themselves to a larger audience. (One highlight? Hayley Kiyoko, the category’s ultimate winner, who breezed through an abridged version of her song “Curious” after charming the red carpet with shout-outs to her #20GAYTEEN slogan.) And it wasn’t until Nicki Minaj performed a medley of songs from her Queen album in a pre-taped, remote segment that it felt like the VMAs truly got started.

That’s no shade to Mendes by any means — it’s just that, when you think of classic VMAs moments and performances, you probably don’t think of young instrument-playing pop-rock artists showing off their musical chops and credibility. You think of the spectacle, which is what Minaj delivered with her phalynx of dancers and monarch-inspired attire from New York’s Oculus transportation hub. Minaj’s pal and frequent collaborator Ariana Grande had a similar sumptuous set, recreating an all-female version of The Last Supper with slow-motion choreography that turned the VMAs stage into a living music video during “God Is a Woman,” from her just-released Sweetener LP.

And then there was J. Lo. When MTV announced that Jennifer Lopez would be this year’s recipient of the Video Vanguard Award, many on the Internet seemed more concerned with crying justice for Missy Elliott, who was the subject of such inexplicably persistent rumors about the honor that she felt compelled to shoot down the chatter on Twitter. But as the first Latinx recipient of the video Vanguard Award — and during a year in which MTV introduced a Best Latin category — Lopez’s latest accolade isn’t insignificant. And in her first VMAs performance since 2001, she offered an abridged version of her Las Vegas residency show with a career-spanning medley that served the choreography you expected and the impressive live vocals you probably didn’t.

The only part of Lopez’s crowning moment that felt off was the person who introduced her and handed her the award: Shawn Mendes, whose connection to her as an artist is… well, what exactly? It was hardly the only odd-couple pairing of the evening: Producers shoe-horned in a tribute to Aretha Franklin by having Madonna come out and monologue about what Franklin meant to her. The Queen of Pop has a personal connection to the Queen of Soul beyond their shared Detroit roots — in typically wry fashion, Madonna shared a story about how singing Aretha Franklin helped her make an impression at an audition that set her career in motion. But the optics weren’t great, considering Madonna’s award-show history of delivering occasionally self-centered homages to black legends, and indeed, most of her tribute to Franklin was spent celebrating her own tenacity during her early days as a starving artist.

It wasn’t hard to figure out what Madonna’s original primary purpose was: handing out the video of the year award, which went to Camila Cabello for “Havana.” The singer was hardly the frontrunner in the category, which saw her go up against Childish Gambino’s much-dissected “This Is America” clip and the private Louvre party that was the Carters’ “Apeshit” — competitors who also weren’t in attendance.

But as surprising as it may have been, viewing the win as an at-large endorsement for Cabello is consistent with the show’s waning emphasis on actual music videos. That’s a perennial MTV complaint, sure, but that shift has certainly been reflected in the categories: Last year, the show introduced the artist of the year award, and the song of the year award followed this year — two star-studded categories whose nominees aren’t attached to particular videos. And the most teased and hyped award of the night wasn’t video of the year, either — it was best new artist, which came down to Cardi B and Hayley Kiyoko and, in what was no great shock to anyone given her unstoppable year, went to Cardi.

By the time Cabello won the evening’s big honor (her second award of the night), the show had returned to a male-performances-only third act with mixed results. Travis Scott’s tech-heavy Astroworld medley never quite found its footing, while a sponsored Lauv performance that played during a commercial break after the Madonna-Cabello segment was jarringly anticlimactic. (A Madonna monologue is a tough act to follow for anyone, let alone a still-rising artist fulfilling a brand partnership.) The home stretch wasn’t without bright spots, including Aerosmith — who, despite all the head-scratching news of their performance probably inspired, pulled off a lively grand finale by teaming up with Post Malone for a ripping rendition of “Toys in the Attic.” Still, when it came to this year’s oddly segregated run of show, it’s clear that — to paraphrase the song Grande performed — the women were the deities. 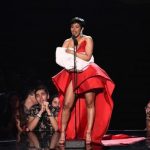 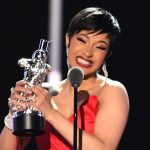 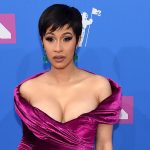 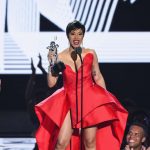 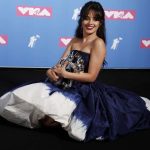 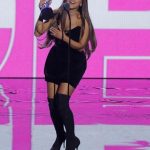 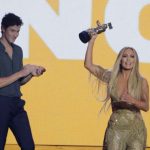 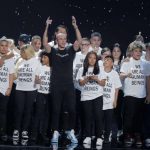 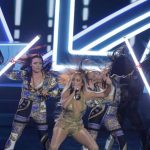 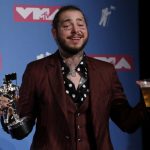 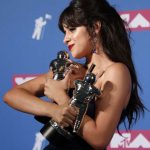 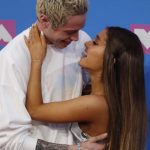 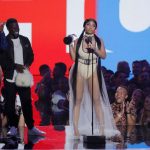 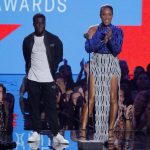 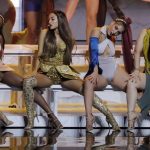 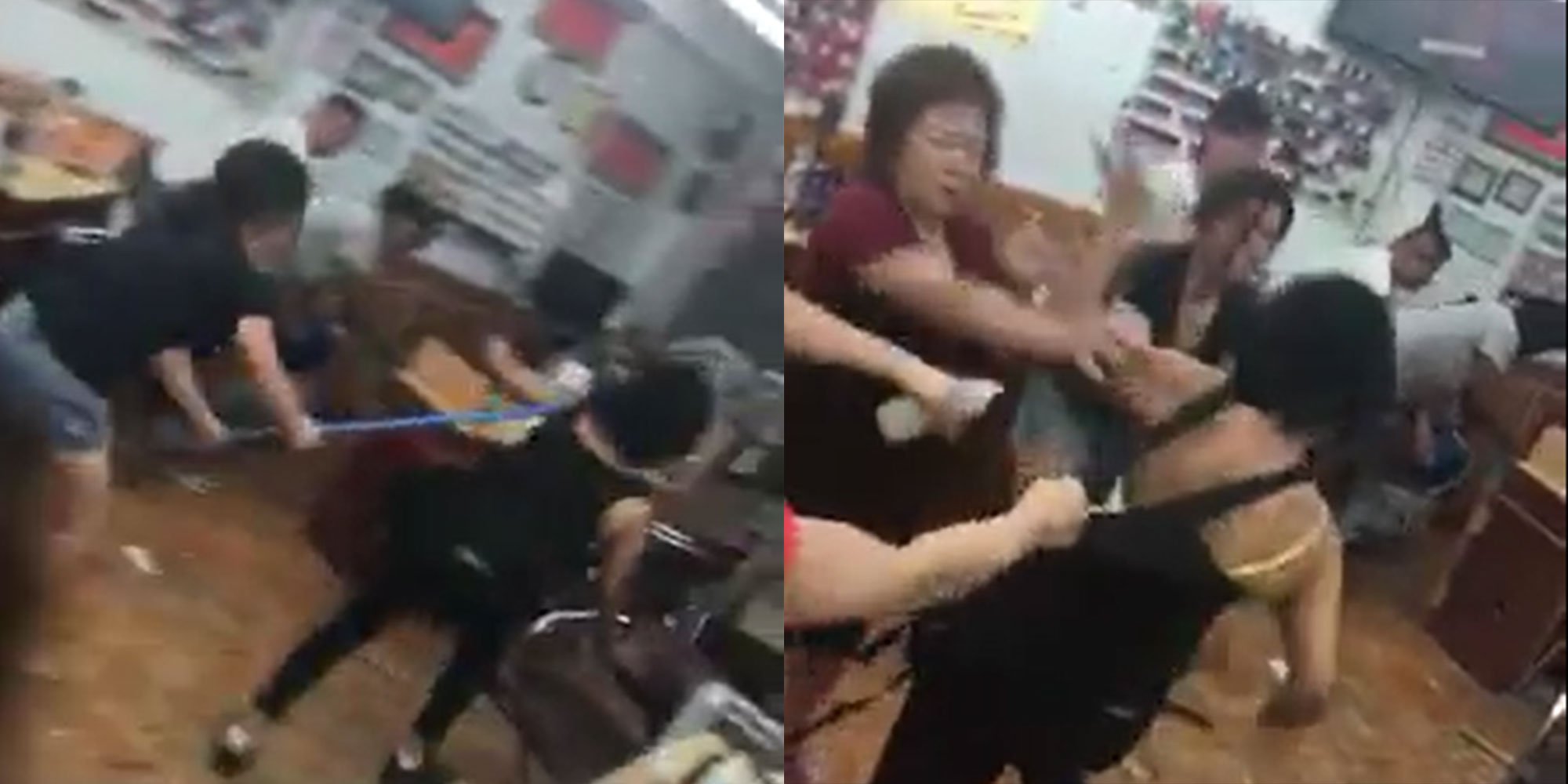 Two women -- one a nail salon employee and one a customer -- face charges in connection with a wild brawl that broke out a Brooklyn...