In Gwinnett, much of the focus during last week’s primary elections was on commission and school board races. But it was Ronda Colvin-Leary who made history.

Colvin-Leary, a local attorney, won her nonpartisan race for a spot on Gwinnett’s State Court bench, making her the first black judge elected in the history of one of Georgia’s most diverse counties — and she may also be its first person of color elected in a countywide local election.

“I’m just humbled that so many people believed in me,” Colvin-Leary said. “And I think it’s significant also because I had the support of a lot of people, I had bipartisan support. … I think why that means so much to me is that people looked past the race [of the candidates].”

Last week’s higher profile Gwinnett races included legislative primaries and a handful of Democratic candidates competing for the right to pursue the county commission and school board seats up for grabs in November’s general election.

Many of those Democrats were people of color, and the victors — Ben Ku and Marlene Fosque on the commission side, Wandy Taylor and Everton Blair for the school board — will now have the chance to become the first non-white members of their respective bodies, though, all four will still have to beat Republican opponents come fall.

Because Gwinnett’s local judicial races are nonpartisan, her victory last week over opponent Lance Tyler is final and there will be no second election in November.

Gwinnett spokesman Joe Sorenson said the county has had black judges appointed to its magistrate, juvenile and recorders courts. The county’s Administrative Office of the Courts, however, confirmed that no black judge had ever been elected.

Two Gwinnett cities recently elected the county’s first-ever non-white mayors, and voters in a handful of legislative districts have sent non-white candidates to the state Capitol in recent years. But Colvin-Leary is believed to be the first black candidate ever elected in a countywide local election.

Renita Hamilton Edmonson, whose term as president of the Gwinnett branch of the NAACP recently ended, said she could not think of “any individual who has worked harder and deserves this achievement more.”

“This is a wonderful time in the history of Gwinnett County,” she said. “The significance of this event reflects the spirit of diversity, the melting of prejudices and welcomed change.”

Gwinnett has about 920,000 residents, and less than 40 percent of them are white. Black residents make up about 28 percent of the county’s population, with Latino (21 percent) and Asian (12 percent) not far behind.

The lack of minority representation on the county level has been the subject of ire — and litigation — in recent years.

An ongoing lawsuit filed by the Georgia Association of Latino Elected Officials, the Georgia NAACP and others argues that the way Gwinnett’s commission and school board districts are drawn dilutes the influence of minority voters. It asks for more majority-minority districts to be drawn.

Colvin-Leary was raised in a small town outside Montgomery, Alabama, and attended college at Auburn University. She got her law degree from Florida Coastal School of Law in Jacksonville and was admitted to the Georgia bar in 2001.

She previously worked in Atlanta Municipal Court and the DeKalb County Solicitor General’s Office. In addition to the private law practice she’s run in Lawrenceville for more than a decade, Colvin-Leary currently serves as the city of Winder’s solicitor.

She is married to a Marine Corps veteran and has two daughters. They live in Snellville.

Gwinnett State Court handles misdemeanor and traffic violations that are prosecuted by the solicitor’s office, as well civil actions.

“I love State Court because, for me, I like to think that … if you come to State Court we can try to address it before something else major happens and you wind up in Superior Court for a more serious offense,” Colvin-Leary said.

Superior Court may actually be where Gwinnett’s next black elected official lands.

Last week, local defense attorney Veronica Cope was one of the top two vote-getters in a five-candidate race for an open seat on the court’s bench. She and Tracey Mason will now compete in a July 24 runoff.

George W. Bush Speaks of His Mother's Last Words as She Died Holding Her Husband's Hand 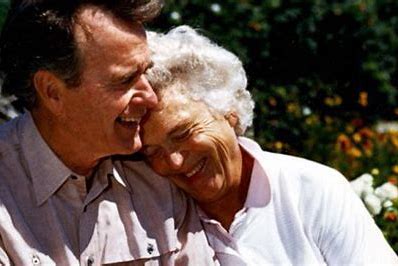 George W. Bush Speaks of His Mother's Last Words as She Died Holding Her Husband's Hand