Actor Thomas “Tommy” Ford, best known for his role as Tommy in the 1990s hit sitcom “Martin,” has died in an Atlanta, GA hospital, a spokeswoman for his family said.

No cause of death was announced, and the family released a statement Wednesday asking for privacy.

“It is with great sadness that we announce the untimely passing of our beloved son, father, brother, husband, and friend Tommy Mykhal Ford,” the statement said. “On behalf of the family, we would like to thank everyone for their love, support and prayers. Funeral arrangements will be forthcoming. Please respect the privacy of the Ford family during our time of grief.”

The actor had been documenting on social media his recovery from his recent knee replacement surgery shortly before his death.

The Los Angeles native was a graduate of the University of Southern California’s Fine Arts Acting Program, according to the actor’s site.

His first character role on television was as Lamar Collins on “A Different World.” He would go on to have other parts in television and films, including the 1989 Eddie Murphy movie “Harlem Nights.”

But his role as Tommy Strawn, straight man to Martin Lawrence’s jokester character on “Martin,” made Ford a star.

Lawrence mourned the loss of his friend, joining the flood of fans who paid tribute to him on Twitter.

“We were friends way b4 the Martin show & showed tru friendship on-screen,” Martin Lawrence tweeted. “You brought a lot of love 2 the world & you’ll be greatly missed.”

A long-running joke on the show surrounded what — if any — job the character Tommy had.

Ford explained during an interview with BlackDoctor.org that the joke came about when the cast returned for its second season.

The idea was sparked during a table read, Ford said, for a scene in which Lawrence’s character was to meet Ford’s after work.

After “Martin” ended in 1997, Ford continued working in television, appearing on popular series such as “New York Undercover,” “The Parkers” and “House.”

He was the Pope of Comedy on the TV One’s show “Who’s Got Jokes!”

Ford also produced and starred in a film short titled “The Club” and did some directing.

In addition to his career in Hollywood, Ford wrote children’s books and founded Be Still and Know Inc., a nonprofit organization dedicated to building better communities for disadvantaged youth.

We send our thoughts and prayers to the Ford family during their time of grief. 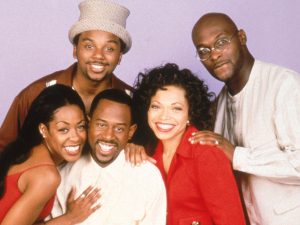 Following its first season as the No. 2 Program on Cable in its time slot among Black P25-54 and reaching 8.2 million Unique...

May 9, 2016
Copyright 2022 Prestige Celebrity Magazine All Rights Reserved.
Back to top
G-7NRBCQ2J60