‘Loving’ Ala. Mom Was Ambushed and Killed Outside Her Car — and Cops Are Closing in on Suspect

Authorities in Alabama are offering a $5,000 reward for information leading to an arrest in the slaying of a 41-year-old woman, who was ambushed and shot in a residential parking lot in Hoover.

The Hoover Police Department continues to investigate the Valentine’s Day slaying of Shemethia Coteat Stanton, who was found dead by her teenage daughter outside their apartment complex moments after the gunfire erupted.

No arrests have been made, but police are seeking the public’s help with the investigation.

Kassidy Stanton, a senior at Hoover High School, spoke to AL.com about the tragic night her mother was murdered.

“I heard the last three shots because I think there were five,” Kassidy explained. “I was sitting there waiting on it to stop. I heard the tires go off and that’s it. I’m thinking, ‘OK, somebody just got shot and I’m nosy so I’m going to go look.’”

The teen peaked through the blinds, and noticed her mother’s car; she did not see her mom inside the vehicle.

“My first instinct was to go look again, double check, because maybe she’s in the breezeway and maybe she’s running from the gunshots,” Kassidy said. “I saw her car door open, but I didn’t see her still. At this point, I’m worried because why didn’t she come in the house?”

The 17-year-old went outside and noticed her mom unresponsive on the ground.

“I checked her pulse because I’m trained for CPR,” Kassidy said. “There was no pulse. By that time, the neighbors came out and I was screaming but it was so unreal to me that my mama was laying there. There was no reason for somebody to do something like this to somebody so loving, and so God-fearing. It just hurt me so bad. I can’t explain it.”

“We need that final, additional piece of evidence to make our case stronger,” Rector said. “We want to make an arrest and we want it to hold up in court. There is someone out there who has information that can tip the scales for us.”

Stanton — who is survived by four children, including a 9-year-old son — was retrieving items from her car’s backseat when she was killed. No motive is known at this time.

“This is a really tragic situation,” Rector said. “Our victim had a good job, was very family-oriented and worked hard to provide for them.”

Kassidy said she and her siblings are trying their best to stay strong in the wake of Stanton’s death.

“We just like to think about the good times we had with her and try not to let this get the best of us even though it’s real hard,” the teen confided.

Ex-Marine wears a surgical mask for his police mug shot... after being arrested for stealing 200 of them from a Nevada hospital 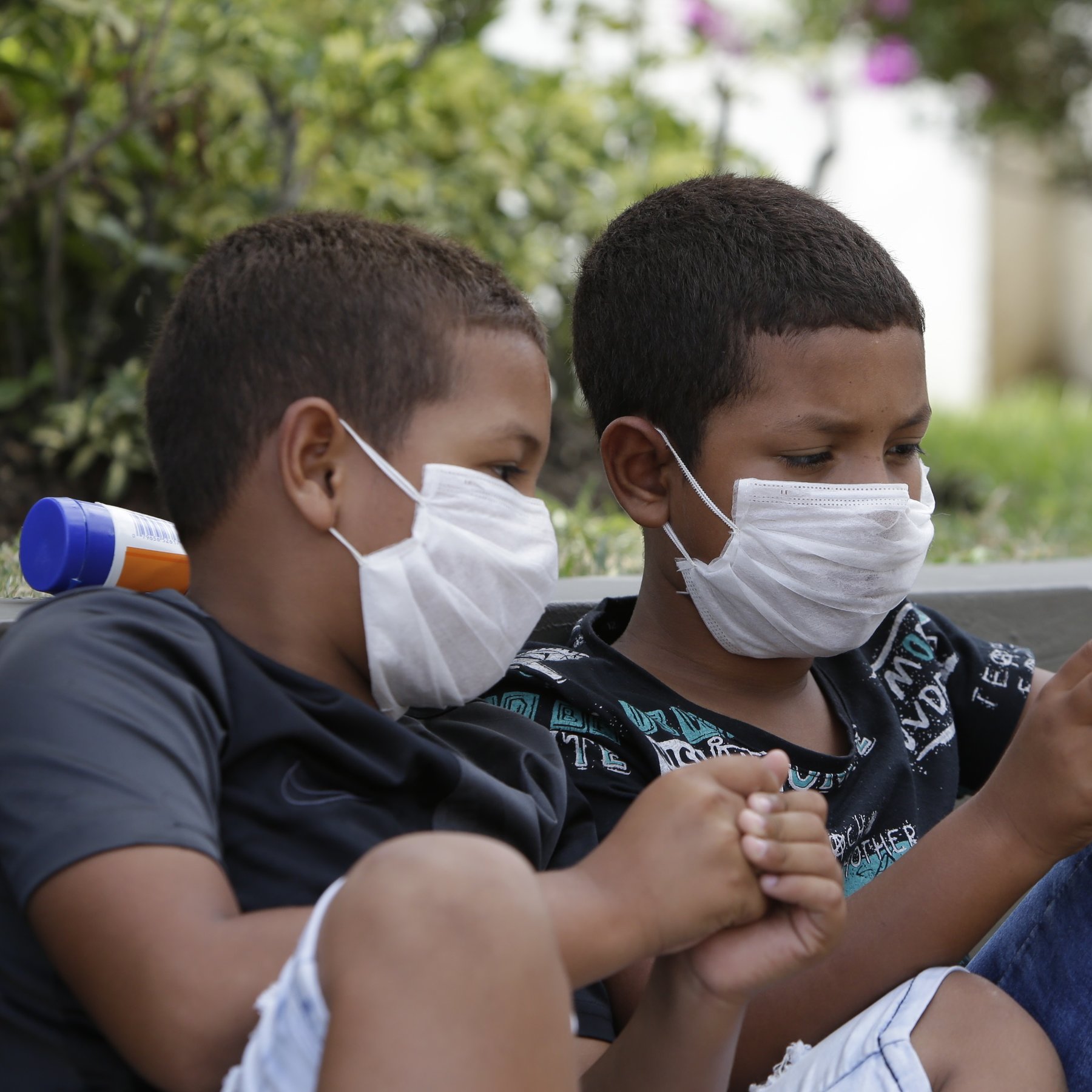 Children seem to be at lower risk for catching COVID-19, but they still can become seriously ill, a new study from Spain...