Los Angeles police have opened an internal affairs investigation into why the woman who drove the getaway car in the aftermath of rapper Nipsey Hussle’s killing was sent home when she tried to turn herself in during the manhunt for the shooter.

The LAPD’s Office of the Inspector General confirmed Monday that the Internal Affairs Group is investigating a desk officer’s response at the 77th Street station. Capt. Gisselle Espinoza, an LAPD spokeswoman, said the matter is under administrative investigation and she couldn’t release more details.

© Provided by The Associated Press FILE – This April 4, 2019 file photo shows Eric Holder, the suspect in the killing of rapper Nipsey Hussle in Los Angeles County Superior Court with his attorney Christopher Darden. Holder is charged with murder and two counts of attempted murder in connection with the attack outside Hussle’s The Marathon clothing store. Court documents show that Hussle and Holder had a conversation about “snitching” shortly before Hussle was shot. (Patrick T. Fallon/Pool via AP)

Grand jury testimony shows the woman who drove the suspect, Eric R. Holder, away from the March 31 shooting had gone to the station because her car and license plate were on the news.

“Oh my God,” the woman, whose name has not been released, testified that she told her mother. “My car is on here and everything, and I didn’t do anything. I didn’t know this boy was gonna do this.”

Her mother called police but was told detectives wouldn’t be available until 6 a.m. the next day, grand jury transcripts show.

When they arrived at the station the next morning, the front desk officer said “don’t worry about it” and “don’t listen to the news,” the transcript shows. The woman left the station, returning later to speak to detectives after her mother called police again.

LAPD Detective Cedric Washington testified that the woman had been turned away.

“That is true according to the desk officer that I spoke to about it,” Washington said.

Josh Rubenstein, an LAPD spokesman, said Monday in an email that the internal investigation began a few days ago.

“While the initial indications pointed to a miscommunication, we have initiated an administrative investigation to ensure all policies and procedures were followed,” Rubenstein wrote. “We will review all statements that have already been given, interview all of the individuals involved, and look for any potential body cam video that may have captured the interchange.”

Rubenstein told the Los Angeles Times last week there didn’t appear to be any misconduct.

“She was not making herself clear of what she was doing,” Rubenstein said, noting that the officer believed the woman was reporting that someone was just recording video of her car on television.

A grand jury on May 9 returned an indictment charging Holder, 29, with murder, attempted murder and other felonies. He has pleaded not guilty.

The woman testified that Holder was a friend she had known for about a month and that she believed the two were just stopping at a shopping center for food. 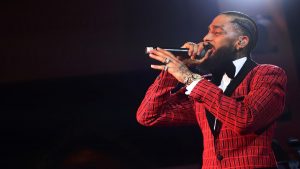 She saw Hussle standing outside his South Los Angeles clothing store, The Marathon, expressed her excitement and took a picture with him after overhearing Holder and Hussle’s conversation about “snitching.”

She said she heard two gunshots, and Holder returned moments later telling her to drive. She said she didn’t learn Hussle had been shot until later that night.

Witnesses heard Holder and Hussle, both of whom have ties to the Rollin’ 60s street gang, discussing “snitching” minutes before Hussle was shot, according to the transcripts.

Holder was arrested two days later about 20 miles (32 kilometers) from the crime scene.

Hussle, 33, whose real name is Ermias Ashgedom, was a long-respected rapper who had just broken through with a Grammy-nominated album before he was shot and killed. 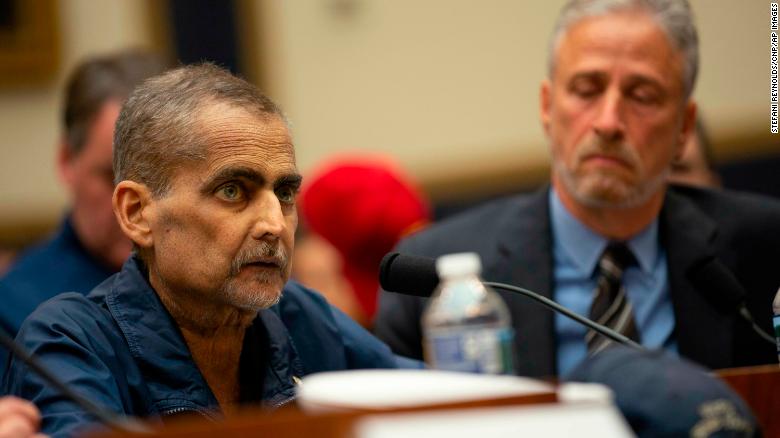 Luis Alvarez, a retired NYPD bomb squad detective who described for Congress his medical issues during an impassioned...