I’ve watched a lot of fantastic race car drivers and I’ve seen a lot of drivers come and go in the sport of NASCAR.  Jimmie Johnson is, for me and for this era, the best driver to ever sit in a race car. With six titles in the last eight seasons, Johnson has cemented his status as the best driver in NASCAR’s most competitive era. But after winning his sixth NASCAR Sprint Cup Series championship, one short of the record held by Richard (the King) Petty and Dale (the Intimidator) Earnhardt. The questions are now getting louder, is Johnson the greatest driver ever.

Eventually Johnson will get his seventh within the next few years, and maybe an eighth or a ninth, too. Maybe then it will become clear that Johnson is the greatest NASCAR driver who ever lived. A lot of NASCAR fans can’t handle that type of talk, of Johnson joining the stage with the sport’s icons who raced in a different era.

“It’s like taking somebody from the Olympics in the year 1900 and comparing them to somebody in the year 2000,” Petty said. “Everything has transferred so much. Everybody is in better shape. They’d blow that record away just because of time and records are made to be broken.”

They were all greats, and it’s practically impossible to compare their achievements. Petty and David Pearson won often in an era when it was common to win by multiple laps and NASCAR staged multiple races per week.

And Earnhardt’s seven titles and 76 career wins were stretched over a far longer span than Johnson’s success has been (he’s already within 10 wins of Earnhardt in 241 fewer starts). This was Johnson’s sixth title in 12 seasons; Earnhardt won his seven in 22 full-time seasons in a career cut short by his death on the last lap of the Daytona 500 in 2001.

Earnhardt, who more fans remember than Petty or Pearson because he drove more recently, will have plenty of supporters who would never dream of ranking Johnson ahead of the “Intimidator.”

Dale Earnhardt Jr. likely spoke for many Earnhardt fans when he evaluated Johnson’s place in history. “I’m biased,” Dale Earnhardt Jr. said frankly about where he would compare Johnson to his father and the other sport’s greats. “So he’s second. He’s one of them. … If Jimmie keeps on the track and the pace he’s on, he makes a much better argument for himself.”

Earnhardt also is a teammate of Johnson’s at Hendrick Motorsports. And he is not bothered at all by those comparisons, of putting Johnson in the same breath as his father and Petty. “I’m more surprised that comparisons took that long to start happening because the guy is good and the guy deserves all the credit that he gets and deserves to be in the conversation of one of the greatest drivers this sport has ever seen,” Earnhardt said. “Getting that sixth is just going to make him hungrier to get the next one, to be able to put himself up there with dad and Richard and he probably won’t quit until he gets an eighth.”

In Johnson’s short career he already compares with the top drivers ever. He has to be part of that (all-time best) conversation but each generation is going to think the other generation is better than the last generation or the next generation. It has always been that way.

But think about all of the things Johnson has to go through that most of the past legends didn’t have to worry about. The competition is different, with many more cars on the lead lap as parts and pieces have become so much more durable. The lifestyle is incredibly different, especially with sponsorship obligations and media scrutiny invading a driver’s personal space. And the points system is different as Johnson has won all of his races under the Chase for the Sprint Cup, and later a 10-race playoff, instead of the former system that consisted of total points over the entire season.

“I plan to savor every moment of the celebration and my championship reign,” Johnson said. “This is extremely sweet. I feel like those five years were a blur. And things happen so fast,” Johnson said. “It’s not that I didn’t enjoy it or appreciate it or respect what happened. It just went by so fast it seems like. Now, I’m really going to slow things down here and enjoy it. This is so, so sweet.”

Not as sweet as the future holds for Johnson. I’m not a psychic, but I find it hard to believe that thirty-eight years old Johnson won’t win at least two more championships. Then Johnson would pass Petty and Earnhardt on all-time list and maybe even in the heart of all NASCAR fans.

Should I Allow My Child To Play Football 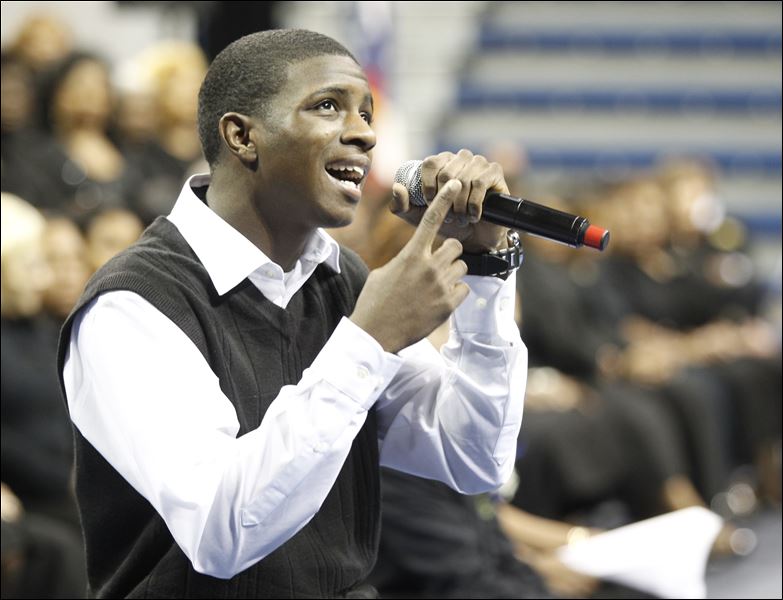