Sylvia:   You’ve been highly blessed and anointed to sing, compose, produce, and as well as arrange for many notable artists in both the sacred, as well as the secular world. So what was life like for you as a child before you became J. Moss The Entertainer?

J Moss:  Just a normal kid out of Detroit doing my thing just trying to keep with the gang, basically, you know, my friends, but that was very, very short-lived. My daddy stuck a mic down my throat when I was about five or six-years-old so I only had a couple of years to actually do that.

Sylvia:   So who was your greatest inspiration, the one or ones who had the greatest influence on you as an artist?

Sylvia:  As we know it’s been about ten years since the release of “The J. Moss Project”. What do you feel was that pivotal moment that convinced you to go back into the musical laboratory and to create your new album, “Grown Folks Gospel” which debuted on November 25th of this year?

J Moss:  Just that actually trying to be different. Not just putting another record out there with my voice on it. It’s really trying to be impactful. Trying to find a void that we can fill and give them a record that they’ve never heard before and a record that only I can do. And that’s not easy to do, but when you have a great team behind you such as PAJAM, myself and you have a drive and you have a focus you can make a lot of these things happen. We just put a lot of hearts and minds together. Of course, I consulted God with it, and He gave us this concept of Grown Folks Gospel.  It’s a record that’s smooth yet it’s hard. It encompasses love yet it deals with loneliness and hopelessness, and encouragement and then tells how to deal with discouragement. This record is that record that you can put on when you’re deep into whatever it is you’re deep into. If you’re deep into love it’s for you. If you’re deep into a bottomless pit kind of state it speaks to that person and for the lonely woman who wants to have that companion in her life but she’s committed to God so she wants to wait and do the right thing there’s lyrics on there for her. You know, of course, the duet that I did with Faith Evans, “You Make Me Feel,” the loss of that really just sets the atmosphere for a great meditation with God or if you’re just hanging with your spouse or your loved one and you just want to have a good time, you’re on date night and you don’t want to flip over the water colors, the jazz station or anything like that you can play this record and not feel like, “Oh my goodness, I’m at church, but I’m not in that kind of mood right now.” This is that kind of record that you can play and pretty much will set the theme and tone for where you are.

8. Beyond My Reach (Feat. Fred Hammond)

9. Fall At Your Feet

Flex and Shanice talks with Prestige 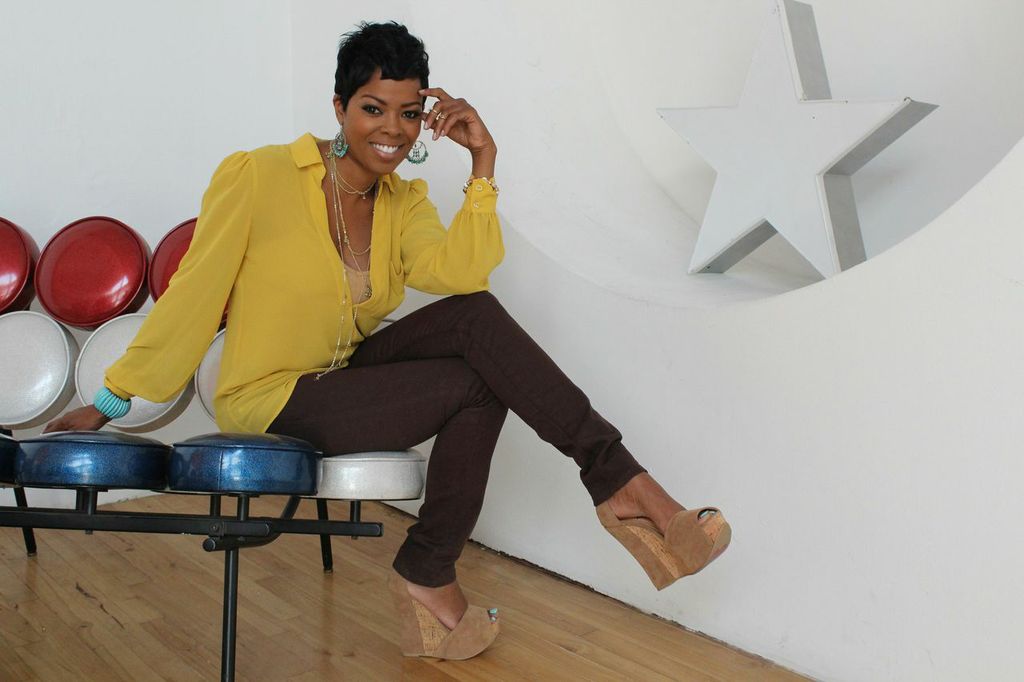 In the sequel to last year’s popular UP Original Movie Marry Me for Christmas, it’s a year after Marci Jewel (Malinda...