Indonesian plane with 189 aboard crashes into sea

PAKISJAYA, Indonesia, Oct 29 (Reuters) – An Indonesian aircraft with 189 people on board crashed into the sea and sank on Monday soon after taking off from the capital, Jakarta, on a flight to a tin-mining region, officials said.

Indonesia’s search and rescue agency confirmed the crash of Lion Air flight, JT610, adding that it lost contact with ground officials 13 minutes after takeoff, and a tug boat leaving the capital’s port saw it fall.

“We don’t know yet whether there are any survivors,” agency head Muhmmad Syaugi told a news conference, adding that no distress signal had been received from the aircraft’s emergency transmitter.

“We hope, we pray, but we cannot confirm.”

“We are there already, our vessels, our helicopter is hovering above the waters, to assist,” Syaugi said. “We are trying to dive down to find the wreck.”

Ambulances were lined up at Karawang, on the coast east of Jakarta and police were preparing rubber dinghies, a Reuters reporter said.

At least 23 government officials were on board the plane, which an air navigation spokesman said had sought to turn back just before losing contact.

“We don’t dare to say what the facts are, or are not, yet,” Edward Sirait, the chief executive of Lion Air Group, told Reuters. “We are also confused about the why, since it was a new plane.”

The privately owned airline said in a statement, the aircraft, which had only been in operation since August, was airworthy, with its pilot and co-pilot together having accumulated 11,000 hours of flying time.

The head of Indonesia’s transport safety committee said he could not confirm the cause of the crash, which would have to wait until the recovery of the plane’s black boxes, as the cockpit voice recorder and data flight recorder are known.

“The plane is so modern, it transmits data from the plane, and that we will review too. But the most important is the blackbox,” said Soerjanto Tjahjono.

Safety experts say nearly all accidents are caused by a combination of factors and only rarely have a single identifiable cause.

The weather at the time of the crash was clear, Tjahjono said.

A Lion Air Boeing 737 passenger plane crashed into the sea, moments after taking off from Jakarta, Indonesia, on Oct. 29, 2018. It was carrying 188 people on board, including members from the nation’s finance ministry and trainee flight attendants.

Investigators will focus on the cockpit voice and data recorders and building up a picture of the brand-new plane’s technical status, the condition and training of the crew as well as weather and air traffic recordings.

The effort to find the wreckage and retrieve the black boxes represents a major challenge for investigators in Indonesia, where an AirAsia Airbus jet crashed in the Java Sea in December 2015.

Under international rules, the U.S. National Transportation Safety Board will automatically assist with the inquiry into Monday’s crash, backed up by technical advisers from Boeing and U.S.-French engine maker CFM International, co-owned by General Electric and Safran.

Boeing was deeply saddened by the loss, it said in a statement.

“Boeing stands ready to provide technical assistance to the accident investigation,” it said, adding that in accordance with international protocol, all inquiries should be directed to Indonesia’s National Transportation Safety Committee.

The flight took off from Jakarta around 6.20 a.m. and was due to have landed in Pangkal Pinang, capital of the Bangka-Belitung tin mining region, at 7.20 a.m., the Flightrsdar 24 website showed.

Data from FlightRadar24 shows the first sign of something amiss was around two minutes into the flight, when the plane had reached 2,000 feet (610 m).

Its last recorded position was about 15 km (9 miles) north of the Indonesian coast, according to a Google Maps reference of the last coordinates from Flightradar24.

The accident is the first to be reported involving the widely sold Boeing 737 MAX, an updated, more fuel-efficient version of the manufacturer’s workhorse single-aisle jet.

Indonesia is one of the world’s fastest-growing aviation markets, but its safety record is patchy.

“The industry has grown very quickly and keeping pace with that growth is challenging in keeping the safety culture intact,” said Greg Waldron, the Asia managing editor of industry publication FlightGlobal, which keeps an accident database.

If all on board prove to have died, the Lion Air crash would rank as Indonesia’s second-worst air disaster, after a Garuda Indonesia A300 crash in Medan that killed 214 people in 1997, he said.

Founded in 1999, Lion Air’s only fatal accident was in 2004, when an MD-82 crashed upon landing at Solo City, killing 25 of the 163 on board, the Flight Safety Foundation’s Aviation Safety Network says.

In April, the airline announced a firm order to buy 50 Boeing 737 MAX 10 narrow body jets with a list price of $6.24 billion. It is one of the U.S. planemaker’s largest customers globally.

David & Tamela Mann Get Candid On "Us Against the World" Book, Album and Tour 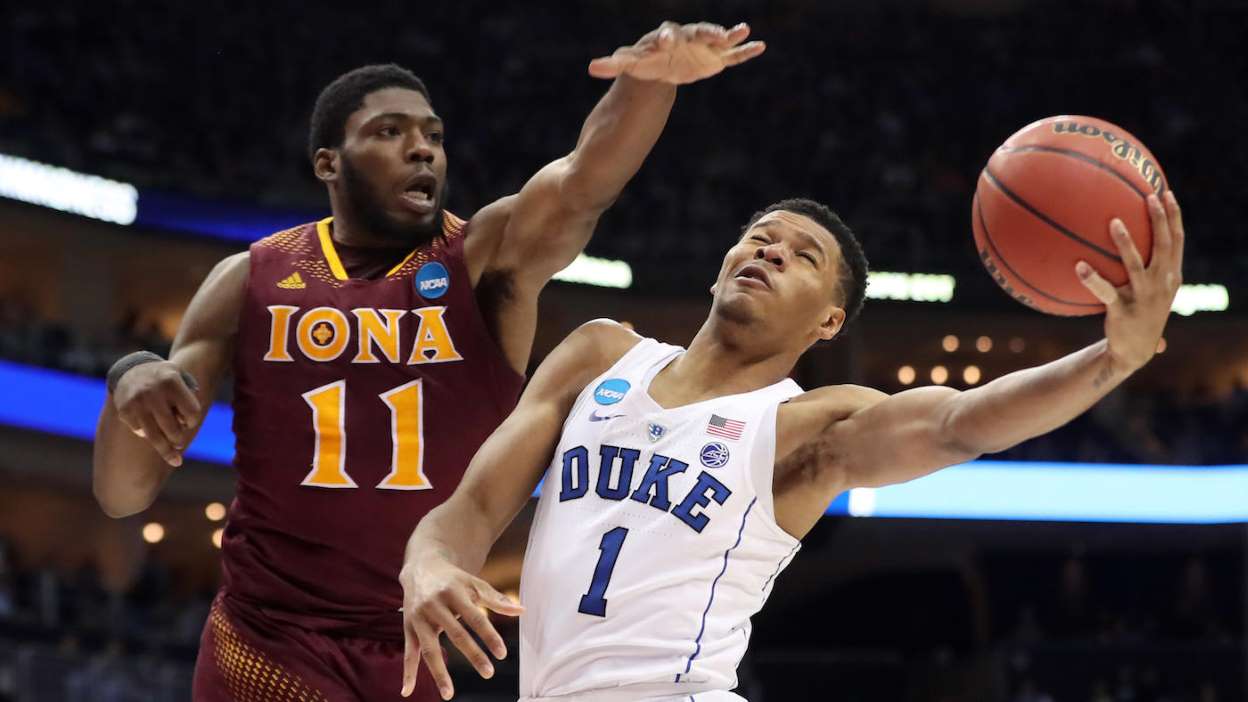 A physical altercation between Iona assistant basketball coach Garfield Johns and one of the team's top players, Roland...