The show marked the last time we would see “106 and Park” hosts Terrence J and Rosci on the red carpet as hosts of the show and the first time for “The Braxtons” star Tamar Braxton as an correspondent. The BET Pre-Show displayed all the glitz and glam of celebrity style or at least, aimed to. As far as fashion, there weren’t many best dressed ensembles. There were a lot of “What were they thinking?” which included Rosci, Tamar Braxton, Big Sean, 2 Chainz, The OMG Girlz, Lala Anthony and Willow. Our Editor-in-Chief’s choice for worst dressed was Jermaine Dupree, Porscha Coleman, and Swizz Beatz.
My list for best dressed females are Tamia, Letoya Luckett, Michelle Williams from Destiny’s Child, Kerry Washington, Shaun Lourie from KIA, Deborah Lee, Chaka Khan and Melanie Fiona. Between them, the ABC “Scandal” star Kerry Washington was the ultimate best dressed female at the awards show. The Editor-in-Chief’s best dressed is Lola Monroe and Kenya Moore. My list for best dressed males are Terrence J, Tigger, Boris Kodjoe, Young Jeezy, and TGT (Tyrese, Ginuwine, and Tank). I don’t have a best dressed male for the show because they all looked yummy and handsome. Also, Mindless Behavior looked very mature and suave. Now the award for Worst Dressed Female would definitely have to go *drum roll, pleases* to Mrs. Lala Anthony. She had an ensemble of a purple, lavender pantsuit that looked like the shower curtain in my grandmother’s bathroom. Worst Dressed Male Award have to go to Big Sean. He looked like he was lost in the wilderness or something but glad, he got it together for the actual show.
The Pre-Show featured performances from MGK, Future, 2 Chainz, Driicky Graham, Elle Varner, and Slaughterhouse. The award for Best Performance at the Pre-show would have to go to Elle Varner. Though I’m not a fan of her single “Refill,” she happened to sound better singing it live than the actual track.
Now on to the actual BET Awards show…my analysis grade for Samuel L. Jackson as the host would be a B+. I loved the SLJ and Spike Lee skit, their hilarious cover of Jay-Z and Kanye West’s “N****s In Paris,” that ended Spike in a skirt. I think that should have been the way to open the show besides Kanye West’s GOOD Music artists Big Sean, Pusha T, and 2 Chainz. Maybe it would have been better for just Kanye to perform. West has held the title for many absurd things but you can’t deny that he is a phenomenal performer. The miss of the night was the repetitive obscenities that ‘slipped’ during some of the performances, which was a very big turn-off.
Jay-Z and West happened to be the big winners of the night, taking home the awards for Best Group and Video of the Year. A classic moment as they accepted the award from Video of the Year was when Jay gave Kanye a little taste of his own medicine and interrupted Kanye’s speech, which Kanye had done to Taylor Swift at the MTV Video Awards a couple years ago.
Going head to head with her husband in the Video of the Year category and lost, BeYonce took home the award for Best Female R&B Artist and Video Director of the Year. She also elegantly quipped the jab made about Lauryn Hill’s tax problems from Mindless Behavior, who presented the award alongside “Sparkle” actor and comedian Mike Epps. Chris Brown won two awards for Best Male R&B Artist and Entertainer of the Year. Yolanda Adams took home the award for Best Gospel Artist. Her speech was to all artists to use their talents responsibly because they were being watched. Her performance alongside with Sunday Best’s contestants Amber Bullock, Y’anna Crowley, and Jessica Reedy took me to church.
There were many highlights and performances of the night—the Frankie Beverly & Maze performance, Melanie Fiona, and the long and anticipated return of D’Angelo. Aside from his physical appearance, D’Angelo’s voice and music is still bumping. Still anticipating his comeback album and his physique. Can you think “Untitled” video without thinking of D’Angelo’s sculpted toned abs? No. Hopefully, we’ll be able to see that again.
Nicki Minaj won Best Female Hip-Hop Artist and her performance was the best I’ve ever seen from her, along with her fashion style. But my highlight of the night and tearjerker was the tribute to the late Whitney Houston who passed away this past February. Mariah Carey, Monica, Brandy, and the beloved Cissy Houston. Cissy had tremendous strength and courage. And because of that, the 2012 BET Awards was a definite HIT! 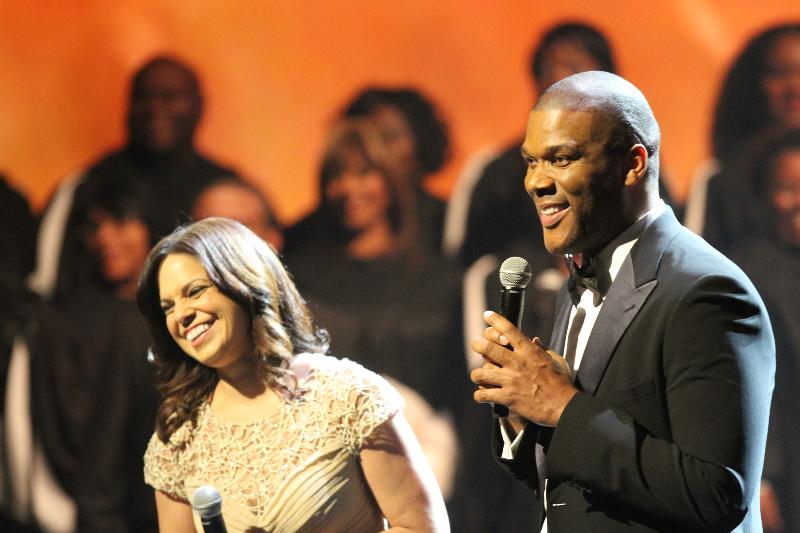 DALLAS - June 11, 2012 - World leaders, dignitaries and celebrities from around the world gathered in the vibrant...