The passionate singer/songwriter that gave us the powerful woman’s  anthem “Superwoman” is back after a long absence to release a new album,  “Carpe Diem”, which was released in September.

“I’m not a replier or have range, I have the passion,” said Grammy  Award nominated singer Karyn White about her unique voice. “I started  singing around eight…then was on Soul Train.”

White later united with the legendary Jimmy Jam & Terry Lewis and  they produced her hit “Superwoman.” She later married (and divorced)  Terry Lewis and has been raising their daughter Ashley ever since. Now  that Ashley is off to college Karyn White is returning back to her  singing.

“You don’t realize the impact you have,” she said about the her song  “Superwoman.” “I was only 23-24 at the time…My mother, a strong God  fearing woman, was where I drew from (for the “Superwoman” song).”

White said she has embraced what she is now. “I am so excited,” she  shared about the release of her new album “Carpe Diem.” “I feel  rejuvenated… spiritually; physically…I grew from inside out.”

The first single “Sista Sista” is another anthem for women and the  music video for the single shows a very beautiful and fit Karyn White  ready to take her place in an industry that is missing her passionate  R&B sound.

Karyn’s World is the exclusive outlet for those who visit her to purchase her new CD (Carpe Diem) as a digital downloadable album or a physical CD, her new book of positive affirmations and thoughts, “Carpe Diem,” and a 2 ft by 3 ft poster of her Carpe Diem CD cover.  To find out more about Karyn, visit her website at www.Karynsworld.me
“I’m just excited by what I see going on in the entertainment industry; it’s so revolutionary and explosive and I’ve been gone for a long time, so I just want to say thank you to all of my fans, supporters and friends for waiting around for me to come back, and I just want to say Carpe Diem baby!!!  Let’s seize this day 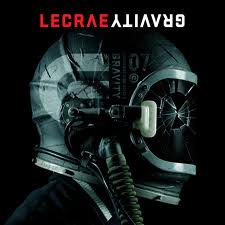 The distinguishment between Lecrae's previous recordings and “Gravity” is his growth, his truth, and his desire to continue...