George W. Bush Speaks of His Mother’s Last Words as She Died Holding Her Husband’s Hand

President George H.W. Bush and his wife Barbara have multiple legacies, but their granddaughter Ellie LeBlond Sosa reveals in her new book, George and Barbara: A Great American Love Story, that their best legacy of all is their immutable love for one another.

And Sosa isn’t the only one in the family who thinks so.

Sosa’s uncle, former President George W. Bush, wrote the book’s foreword in which he reflects on the power of his parents’ love — and how it impacted his mother’s last hours.

“On April 17, 2018, Barbara Pierce Bush spent her final hours the way she wanted: holding hands with the love of her life,” the former president, 71, writes. “Before Mom left this Earth, she said her soul was settled. She believed in God and Heaven above. And she knew that one day her soulmate, George H.W. Bush, would join her there for eternity.”

George and Barbara, out Friday, follows the couple’s relationship that spanned more than seven decades. From their secret engagement as teenagers and the death of their young daughter, Robin, to George’s political career and lost bid for reelection, the book reveals how their connection remained strong no matter the situation. 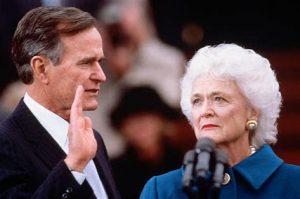 “The longest-married Presidential couple in history has been an inspiration and example to Laura and me, to my siblings, and — I like to think — to many of our fellow citizens,” George W. Bush writes.

Sosa — whose mom is George H.W. and Barbara’s youngest child, Dorothy Bush Koch — has also been inspired by her grandparents’ love story.

“A year ago I interviewed [my grandmother] for the first time and my first question to her was, ‘What’s the secret sauce? What’s the secret to your marriage? How have you made it through 77 years with Gampy, my grandfather, and [you’re] still in love today?,” Sosa said during an interview with FOX & Friends on Friday. “She says, ‘Well I was in love and I am in love, so that’s not hard. What a silly question.’ So she was in love, they were in love — that’s the secret. That’s it, you just have to love each other.”

Since Barbara’s death at the age of 92, George H.W. Bush, 93, has been in and out of the hospital. But that hasn’t stopped him from supporting his family.

“Enjoying a great book and a wonderful walk down memory lane this morning,” George H.W. Bush tweeted on Friday. “Yet another reminder of just how lucky I have been in life. Very proud of the author and co-author too.”

Enjoying a great book and a wonderful walk down memory lane this morning. Yet another reminder of just how lucky I have been in life. Very proud of the author and co-author too. More at: https://t.co/W0XmyMi5Ie pic.twitter.com/53GhdnptNk

Despite Barbara’s death and George’s ill health, the couple’s love story isn’t over.

“I was in Maine this weekend. I was with [my grandfather] in the hospital and he’s getting better everyday,” Sosa said. “I think he’s at peace. We all know my grandmother is in heaven and he knows he’ll be there with her one day.” 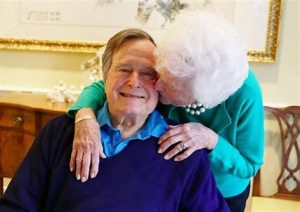 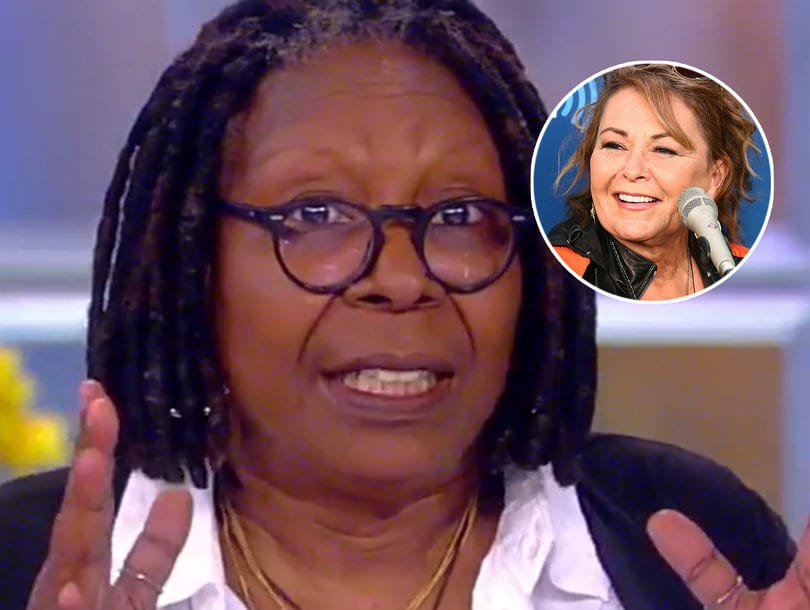 Goldberg issues a stern warning to Barr: "Just because you were caught with your pants down, don't try and drag other people...