The president rolled to a second term over Romney, winning more than 300 electoral votes. Obama told supporters “the best is yet to come.”

WASHINGTON — President Barack Obama says the American people have “picked ourselves up” and fought back during tough economic times, declaring after winning re-election that the “best is yet to come.”Obama says he wants to meet with Republican rival Mitt Romney to discuss how they can work together. He says they may have “battled fiercely, but it’s only because we love this country deeply.”

The president rolled to a second term over Romney, winning more than 300 electoral votes. Only one state’s electoral votes hadn’t been called by The Associated Press as of early Wednesday morning. In Florida, Obama has a 46,000-vote lead, with 100 percent of precincts reporting. But Florida historically has left as many as 5 percent of its votes uncounted until after Election Day, making the race too close to call until state officials complete their count, the AP said.

In victory, Obama spoke to thousands of cheering supporters, praising Romney and promising that better days are ahead. “While our road has been hard, though our journey has been long, we have picked ourselves up. We have fought our way back and we know in our hearts that for the United States of America, the best is yet to come,” he said.

Romney made a graceful concession speech before a disappointed crowd in Boston. He summoned all Americans to pray for Obama and urged the night’s political winners to put partisan bickering aside and “reach across the aisle” to tackle the nation’s problems. Romney said earlier he called Obama to congratulate him on his victory, adding that he prays “the president will be successful in guiding our nation.”

Obama triumphed despite a weak economy that plagued his first term and put a crimp in the middle class dreams of millions.

After the costliest – and arguably the nastiest – campaign in history, divided government seemed alive and well. Democrats retained control of the Senate with surprising ease. Republicans did the same in the House, making it likely that Speaker John Boehner of Ohio, Obama’s partner in unsuccessful deficit talks, would reclaim his seat at the bargaining table.

At Obama headquarters in Chicago, a huge crowd gathered waving small American flags and cheering. Supporters hugged each other, danced and pumped their fists in the air. Excited crowds also gathered in New York’s Times Square, at Faneuil Hall in Boston and near the White House in Washington, drivers joyfully honking as they passed by.

With votes counted in 75 percent of the nation’s precincts, Obama held a narrow advantage in the popular vote, leading by about 25,000 out of more than 99 million cast.

But the president’s laserlike focus on the battleground states allowed him to run up a 303-206 margin in the competition for electoral votes, where the White House is won or lost. It took 270 to win. Obama captured Ohio, Wisconsin, Iowa, New Hampshire, Colorado and Nevada, seven of the nine states where the rivals and their allies poured nearly $1 billion into dueling television commercials.

Romney won only North Carolina among the battleground states. Four years ago, Obama had carried the state.

Florida remained too close to call, a state where long lines of voters kept the polls open in some areas well past the appointed poll close time.

Here’s how it shaped up for the candidates.

The election emerged as a choice between two very different visions of government – whether it occupies a major, front-row place in American lives or is in the background as a less-obtrusive facilitator for private enterprise and entrepreneurship.

The economy was rated the top issue by about 60 percent of voters surveyed as they left their polling places. But more said former President George W. Bush bore responsibility for current circumstances than Obama did after nearly four years in office. That bode well for the president, who had worked to turn the election into a choice between his proposals and Romney’s, rather than the simple referendum on the economy during his time in the White House.

Unemployment stood at 7.9 percent on election day, higher than when he took office. And despite signs of progress, the economy is still struggling after the worst recession in history.

About 4 in 10 said the economy is on the mend, but more than that said it was stagnant or getting worse more than four years after the near-collapse of 2008. The survey was conducted for The Associated Press and a group of television networks.

Democrats held their narrow majority in the Senate on Tuesday, with 53 seats, grabbing GOP seats in Massachusetts and Indiana and turning aside Republican challenges in Virginia and Ohio. Republicans regained control of the House — 232 seats to the Democrats’ 191 seats — ensuring that Congress will be divided at the start of President Barack Obama’s second term in office.

Democrat Elizabeth Warren won in Massachusetts over Republican Sen. Scott Brown, who stunned the political world in January 2010 when he won Sen. Edward M. Kennedy’s seat. Democrat Joe Donnelly won Indiana’s Senate seat in a close-fought battle with tea-party backed state treasurer Richard Mourdock. Mourdock had been considered the favorite after knocking out six-term Sen. Richard Lugar in the GOP primary in May. But he damaged his chances when he said in a debate that pregnancy resulting from rape is “something God intended.”

In Ohio, Democratic Sen. Sherrod Brown survived an onslaught of outside spending, some $30 million, to defeat state treasurer Josh Mandel. In Pennsylvania, Democratic Sen. Bob Casey survived a late scare from businessman Tom Smith, who invested more than $17 million of his own money in the race.

In Florida, Democratic Sen. Bill Nelson triumphed in his bid for a third term, holding off a challenge from Republican Rep. Connie Mack. Republican groups had spent heavily against Nelson early in the race, but the moderate Democrat was a prolific fundraiser with wide appeal among Democrats and some Republicans in the Panhandle.

North Carolina voters elected their first Republican governor in two decades Tuesday, fanning the GOP’s hope of broadening their party’s hold on governor’s mansions across the country. The victory by former Charlotte Mayor Pat McCrory came two years after Republicans snatched six governors’ offices in the midterm elections, giving the party 29 governorships to 20 for Democrats and one independent entering the elections in which 11 gubernatorial races were to be decided.

When all the ballots are counted, Republicans could have as many as 33 governorships – the most since the 1920s and one more than they had in the 1990s.

Democratic Rep. Chris Murphy, a Democrat, won a Connecticut seat long held by Sen. Joe Lieberman, retiring after a career that included a vice presidential spot on Al Gore’s ticket in 2000. It was Republican Linda McMahon’s second defeat in two tries, at a personal cost of $92 million.

The long campaign’s cost soared into the billions, much of it spent on negative ads, some harshly so.

In the presidential race, an estimated one million commercials aired in nine battleground states where the rival camps agreed the election was most likely to be settled — Ohio, New Hampshire, Virginia, Florida, North Carolina, Wisconsin, Iowa, Colorado and Nevada.

In a months-long general election ad war that cost nearly $1 billion, Romney and Republican groups spent more than $550 million and Obama and his allies $381 million, according to organizations that track advertising.

In Virginia, the polls had been closed for several minutes when Obama’s campaign texted a call for volunteers “to make sure everyone who’s still in line gets to vote.”

In Florida, there were long lines at the hour set for polls to close. Under state law, everyone waiting was entitled to cast a ballot.

In a campaign that traversed contested Republican primaries last winter and spring, a pair of political conventions this summer and three presidential debates, Obama, Romney, Biden and Ryan spoke at hundreds of rallies, were serenaded by Bruce Springstein and Meat Loaf and washed down hamburgers, pizza, barbecue and burrito bowls.

Obama was elected the first black president in 2008, and four years later, Romney became the first Mormon to appear on a general election ballot. Yet one man’s race and the other’s religion were never major factors in this year’s campaign for the White House, a race dominated from the outset by the economy.

Over and over, Obama said that during his term the nation has begun to recover from the worst recession since the Great Depression. While he conceded progress has been slow, he accused Romney of offering recycled Republican policies that have helped the wealthy and harmed the middle class in the past and would do so again.Romney countered that a second Obama term could mean a repeat recession in a country where economic growth has been weak and unemployment is worse now than when the president was inaugurated. A wealthy former businessman, he claimed the knowledge and the skills to put in place policies that would make the economy healthy again.

In a race where the two men disagreed often, one of the principal fault lines was over taxes. Obama campaigned for the renewal of income tax cuts set to expire on Dec. 31 at all income levels except above $200,000 for individuals and $250,000 for couples.

Romney said no one’s taxes should go up in uncertain economic times. In addition, he proposed a 20 percent cut across the board in income tax rates but said he would end or curtail a variety of tax breaks to make sure federal deficits didn’t rise.

The differences over taxes, the economy, Medicare, abortion and more were expressed in intensely negative advertising.

Obama launched first, shortly after Romney dispatched his Republican foes in his quest for the party nomination.

One memorable commercial showed Romney singing an off-key rendition of “America The Beautiful.” Pictures and signs scrolled by saying that his companies had shipped jobs to Mexico and China, that Massachusetts state jobs had gone to India while he was governor and that he has personal investments in Switzerland, Bermuda and the Cayman Islands.

Romney spent less on advertising than Obama. A collection of outside groups made up the difference, some of them operating under rules that allowed donors to remain anonymous. Most of the ads were of the attack variety. But the Republican National Committee relied on one that had a far softer touch, and seemed aimed at voters who had been drawn to the excitement caused by Obama’s first campaign. It referred to a growing national debt and unemployment, then said, “He tried. You tried. It’s OK to make a change.”

More than 30 million voters cast early ballots in nearly three dozen states, a reflection of the growing appeal of getting a jump on the traditional Election Day. 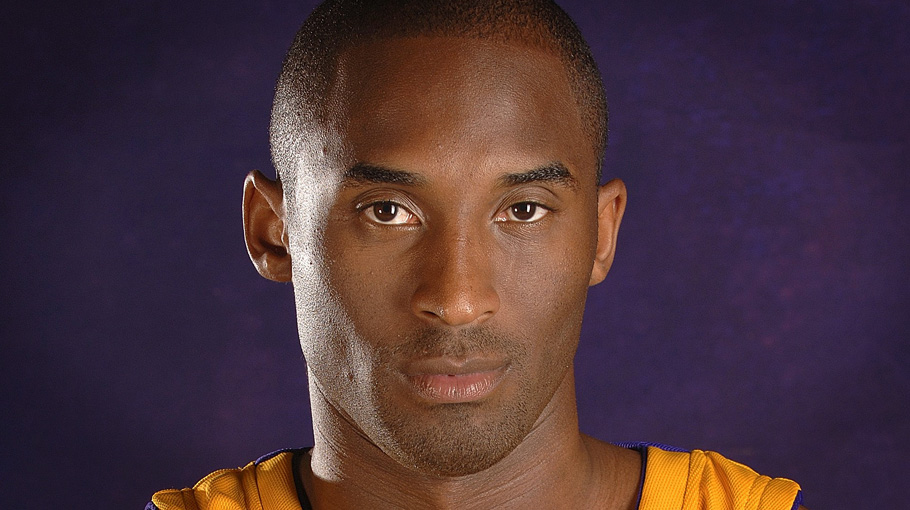 Edgy Kobe gave way to Amused Kobe. Better yet, Bemused Kobe. Kobe Bryant, skilled at measuring a mood, admitted he was even...