HARRISBURG, Pa. – Former Penn State President Graham B. Spanier was charged Thursday with hushing up child sex abuse complaints against Jerry Sandusky, making him the third school official to be accused of crimes in the alleged cover-up.

“This was not a mistake by these men, this was not an oversight,” said state Attorney General Linda Kelly. “It was not misjudgment on their part. This was a conspiracy of silence by top officials to actively conceal the truth.”

Curley and Schultz have repeatedly asserted they are innocent, and Spanier’s attorneys have insisted he was never told there was anything of a sexual nature involving Sandusky and children. Messages left for their respective attorneys Thursday were not immediately returned.

“All three of these men knowingly testified falsely and failed to provide important information and evidence,” Kelly said.

The charges were filed with a suburban Harrisburg district judge, who said the defendants were expected in his courtroom no earlier than Friday.

Sandusky, who spent decades on the Penn State staff and was defensive coordinator during two national championship seasons, was convicted in June of sexually abusing 10 boys over 15 years. He has maintained he is innocent and was transferred to a maximum security prison on Wednesday, where he is serving a 30- to 60-year sentence.

Curley, 58, the athletic director on leave while he serves out the last year of his contract, and Schultz, 63, who has retired as vice president for business and finance, were charged a year ago with lying to the grand jury and with failing to properly report suspect child abuse. Their trial is set for early January in Harrisburg.

Spanier, 64, of State College, had been university president for 16 years when he was forced out after Sandusky’s November 2011 arrest.  Prosecutors said Spanier, Curley and Schultz knew of complaints involving Sandusky showering with boys in 1998 and 2001. “They essentially turned a blind eye to the serial predatory acts committed by Jerry Sandusky,” Kelly said.

The grand jury report included with the charges said “the actual harm realized by this wanton failure is staggering,” and listed each instance of abuse that happened after 1998.

“The continued cover-up of this incident and the ongoing failure to report placed every minor child who would come into contact with Sandusky in the future in grave jeopardy of being abused,” jurors wrote.

Spanier has said he had no memory of email traffic concerning the 1998 complaint _ which came from a woman who said that Sandusky had showered with her son _ and only slight recollections about the 2001 complaint by a team assistant who said he stumbled onto Sandusky sexually abusing a boy inside a campus shower.

The grand jury report indicates Curley, Schultz and Spanier told the university’s lawyer they had no documents that addressed inappropriate conduct with boys by Sandusky. But Schultz did retain a Sandusky file in his office, the jury concluded. He told his administrative assistant Joan Coble never to look at it, according to the grand jury. “She said it was a very unusual request and was made in a `tone of voice’ she had never heard him use before,” according to the jury report.

Another Schultz assistant, Kimberly Belcher, took the file from his office at the time of Schultz’s arrest, made a copy and gave the file to him, jurors said. Kelly said it was eventually obtained by the grand jury.

A large section of the presentment outlines how, the report claims, Spanier concealed details about the investigation from the Penn State board of trustees after his grand jury testimony last year, even after a story had appeared in The Patriot-News of Harrisburg. At a May 2011 trustees meeting, he was asked by the board about the matter and did not tell them it involved the school and Sandusky, the jury said.

“Quite to the contrary, Spanier specifically informed the board that the investigation had nothing to do with Penn State and that the investigation was regarding a child in Clinton County without affiliation with Penn State,” the jury wrote. “Spanier also told the board that he could say little more about the matter” because of grand jury secrecy.

Decisions by the three men were criticized in a detailed report commissioned by Penn State and issued this summer by a group led by former FBI Director Louis Freeh. That report concluded Spanier, Curley, Schultz and then-coach Joe Paterno concealed Sandusky’s activities from the university trustees and “empowered” the abuse by giving him access to school facilities and the prestige of his university affiliation.

The Freeh report said the investigation turned up emails from 1998 in which the administrators discussed the matter, including a May 5 email from Curley to Schultz and Spanier, with “Joe Paterno” in the subject line. It read: “I have touched bases with the coach. Keep us posted. Thanks.”

Spanier told the Freeh team that he believed in 2001 that the encounter witnessed by graduate assistant Mike McQueary amounted to “horseplay,” although an email sent by him to Curley at that time reflected a much more somber tone.

In that email, Spanier was reacting to a proposal by Curley in which they would not report Sandusky to authorities but instead tell him he needed help and that he could no longer bring children into Penn State facilities. “The only downside for us is if the message isn’t `heard’ and acted upon, and we then become vulnerable for not having reported it,” Spanier wrote in 2001. “The approach you outline is humane and a reasonable way to proceed. ” Spanier’s lawyers have called the Freeh report a myth, and said he would have acted in 1998, 2001 or any time if he knew a predator like Sandusky was on campus.

In July, Spanier revealed in a letter to the board that he had been physically abused by his father as a child.  “It is unfathomable and illogical to think that a respected family sociologist and family therapist, someone who personally experienced massive and persistent abuse as a child, someone who devoted a significant portion of his career to the welfare of children and youth … would have knowingly turned a blind eye to any report of child abuse or predatory sexual acts directed at children,” Spanier wrote. 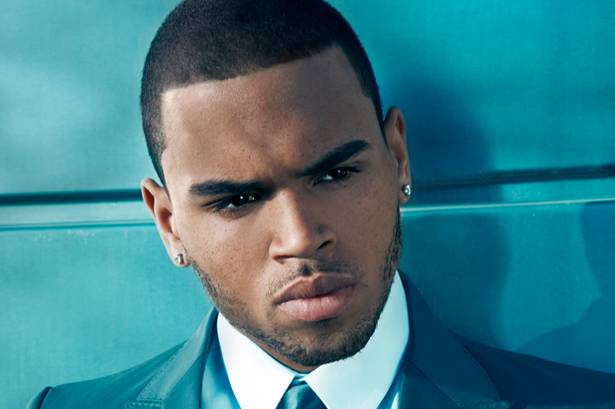 It's woefully frequent that we find ourselves wondering what Chris Brown is thinking, and the costume he wore to Rihanna's...