Diddy and DJ Khaled will be judges on FOX’s new show “The Four: Battle For Stardom”

Fox has released a first-look promo for its new singing competition series “The Four: Battle For Stardom,” which panelist Sean “Diddy” Combs has promised will “disrupt the world of competition television” and “revolutionize the format.”

“We plan on being the best talent show out there, taking it to that next level and making history again. This series is about pure competition, fighting for your survival. Do you want to win? Do you want to be great? We’re giving fans a genuine look at what it takes to make it to the top and stay there — surrounding these up-and-coming artists with the best, turning them into the next generation of stars.”

DJ Khaled shared Diddy’s excitement for the series saying, “I’m proud to announce that I will be participating in one of the most important, if not the most important events on television and pop culture… I immediately jumped at the opportunity when I realized Fox shared the same vision as me, and that’s to be the best!”

Diddy, DJ Khaled, singer-songwriter Meghan Trainor and record label executive Charlie Walk round out the judging panel on the six-episode event, which premieres Jan. 4 and will air Thursdays at 8 p.m.

The show’s format works backwards from typical competition programs. Four finalists, chosen from their auditions, will try to defend their coveted spots on the stage, as they are challenged by new singers determined to replace them. Each week, if any of the four are outperformed as determined by a panel of judges, they’ll go home, and their challengers will take their place.

The singer who is the last standing at the end of the competition will see the panel of industry experts become key players on their team. The elite group will then guide the winner’s career to help make him or her a breakout star.

To audition for “The Four: Battle For Stardom,” visit thefourmusic.com.

In related news, on Sunday (Nov. 19) at the 2017 American Music Awards, DJ Khaled took home the award for Favorite Song – Rap/Hip-Hop for his track, “I’m the One.” The song was also up for the Collaboration of the Year award but lost out to Luis Fonsi and Daddy Yankee’s “Despacito.” 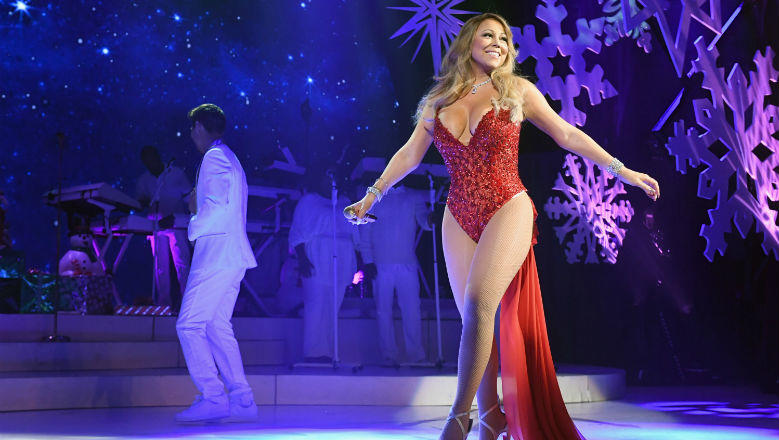 Mariah Carey is taking some time off to focus on her health! The 47-year-old singer has postponed her All I Want For Christmas...