The Los Angeles Lakers have fired Mike Brown from his position as head coach after a 1-4 start to the season, according to USA Today. Under Brown, the Lakers struggled to an 0-3 start, the first time the Lakers have done so since 1978-79, the season before Jerry Buss bought the team. The Lakers gained their only win of the year against the Detroit Pistons. Their fourth loss of the season came to the Utah Jazz on Wednesday.

Mike Brown fired is what all the headlines are: After a 1-4 start, the Los Angeles Lakers have dumped their second-year coach.  “Mike just called saying he was relieved of his duties,” agent Warren LeGarie told Yahoo! Sports’ Marc Spears. According to multiple reports, assistant coach Bernie Bickerstaff will coach the Lakers on Friday against the Golden State Warriors.

Brown began his tenure as coach at the start of the 2011-12 season, leading Los Angeles to a 41-25 record in the lockout-shortened 66-game season. The Lakers suffered a second-round exit from the NBA playoffs in a five-game loss to the Oklahoma City Thunder.

It is possible that since the Wednesday night beat down, Bryant held a discussion with general manager Mitch Kupchak and even Buss about the direction the Lakers are headed. A 1-4 start to an 82-game season does not seem that bad, especially when that team is loaded with talent at every position. However, if Bryant sees first hand that the players are not responding to Brown’s coaching then clearly a change must be made.

I am not trying to paint Bryant as the person solely responsible for Brown’s firing, but to think he did not have a hand in it is crazy. Every superstar in the history of professional sports has had at least some say in a team matter at some point in their career

The Lakers were expected to make a big improvement over last year with the offseason acquisitions of Dwight Howard, Steve Nash and Antawn Jamison. Brown, a defensive coach, implemented assistant Eddie Jordan’s Princeton system, which became a source of frustration in Los Angeles as their big-name roster couldn’t mesh on offense.

If Kobe did have a hand in the firing of Mike. Then my words to the Laker’s Owners is why not just go ahead and let Kobe be the Coach and Player. Better yet just let him be the owner, coach, and player.

Players should allow the managers and owners to do what they are there to do, and that is be owners and manage the team. Players need to do what they was hired to do…and that’s play and win….. 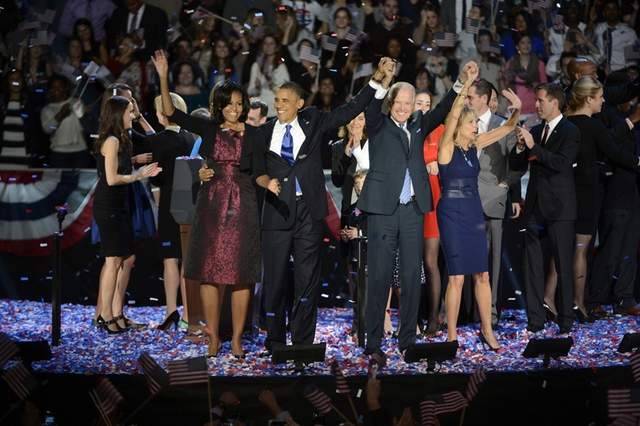 The president rolled to a second term over Romney, winning more than 300 electoral votes. Obama told supporters "the best...