SYLVIA: Hello Mr. Worsley. How are you today?

DERRICK WORSLEY: I’m doing great, how about yourself?

SYLVIA: I’m great as well. Can you tell is what was it like for you as a child?

DERRICK WORSLEY: For me as a child it was pretty complex. My father was military, so I did a lot of travelling, to different countries, different states, different cities. Every day was something different, and it was interesting, very interesting as a child growing up. I had two other siblings, a younger brother and a younger sister and we were all we had. We used to do a lot of stuff, playing around, acting around as kids normally do.

SYLVIA: Can you tell us a little bit about Nashville, the TV show and what your part is, and how well you work with your co-workers?

DERRICK WORSLEY: Yeah, the TV show Nashville is very fun, it’s a great cast, high profile cast members, and I was actually brought on as a test trial to play a town sheriff, and once I did that, the first initial performance, they immediately told me that they were going to be bring me back as reoccurring, and I’ve been doing Nashville ever since then, playing the sheriff of the town. Basically I protect the city of Nashville.

SYLVIA: Besides the huge series ‘Nashville’ what other TV and Commercial or Modeling projects have you been involved with?

DERRICK WORSLEY: I’ve been involved in several. I’ve been involved in Tyler Perry’s The Have and Havenots, I’ve shot Eastern Automotives Commercial, I’ve done pilot movies for U.S.A., I’ve done voiceovers for the CW network and the list goes on. I’ve just been having a blast doing all those different projects and it’s been fun. I’m working on a new project now, with Sylky Smoove Entertainment, and that’s really one of big focus at this current time.

Be Sexy, Healthy, and Happy 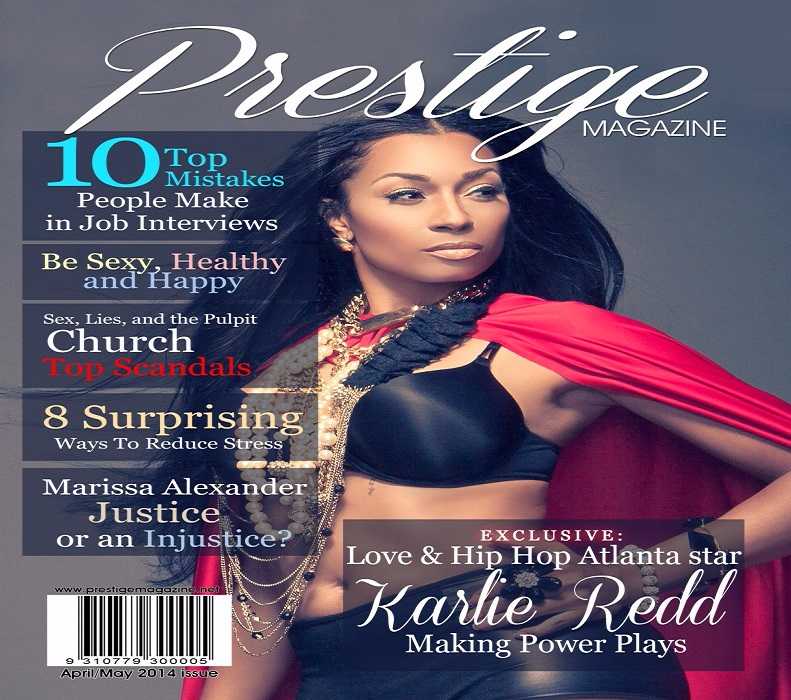 ERECIA: How are you doing today? KARLIE REDD: I’m wonderful. ERECIA: That’s good. I know you’re busy, so many...