I must say when I first saw this video I asked myself where have I been. Demetria recorded this tribute in February and I was temporarily upset that she didn’t tell me about it when I saw and spoke with her in January.  But ” I forgive you Demetria..this time”… Just kidding. But back to the tribute. I’ve had the pleasure of  previously interviewing Demetria. And since Prestige has evolved  since that time, I’m looking forward to having her on the cover once again. We all know and love Demetria for her role as “Janine Payne” on the hit TBS sitcom ” Tyler Perry’s House of Payne”, as well as starring in other Tyler Perry stage plays such as,  “Meet the Browns”,  “What’s Done In The Dark“, “Why Did I Get Married“, and “Madea’s Family Christmas”.  Demetria has also  starred in  “The Mountaintop”, “Church Girl”, the musical “I Dream” in which she portrayed Mrs. Coretta Scott King and “Dreamgirls” which she performed with the legendary Jennifer Holliday.

She currently stars on the TV One sitcom The Rickey Smiley Show as Monica, Rickey’s ex wife. So make sure you tune in to TV One  on Sunday nights and keep check for the new season that will be premiering July 23rd.

Demetria’s other numerous film and television credits include the films “Daddy’s Little Girls”, “Let The Church Say Amen”, “Breaking Up is Hard to Do” and shows “Necessary Roughness”and “Let’s Stay Together”. She has extensive vocal and dance training. She is an R&B/Soul singer who has opened for artists such as Tank, Dwele and Anthony David. She has three singles available on Itunes “Take Away” and “Get Yo ..ish” and “Livin It Up” (her duet with Anthony David). She is presently working on her debut CD with notable producers such as Musiq Soulchil. Now in saying all of that. I must say that all three of her singles that is available on Itunes, I’ve already downloaded to my IPhone and it’s been on repeat.  But when I went to Demetria website http://www.demetriamckinney.com and saw she had a new video up and it was a tribute to Whitney Houston. I had to stop whatever I was doing and listen. I’m left with saying WOW, and in tears, She did a phenomenal job on this tribute song and really showed the power, strength and range in her vocals. Prestige readers, take a listen below and leave your comments letting me know what you think. 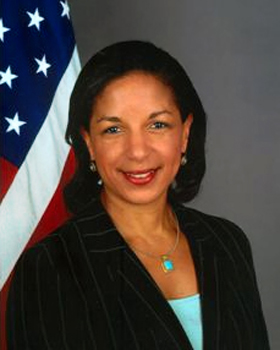