Death at NASCAR race said to be ‘Self-inflicted’

The conclusion of the Sprint Cup weekend took a tragic turn Saturday night as a man died of a “self-inflicted injury” following a verbal altercation at the track.

Kirk Franklin, 42, of Saginaw, Texas, died late in the race due to what police termed a “self-inflicted injury.” The incident report from the Fort Worth Police Department said Franklin’s body was found in the back seat of a truck in the infield campgrounds.

Franklin was pronounced dead at 10:48 p.m. Saturday night according to the Tarrant County Medical Examiner. No manner of death has been released.

Last night, police spokesperson Tracey Knight said a white male had died after an argument during the Sprint Cup race. She also said alcohol may have been a factor in the incident.

Knight did not identify Franklin and wasn’t sure of the man’s relationship with others involved in the altercation. Several people witnessed the incident, but nobody was in danger, Knight said.

Knight wouldn’t say how the man died. The incident occurred in the middle of the backstretch area and happened in or around a pickup truck.

Track officials confirmed late Saturday that emergency vehicles were called for an incident in the infield camp grounds. 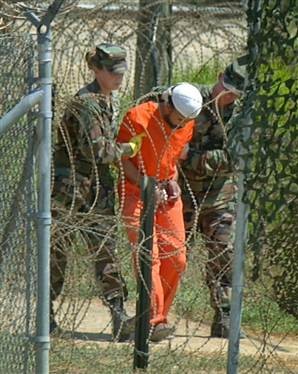 Prisoners at the Guantanamo Bay prison fought back Saturday as guards tried to move hunger strikers from a communal area...