LOS ANGELES (AP) – Actor-comedian Kevin Hart has been injured in the crash of a vintage muscle car in the hills above Malibu.

A California Highway Patrol collision report says the 40-year-old Hart was a passenger in a 1970 Plymouth Barracuda that went off Mulholland Highway and rolled down an embankment around 12:45 a.m. Sunday.

The report says Hart and the driver, 28-year-old Jared Black, both suffered “major back injuries” and were taken to hospitals. 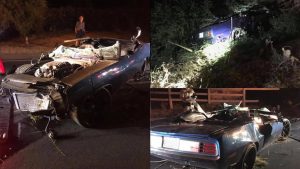 Another passenger, 31-year-old Rebecca Broxterman, only complained of pain.

The CHP report says the car immediately went out of control as it turned from a canyon road onto the highway.

The report says the driver was not under the influence of alcohol.

A representative for Hart didn’t immediately reply to messages. 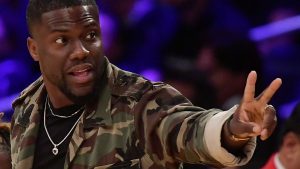 One of Kevin Hart‘s classic cars ended up in a ditch in the Malibu Hills after veering off the road … TMZ has learned and looking at the damage … it’s a miracle he and 2 other people in the vehicle survived.

The accident happened just before 1 AM Sunday on the winding and treacherous Mulholland Highway. Crash scene video, obtained by TMZ, shows Kevin’s Plymouth Barracuda deep in a gully about 10 feet off the road.

The car smashed through wooden fencing along the roadside, and you can see the roof was completely crushed by the impact.

Cops have confirmed the vehicle belongs to Kevin, but they tell us he was not driving at the time of the accident. There were 2 other people were in the car, including the driver — and cops say Kevin and the driver both suffered “major back injuries.”

The third person is a woman who did not require hospital treatment. Police say the driver had not been drinking.

Kevin was first out of the vehicle and according to a witness, a member of his security team showed up in an SUV and picked him up. Kevin lives nearby and cops say he went home “to get medical attention.” He was eventually treated at a hospital.

Earlier, on Saturday … Kevin posted a video of himself in his vintage ride, as someone yelled at him for laying down too much rubber on the street as he spun out his tires. 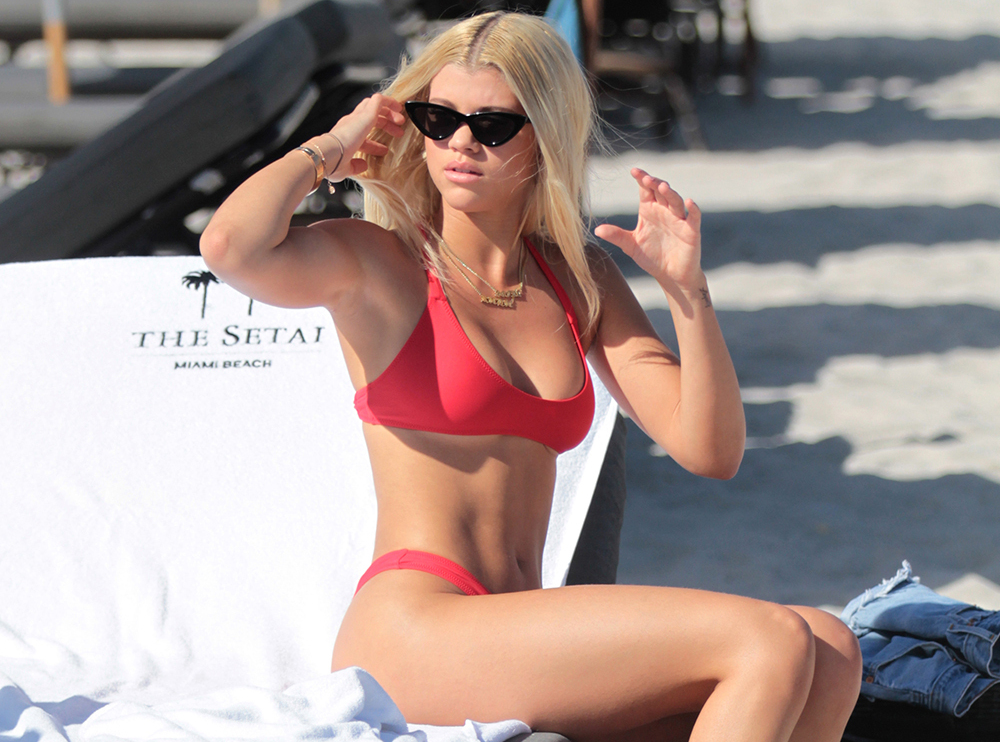 It’s National Beach Day! Celebrate with us by taking a look at these photos of celebrities like Sofia Richie and Kim Kardashian...