Following the Panthers’ loss to the Denver Broncos in Super Bowl 50, Cam Newton made what was then considered his most prominent gaffe with the press. In a terse session with reporters, Newton kept the hood of his sweatshirt pulled over his head and remained slouched in a chair while answering questions with as few words as possible.

Off to the side, you could see offensive coordinator Mike Shula and quarterbacks coach Ken Dorsey both trying to get his attention from a vacant podium in what seem to be Shula trying to tell Newton to remove his hood and sit up. Perhaps they knew what was coming based on Newton’s mood after the 24–10 defeat.

Let’s fast forward to his sexist remarks toward Charlotte Observer reporter Jourdan Rodrigue at the beginning of this month obviously made that back and forth in the belly of Levi Stadium seem like a tame, distant memory. Saying it was “funny” to hear a female “talk about routes” escalated from a perceived, general dislike of reporters into a profound lack of respect for a female beat reporter asking a fair football question and women working in sports altogether. No matter who wants him to change or who instructs him to change, he seems to have drawn a line in the sand when it comes to the press.

Let’s look as well to this past week where, upon Rodrigue’s return to the facility (after Newton’s comments, it was discovered that Rodrigue made racist jokes on her Twitter feed four and five years prior to the incident, for which Rodrigue issued an apology), Newton did not attend his required weekly briefing with reporters. During the open locker room session where journalists had access to the entire team, Newton played music at an obstructively loud volume, theoretically hampering reporters from doing their job.

On Wednesday, Newton left the podium after Rodrigue’s beat partner, longtime Observer writer Joe Person, asked Newton the following question: “Cam, big plays—chunk plays—can get you that energy you’re talking about. Does this offense, and I know you had several in Detroit and New England, do you think you guys have the wherewithal to do that consistently week in and week out?”

Newton then said “Next question,” waited three seconds and left the area. Newton did answer previous questions from Person, and Observer columnist Scott Fowler before the clipped incident:

In a statement provided to The MMQB, the Panthers said: “Cam didn’t intend to be discourteous toward any specific media member. In his mind after answering questions for nine minutes he had fulfilled his obligations.”

Because of Newton’s prior actions, his walk-off on Wednesday will appear to have malicious intent no matter what his true motive was. If Newton’s goal is to suggest that reporters don’t ask questions worth his time, or that he has better things to do than stand and discuss Carolina’s recent loss to the Chicago Bears, there’s probably an interesting and legitimate debate to be had. After that Super Bowl, I do remember thinking that because of Newton, post-game questions probably do need to improve to some degree and be sharper.

However, the way Newton has chosen to go fight this battle left him all alone. Like that Super Bowl night, it seems there are people in the periphery waving, trying to get his attention and help him. Like that night, Newton opted to ignore them.

My suggestion to the Panthers is, STOP MAKING EXCUSES FOR CAM NEWTONS TANTRUMS! 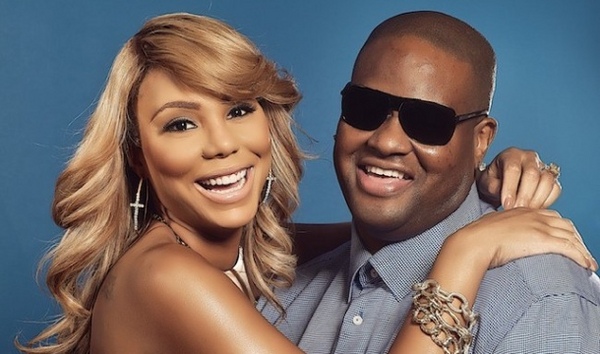 R&B singer Tamar Braxton has filed to divorce her husband Vincent Herbert, who is also her manager. Braxton filed...