A gunman killed four people and injured two children, in a shooting rampage in Tehama County on Tuesday morning before he was fatally shot by law enforcement.  Authorities described a chaotic scene in which a gunman in a stolen car appeared to pick targets at random in the rural Northern California county. They said the shootings appear to have begun as a “domestic violence incident,” but did not provide details.

The gunman was fatally shot by sheriff’s deputies. His name has not been released. The Tehama County Sheriff’s Office said that it was dealing with seven crime scenes and that 10 victims were being treated for injuries.  Officials don’t have a motive for the attack but said the gunman seemed to fire at random and might have been in some type of dispute with neighbors.

The gunfire began minutes before 8 a.m. off Bobcat and Fawn lanes in Rancho Tehama, near Red Bluff, about 120 miles northwest of Sacramento. Authorities received a call of a “man down,” officials said. The gunfire awoke John and Ronda Root, who live nearby.  It was a sound they were accustomed to in the rural neighborhood of Rancho Tehama, where lots of people own guns. Neighbors are known to fire them off at night with some regularity, said Ronda Root. Another neighbor, Reta Sweeney, said she’s been hearing semi-daily gunfire in the evening and at night for more than a month.

FBI agents are seen behind yellow crime scene tape outside Rancho Tehama Elementary School after a shooting in the morning on November 14, 2017, in Rancho Tehama, California Four people were killed and nearly a dozen were wounded, including several children, when a gunman went on a rampage at multiple locations, including a school in rural northern California.  So when the gunfire started, John, known as “Big John” to his neighbors, was angry. He stomped onto his porch and started yelling.  “Hey! Don’t make me come down there and take that gun away! It’s 7:30 in the morning!”

By the time police arrived the shooting had stopped and the gunman was gone. The shooter stole an unoccupied white F-150 pickup truck “and went on a shooting rampage throughout the community,” said Tehama County’s assistant sheriff, Phil Johnston.

Authorities would not say exactly where the man opened fire in the area, but said it was spread across seven crime scenes that included the local elementary school about two miles from where the rampage began. At one point, officials said, the shooter returned to Bobcat Lane with the truck, but crashed it and then carjacked a sedan and continued his assault.

In between the two locations, authorities said the gunman drove down the street firing at random houses and cars and even shot at a mother taking her son to school who drove past him.

“She was transporting her children to school, driving down the road, passed by the [gunman’s] vehicle and he opened fire on them without provocation or warning,” Johnston said.

The boy, who was sitting in the back seat, was expected to survive. His mother, however, suffered “very life-threatening” injuries, Johnston said.  At the school, the gunman fired into buildings from outside, Johnston said. One boy in a classroom was wounded, but survived.

No children were among the dead, he said. There was also no apparent motive for the assault.  “We know of no real connection to any of the victims,” he said. “Most of the victims in this case appear to be random selections.”

“It was all over in about 45 minutes,” Assistant Sheriff Phil Johnston said.

A semiautomatic rifle and two handguns were recovered after deputies shot and killed the gunman.

Tiffany Rodgers, 33, said the community of 1,200 is close knit, coming together even to hold a Christmas parade, decorations not required. She and her husband have lived here seven years, raising four children on a farmstead and running one of the few businesses in community, a small coffee and sandwich shop behind a thrift store.

Cellphone service is largely non-existent. Residents rely on a Facebook group page to share news, make requests to borrow ingredients when cooking, and post what they hear on the police scanner. While her husband was outside their coffee shop monitoring the path of gunfire beyond the trees across the road, she went to that site, and saw the active shooter warnings.

She continued her account: “Silver car flew past us up the hill with a shot out window. About three minutes past that, sheriffs made it on here.  “We could hear everything, it is so quiet here. “Then we could hear the gun battle. Minimal 10 shots. After that main exchange I heard no more.” She paused.    “I just want to make sure this town doesn’t get a bad name. Such a beautiful, remote community and this happens everywhere,” she said. “And I’m really hoping they don’t go for the gun violence portion of this, either, because it’s not a gun. I own guns. I take my kids shooting. It’s the person. and sometimes bad things happen.

“It’s not the gun, it’s not mental illness. It’s not anything, it’s just life unfortunately.” Five of the shooting victims were taken to Enloe Medical Center and three have since been released, the hospital said. Dignity Health said its facilities received five victims and two have been transferred to other hospitals.

“We have assembled our resources, including staff and specialists, and are working closely with local facilities and agencies to help during this time,” Dignity Health said in a statement.  Nearby residents and business owners said they heard at least 100 gunshots.

“I thought this only happens to places like L.A. or New York,” Jose Garcia, owner of La Fortune Convenience, told the Los Angeles Times.

Coy Ferreira, a parent at the school, told KRCR-TV that he heard a series of gunshots through a classroom window and saw one young boy shot in the foot and chest and a second student shot in the arm. Both were alert and conscious, he said.

Gov. Jerry Brown released a statement expressing shock at the violence. “Anne and I are saddened to hear about today’s violence in Tehama County, which shockingly involved schoolchildren. We offer our condolences to the families who lost loved ones and unite with all Californians in grief,” he wrote.   Sen. Kamala Harris said on Twitter: “Heartbroken by the news of a shooting at an elementary school in Rancho Tehama. Grateful to the officers and first responders on the scene. I am closely monitoring the situation.” Vice President Mike Pence also posted on Twitter. “Saddened to hear of the shooting in  N. California, the loss of life & injuries, including innocent children. We commend the effort of courageous law enforcement. We’ll continue to monitor the situation & provide federal support, as we pray for comfort & healing for all impacted.” 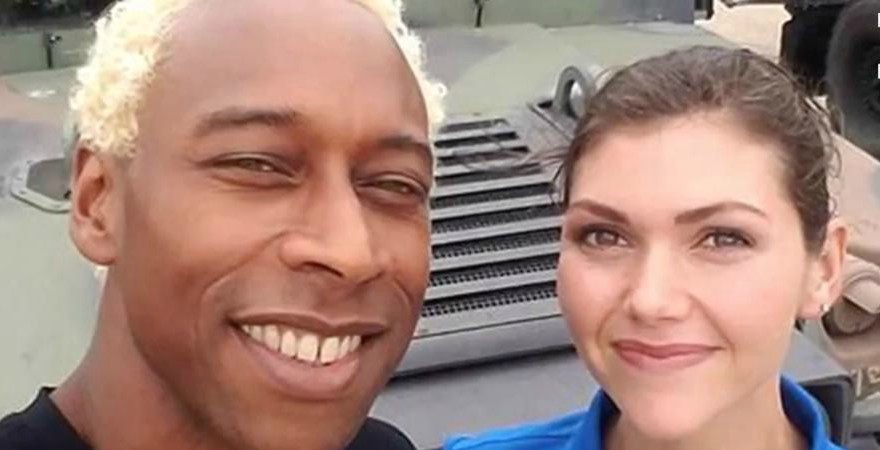 A former professional football player sliced his wife’s neck and then crawled on the ground outside their rented Utah condominium...