Broadway star Nick Cordero has died after a months-long battle with the coronavirus. He was 41.

Cordero, whose Broadway credits include Waitress and Rock of Ages, died on Sunday morning at the Cedars-Sinai Medical Center in Los Angeles, where he had been hospitalized for over 90 days.

He is survived by his wife Amanda Kloots, whom he wed in September 2017, and their 1-year-old son Elvis Eduardo.

“God has another angel in heaven now. My darling husband passed away this morning. He was surrounded in love by his family, singing and praying as he gently left this earth. ⠀ I am in disbelief and hurting everywhere. My heart is broken as I cannot imagine our lives without him. Nick was such a bright light. He was everyone’s friend, loved to listen, help and especially talk. He was an incredible actor and musician. He loved his family and loved being a father and husband. Elvis and I will miss him in everything we do, everyday,” she wrote on Instagram Sunday.

“To Nicks extraordinary doctor, Dr. David Ng, you were my positive doctor! There are not many doctors like you. Kind, smart, compassionate, assertive and always eager to listen to my crazy ideas or call yet another doctor for me for a second opinion. You’re a diamond in the rough,” Kloots continued.

“I cannot begin to thank everyone enough for the outpour of love , support and help we’ve received these last 95 days. You have no idea how much you lifted my spirits at 3pm everyday as the world sang Nicks song, Live Your Life. We sang it to him today, holding his hands. As I sang the last line to him, ‘they’ll give you hell but don’t you light them kill your light not without a fight. Live your life,’ I smiled because he definitely put up a fight. I will love you forever and always my sweet man,” she concluded.

Kloots revealed on March 31 that her husband was in intensive care and “having a hard time breathing” after being diagnosed with pneumonia. Days later, the fitness trainer revealed that her husband was in “stable” condition, but that doctors were still confirming the cause of his health crisis. “Two negative COVID tests. Doctors are convinced though that it is COVID so they did a third test,” she wrote, adding that her husband was responding “well to the medication for COVID.”

His third test came back positive for coronavirus.

Although Cordero fell ill in early March, his symptoms were initially intermittent and didn’t seem to align with those frequently associated with COVID-19. “He could not get out of bed, so tired, no energy, that was really his only symptom,” she told BuzzFeed News at the time.

However, in late March, his symptoms worsened and Cordero began experiencing trouble breathing. After going into the emergency room, Cordero told his wife he would be moved to the ICU, and one day later, he called to say doctors had decided to put him on a ventilator.

On April 10, Kloots shared that her husband was “fighting for his life,” and the following day, she spoke about his worsening health. “We had really great progress and then yesterday I got a phone call saying he had an infection in his lung, a new infection, that caused his fever to spike way above normal, which caused his blood pressure to drop, which caused his heart to go into [an] irregular pattern,” the fitness instructor said. “He lost consciousness, he lost his pulse and they had to resuscitate him. It was very scary. They had a very hard time getting him back.”

Hours later, she learned that her husband had to go undergo emergency surgery, as a machine he had been placed on to help “support his heart and lungs” was “stopping blood flow to his right leg.”

After making it out of surgery alive, Cordero remained in “very critical condition.”

“He is struggling. Just every minute counts right now,” she said, as she implored their fans and loved ones to keep her husband in their prayers.

The following week, Kloots shared that her husband’s leg would need to be amputated, due to coronavirus complications. In the days following the amputation, Kloots told fans that they were “in a bit of waiting game,” sharing that doctors believed that the actor “should have woken up by now” after performing an MRI scan. She also said that doctors hoped to be able to take Cordero off of a ventilator in the coming days.

By April 24, Kloots had some good news to share with her husband’s fans: he had tested negative for COVID-19. However, hours later, she shared that doctors decided to put in a temporary pacemaker after Cordero began experiencing irregular heartbeats.

Days later, the father of one “ended up getting an infection in his lungs” that spread to his blood, causing him to go into “a little bit of a septic shock” after developing a fever, according to Kloots. Cordero’s doctors later told Kloots that her husbands lungs had become “severely damaged to look almost like he’s been a smoker for 50 years.”

“They’re that damaged,” Kloots shared in an update on April 30. “There are holes in his lungs where obviously you don’t want holes to be.”

Cordero woke up from his medically induced coma on May 12 almost two weeks after undergoing a tracheostomy procedure. At the time, his wife said that he was “extremely weak, so weak that he can’t close his mouth” but “following commands, which means his mental status is coming back.”

However, Cordero continued to deal with lingering issues in his lungs. Though doctors had been cleaning out Cordero’s lungs daily, Kloots said that it was “not getting better.”

During Cordero’s hospitalization for coronavirus complications, the actor also suffered “two mini strokes” and “needed resuscitation,” according to Kloots. “He had no pre-existing health conditions. We do not know how he got COVID-19 but he did,” she wrote in an Instagram post on May 8. “This disease does not only effect old people. This is real. A perfectly healthy 41 year old man!”

In June, after 79 days of not being able to visit Cordero in the hospital due to coronavirus safety guidelines and visitor restrictions, Kloots was finally able to visit her husband at the L.A. hospital and shared a photo of them holdings hands at his bedside. That same month, Kloots told fans that although Cordero was unable to move or talk. “He can’t talk because of the ventilator and he can’t move because he’s so weak,” she said. “But he’s awake and he’s in there. He can answer questions with yes or no with his eyes.”

Cordero’s muscles had begun to atrophy due to his lack of movement, resulting in a significant 65 lbs. weight loss, according to his wife.

On July 2, Cordero underwent a procedure to have his temporary pacemaker removed, according to Kloots. Then, the next day, Kloots got candid about the realities of her husband’s condition while addressing some “negativity” she’s been seeing on her social media, explaining that she has continued to focus on her business amid Cordero’s hospitalization because she’s unsure “if he’ll be ever able to work again.”

“My husband has been in the ICU for 91 days. We don’t know if he’ll make it. I hope and pray every single day of my life that he does. But, if he does make it, I don’t know when he’ll be able to work again,” she said at the time. “I have a family. I have bills. I have no idea what Nick’s hospital bills are going to be. I haven’t even tried to wrap my head around that yet. I have a mortgage. I have a car payment. I have a son that is one years old that I want to send to college one day, or at least give him whatever I can.”

The mother of one recently spoke about how her husband’s fighting spirit. “They told me four times that he won’t survive. Sometimes even he won’t survive through the night, but he has,” Kloots told CBS This Morning. “He’s fighting. I see it every day. Nick’s doctor sees it. And as long as he’s in there and fighting, I’ll continue to fight with him.”

In support of Cordero’s family, a GoFundMe page was created to raise funds for his medical bills. 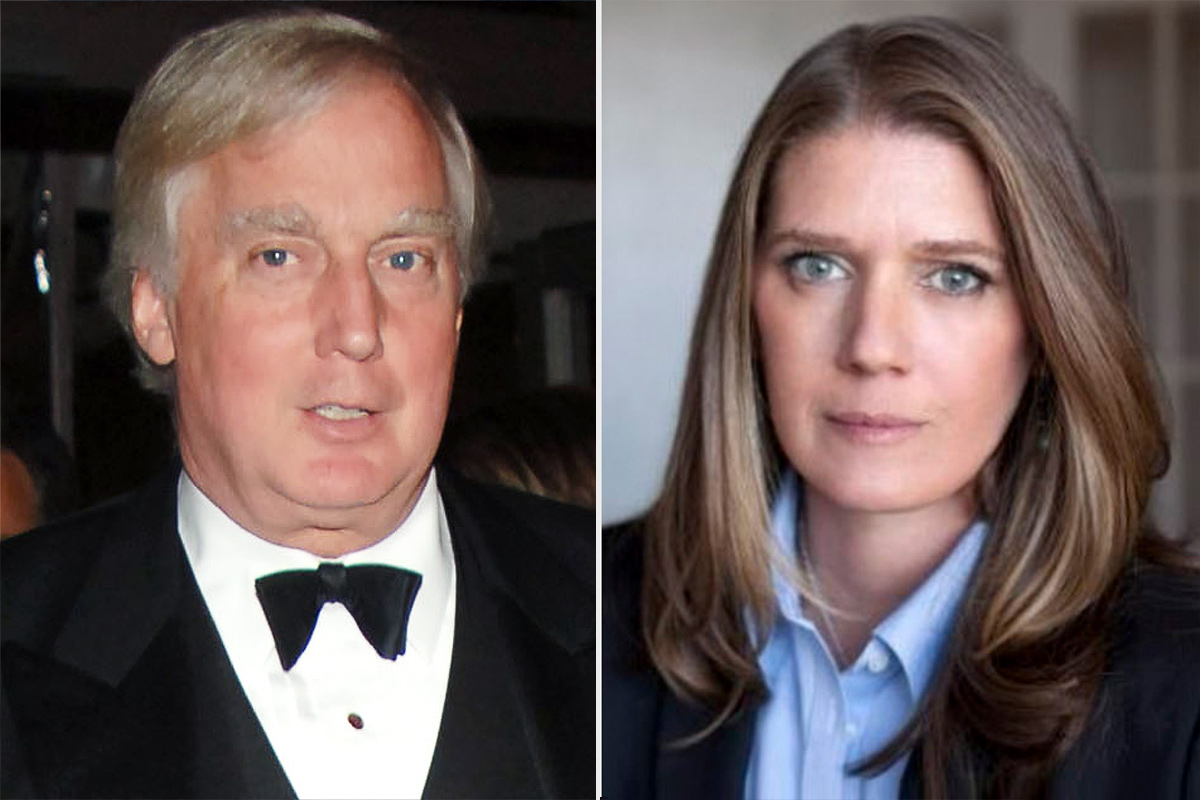 President Trump's brother filed a new lawsuit to block the publication of their niece's upcoming book about the president...