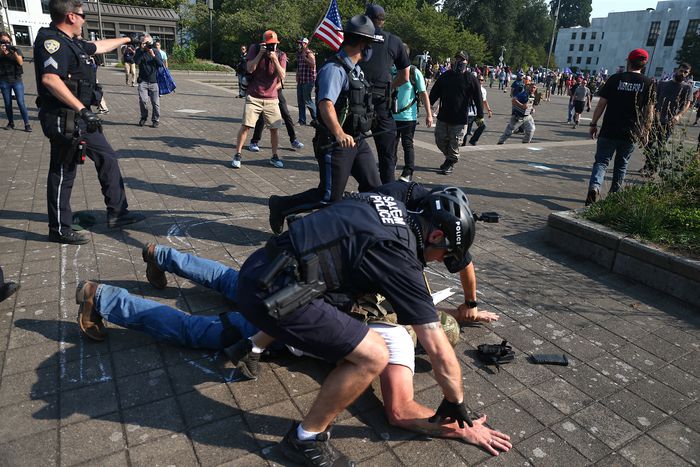 At least 2 President Trump supporters -- and members of the far-right group Proud Boys -- were busted after chasing down...