Oklahoma authorities are investigating the deaths of a Black Wall Street Chamber of Commerce president and her husband after they were called to the couple’s home Wednesday morning. Bixby Police responded to a 911 call at a residence in the Tulsa suburb where they found Sherry Yvonne Smith dead and her husband, Martin Everett Smith, injured.

Martin was transported to a nearby hospital where he later passed away.

Police have not disclosed what types of injuries the Smiths suffered, but in a press release Wednesday night said the incident “appears to be domestic in nature but the investigation is still underway to determine the timeline and what [led] to this tragedy,” reported the Tulsa World. Police are not looking for a suspect at this time, Fox23 News added Wednesday.

“My heart is very heavy over the death of Sherry Gamble Smith, visionary leader of the Black Wall Street Chamber in Tulsa,” Ken Levit, executive director of Tulsa’s George Kaiser Family Foundation posted on Twitter in tribute to Smith, Wednesday. “She was a warm and wonderful human being full of generosity in spirit and a conviction to do justice and act with decency always.”

As president and CEO of the Tulsa-based Black Wall Street Chamber of Commerce, Smith led a non-profit dedicated to promoting “the sound economic well-being of African American-owned businesses,” per the organization’s website.

“The BWSCC serves as an advocate to unify, promote and empower the African American community through entrepreneurship, programming, economic development, education, and training in Tulsa, Oklahoma,” it added.

The name of the organization derives from the former nickname of the Greenwood neighborhood in Tulsa, which prospered in the early 20th century.

Tragically, Black Wall Street came to an end with the Tulsa race massacre of 1921, which saw the deaths of hundreds of residents and the destruction of over 1,200 homes and businesses. 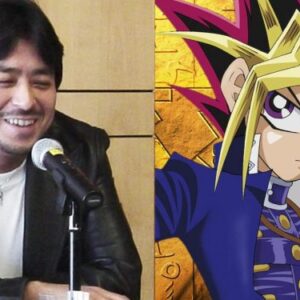 Manga artist Kazuki Takahashi has died at the age of 60, leaving behind an enormous legacy stemming from his hugely popular...