Beyonce Returns To Music With Anthem ‘Bow Down’

After months of PG performances (the national anthem, the Super Bowl), Beyonce returns to music with a mean anthem: “Bow Down / I Been On,” posted to her SoundCloud account on Sunday and promoted by a fierce Instagram, seems like a composite of a trap-style banger and a syrupy, pitch-shifted spoken word piece.

With more than 118 million records sold worldwide, 17 Grammy awards and an electrifying Super Bowl performance, Beyonce Knowles Carter is the indisputable Queen of Hip-Pop, a hybrid genre of R&B, pop and soul, that she herself created. And while Rihanna, Katy Perry and Lady Gaga can claim fame, Beyonce can claim it all: fame, fortune, a doting husband, beautiful daughter and the world at her fingertips. The question is why she would compromise it all by releasing a song like “Bow Down”?

The bread and butter of Beyonce’s career have been empowering women and girls to embrace their curves, ambition and independence. “Bow Down,” Beyonce’s first single since the birth of her daughter Blue Ivy seems to undercut many of those messages with its biting, ego-centered, “anti-girl-power” lyrics.

“Bow Down” is the kind of song one might expect from an overzealous starlet trying to make a name for herself, not a megastar. Beyonce should be basking in her recent victories, such as her multi-million dollar Pepsi deal or sold-out concert just three months after giving birth, rather than squabbling with imaginary enemies.

Perhaps the pressure to stay on top and manage it all is finally starting to catch up to her. As any ambitious career woman can attest, going back to work after having a baby while trying to prove you can still do your job is overwhelming. In Beyonce’s case, she has to be bigger and better than before. The thing is that she is her only real competition.

If Oprah Winfrey released the equivalent of a song like “Bow Down,” we would all be scratching our heads, as it would be antithetical to all she stands for. The same is true for Beyonce. “Bow Down” is a real misstep and not what being an independent, powerful woman is all about. Prestige readers what’s your opinion on this one…. 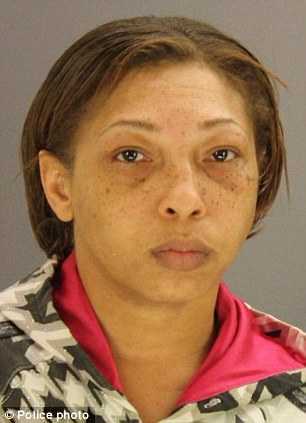 Chastity Butler, a diabetic 9-year-old girl from Dallas, Tex., was found dead in 2008, a bag of candy and a partially eaten...