AWARD-WINNING SERIES UNSUNG AND SMASH HIT UNCENSORED RETURN TO TV ONE
WITH NEW SEASONS EXPLORING THE INTIMATE LIVES OF CELEBRITIES ON SUNDAY, MARCH 3

UNSUNG celebrates the lives of trailblazing musicians whose full stories and journey have yet to be explored. This season promises memorable stories of influential artists including R&B heartthrob Lloyd, 90s songstress Adina Howard, 80s family band The Jets, singer/songwriter Shirley Murdock, house music legend Crystal Waters, crooner Glenn Jones, vocalist Kenny Lattimore and contemporary gospel musician Tasha Cobbs-Leonard. Through first-hand accounts, interviews with family and friends, and archival footage, each episode weaves a tale of the highs and lows of a life in the limelight.

The eight episode auto-biographical series delves into the lives of luminaries as they reveal secrets to their success, obstacles they faced and how they’ve navigated the perils of social media that helped but sometimes haunted their careers. Viewers will get a glimpse into the lives of celebrities as they personally reveal their own stories, in their own words. 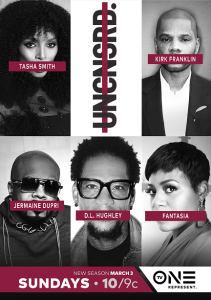 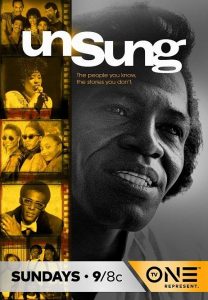