Sylvia: Hello, Minister Deborah Smith Simpkins. It’s a pleasure to have you as our guest for Prestige Magazine and to have you tell us of your somewhat controversial story. So, first, before we get into this tell-all eye-opening and magnificent story that you have, can you give us a little background on yourself growing up as a child, your family life, and what a typical day, week, or month was like for you?

Deborah: Thank you, Sylvia. I’m so happy to be here and honored that you would even have me as a guest or interview me, so I’m so grateful for that. Growing up as a child, for me, I am a preacher’s kid. My father was a pastor and then a bishop, so everyday life for me was just church, church, church, church. I went to church probably six to seven days a week every week. We were very fortunate, we had housekeepers, and nannies. So, my father had a very poverty stricken start in ministry, but God did increase and bless him until his ministry grew to over 14 churches and 19 bible colleges. So, I am the youngest of eight, so I kind of had a bird’s eye view of the struggle my family was going through when they were not so well off, but by the time I was like seven or eight my family’s financial dynamics had completely turned around. So, I grew up very fortunate and I thank God for that.

Sylvia: Now, I know that during the time of the book and when all of this was found out as a tell all that you probably had to deal with feelings of being ostracized, you were probably talked about judiciously, not only from your church family but some of your friends and family members as well. So, how were you able to deal with those types of feelings?

Deborah: I don’t even know how you were able to perceive that because that’s exactly what happened. I didn’t have to deal with the feelings of it, I had to deal with the reality of it. I felt like I wanted to go hide underneath a rock. I was not a promiscuous girl growing up. My father was very strict and I can count on my hand how many men that I have been with, but this relationship, once it got out into the Christian world I was labelled as like a church-hopping-hoe, and I had never been that type of person, and I caused a lot of shame to come upon my father which really hurt me, and my children which also broke my heart. And I got into this relationship not even knowing that this man was married. Now, I have to be honest, once I found out that he was married I did not end the relationship right away because I had been caught up, my feelings were caught up. And if you would’ve asked me before entering this relationship I was the person that said, “I have such resentment for women who mess around with married men. I would never mess around with a married man, which is just horrible.”

But when I found myself in that situation my heart was locked into a married man and I just could not disconnect that easily. So, it made me more sensitive to some women that are going through that type of situation. I will not condone it, but at least now I can understand, so I’m not the type of person that would say, “Oh, I’m not dealing with her.” Or, “She could never be—.” I have broken up friendships with women that I found out were dating married men prior to me getting into that situation. So, yes, I sat down in my church, I couldn’t do anything. I couldn’t do announcements, I couldn’t usher. My father sat me down and I was sat down for three years, and I started going to another church, a friend of mine’s church, and his wife happened to be friends with this pastor’s wife, and while I was sitting there worshipping one of the ushers came to me and told me that I was not allowed to worship here that day. And I could tell you many stories, but let me tell you one thing, when I went through all of that I got into a place where I was tired of being tired. I was emotionally spent. I had to question where I was with God and he brought me out, and I don’t have to care about what people say or how they feel. I just have to be concerned about where my relationship is with God and I can’t let anybody hold me back on what I used to do because I’m not there anymore.

Sylvia: You’re right. Now Deborah we know that this book, you said, it was an embellishment upon the truth, but then you also did The Truth Exposed which went much deeper than you did with the first novel, so this one I’m quite sure really, really blew the lid off of everything that was going on to give people an even deeper insight into what was happening in your life during this time and the people who were effected as well. So, we also know that you’ve constructed many platforms to present this story to women and men, like you said, not only in the pulpit but wherever you go because there are so many women and men that are experiencing these types of issues or issues that are similar to those. So, my question for you is what kind of things do you tell these people when you’re going out to do your motivational speaking? How do you tell them to deal with the healing process of these issues and how to kind of make it through based on your experiences, or on some of the other experiences that you’ve seen or witnessed in your life?

Deborah: We did continue the story because people fell in love with Leon, the main character, and Kiyah the main character. So, we continued the story and we went to Robbed without a Gun, we went to Broken Pieces, and then came The Truth Exposed. And what we wanted people to see that the journey didn’t end with Kiyah crying and being distraught. We wanted them to see when she met the man of her dreams, when she met Sean and how God brought her full circle, and that we may endure for a night, but joy will come in the morning. So, she’s just not going to always be the damsel in distress and sometimes what people may think is a setback can really be a set up for something greater.

So, we kept on going with the story and The Truth Exposed was basically like people saying, “This book seems so real, the characters jump out of the pages. We can tell that Kiyah is you, Deborah. We know she’s you.” So, I went on with the story and truth be told I didn’t hide people behind the names. And people are just begging for this book. I actually had to pull the book back because of so much response that we had and we had to get the lawyers involved and everything, but we’ve gotten all that ironed out. So, The Truth Exposed will be released in the spring. 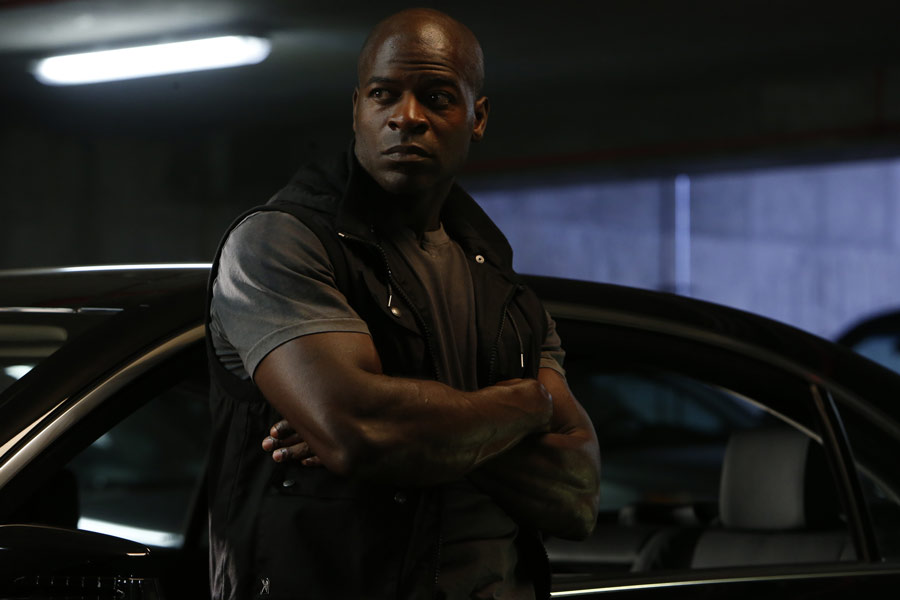