An arrest warrant has been issued for former NFL wide receiver Chad Johnson, who is accused of violating the terms of his probation in Florida. NFL.com reported the warrant for Johnson was issued on May 7 after multiple violations of his probation.

According to the Broward County Sheriff’s Office per the website, Johnson didn’t appear for probation meetings in February and March and also failed to show proof that he was taking part in an intervention program for batterers.

The NFL career of Chad Johnson ended when he was cut by the Miami Dolphins last summer.

Johnson accepted the punishment of one year probation after pleading no contest to a charge of domestic battery in an incident involving ex-wife Evelyn Lozada last August 11. That incident contributed to Johnson’s release by his third team, the Miami Dolphins, in training camp last year—a development documented by HBO’s “Hard Knocks” reality series.

Johnson, a Miami native, went to six Pro Bowls in 10 years with the Cincinnati Bengals from 2001-2010. The former Chad Ochoncinco failed to stick with the Dolphins after one disappointing season in New England, where he saw little playing time.

Given his age (35) and current off-field troubles, Johnson is likely out of chances to return to the league under any name.

Report Of Eminem Being Stabbed Said To Be A Hoax 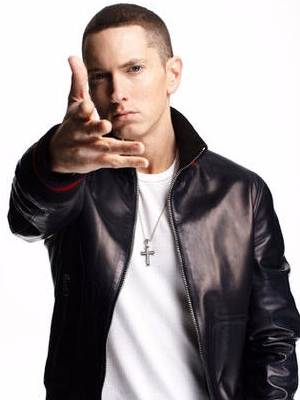 Report Of Eminem Being Stabbed Said To Be A Hoax

The text of the Facebook message was grim: "Rapper Eminem left nearly DEAD after being stabbed 4 times in NYC!" But the claim...